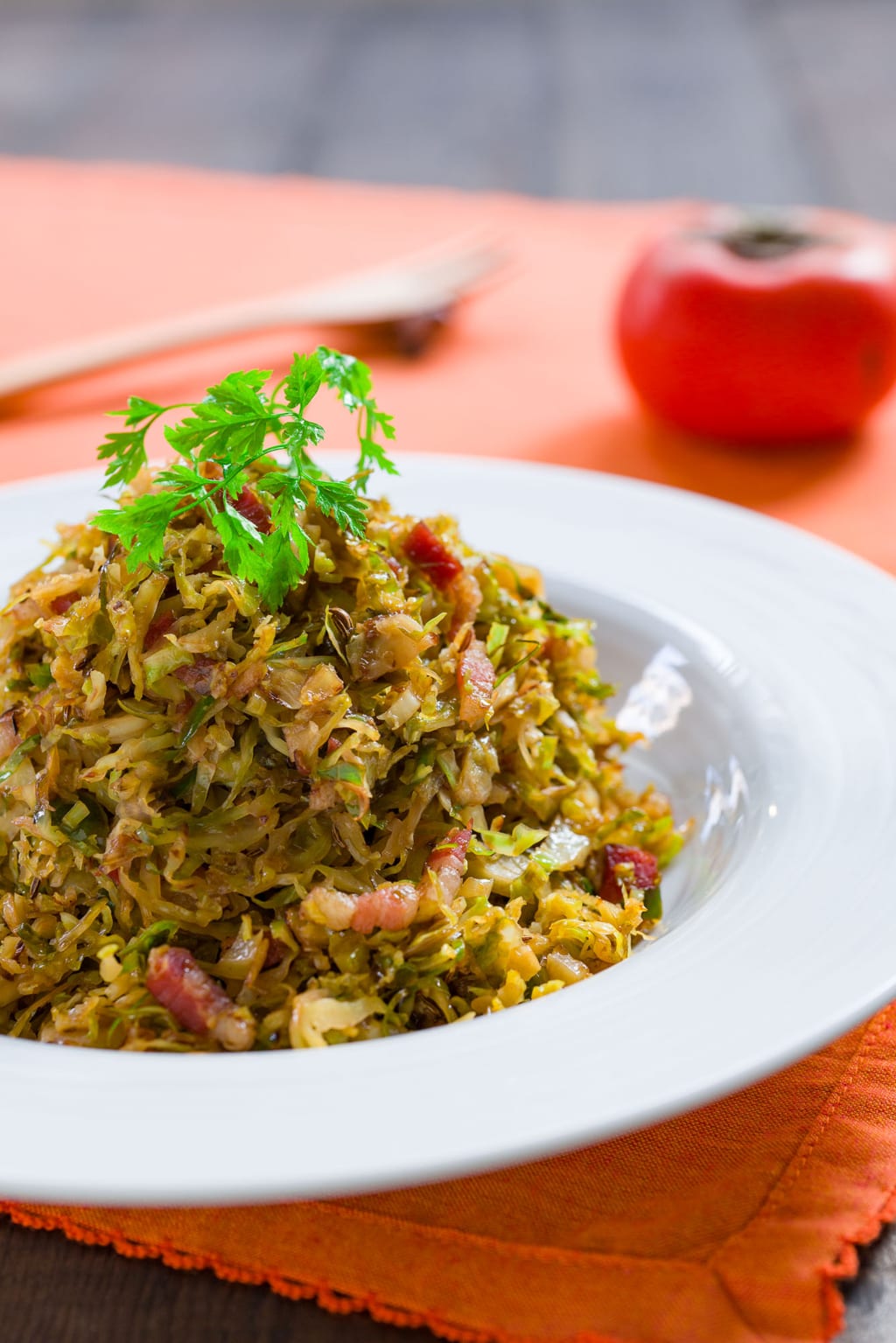 Although they may look like cute dollhouse-sized cabbages, Brussels sprouts have an earthy, mild bitter taste that tends to be rather divisive: you either love them or you hate them. But what if I told you there’s a way to make Brussels sprouts delicious no matter which side of the fence you stand on?

The key to turning Brussels sprouts into a sweet and flavorful vegetable with loads of umami is to caramelize them. Normally, if you roast them whole (or even quartered), your caramelization is limited to the outer few leaves, which means the entire center of the head retains its characteristic bitterness. By shredding the Brussels sprouts though, you greatly increase the surface area allowing to you to caramelize every bit of the diminutive cabbage.

To balance the sweetness of the shredded Brussels sprouts, I like to brown a bit of pancetta in the pan before sauteeing the sprouts. If you want to make this vegan, just leave them out and double the amount of olive oil. You can add some pine nuts or pecans at the end for some extra protein if you like.

To season these, I love using a bit of pomegranate molasses. It’s a thick maroon syrup made by reducing pomegranate juice and has a sweet/tangy taste with a marvelously floral aroma that brings out all the best parts of Brussels sprouts, while smoothing over the rough spots. The natural sugars in pomegranate molasses also aid in the caramelization of the shredded sprouts. You can find pomegranate molasses in the ethnic aisle of some supermarkets, or you should be able to find it in a Middle Eastern grocery store.

When the shredded Brussels sprouts are finished they’re a golden caramel hue with a pleasant sweetness juxtaposed by the tartness of the pomegranates and saltiness of the pancetta. It makes this an addictive side that’s the perfect compliment to a Thanksgiving dinner. 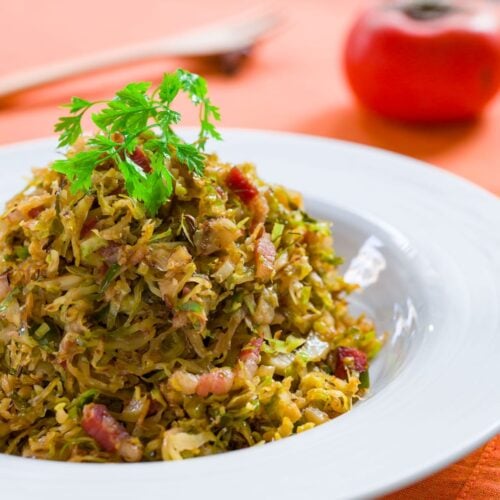