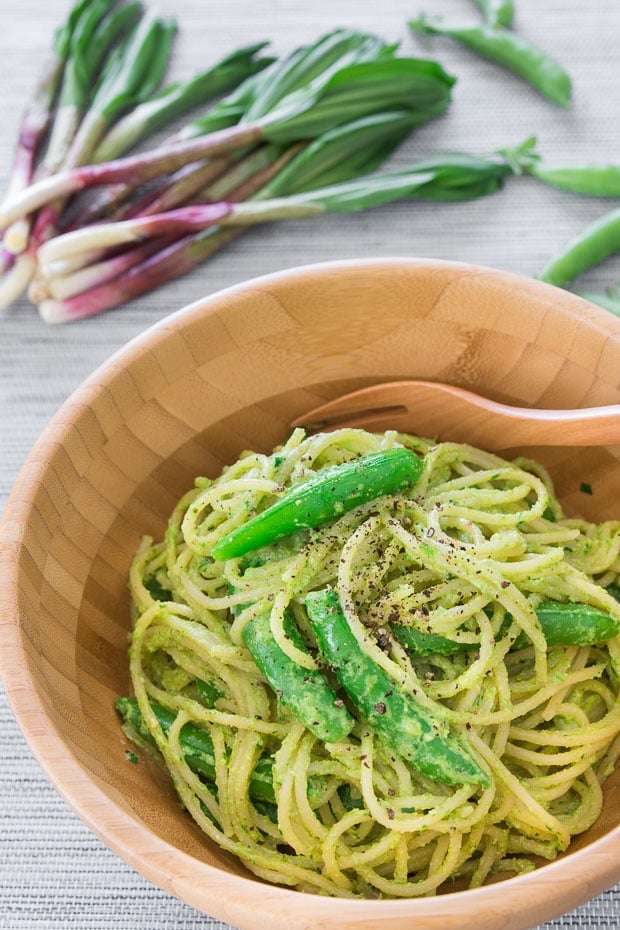 Winters in New York can be rough. It’s not just the biting cold, the lack of foliage and dirty snow turns the concrete jungle into a vapid expanse of grime. This bleakness projects itself upon everything from fashion to hospitality. But like a fleeting romance, spring transforms the city into something fresh and full of wonder.

The beautiful people cast aside their unflattering grey garb in favor of more revealing floral prints, verdant green shoots burst through the detritus of winter, and smiles bloom across the city like the tree blossoms overhead.

One of my favorite spring rituals from my time in New York was to hop on Metro North to a park along the Bronx River. Not one hour north of the city, the park hosts fields of ramps and fiddleheads, that to a chef, might as well be a field of gold.

If the word “ramps” makes you think of the things you drive your car onto to change the oil, I can’t blame you. They’re all but unknown outside the Northeastern part of North America. A species of Allium, ramps have broad tender leaves and a small bulb near the roots. With a flavor that’s somewhere between leeks and garlic they’re delicious in just about anything you would use garlic in.

Because I’d never seen them in other places during my travels I assumed that ramps were a delicacy that could only be enjoyed during their brief season in the northeast. Imagine my surprise when I was shopping at my local supermarket in Sapporo, Japan when I came across a display of something that looked just like ramps being sold as “gyouja ninniku”

As it turns out gyouja ninniku is a slightly different species (allium victorialis as opposed to allium tricoccum), but the similarity in flavor and appearance is striking and they can be prepared the same way. I’ve done a ramp pesto before, but this time, I wanted to do something creamy without the dairy.

Raw cashew nuts have a neutral flavor and are sweet, creamy and packed with umami. This makes them the perfect dairy substitute, especially for cheese. While the cashews round off some of the harsh edges, there’s nothing subtle about this pesto. With a wild grassy flavor and an aggressive allium punch, it’s potent, and something you want to make sure every member of your household eats so don’t end up a pariah. If you’re not prepared for the intensity of raw ramps, just blanch them first lightly to make them milder. 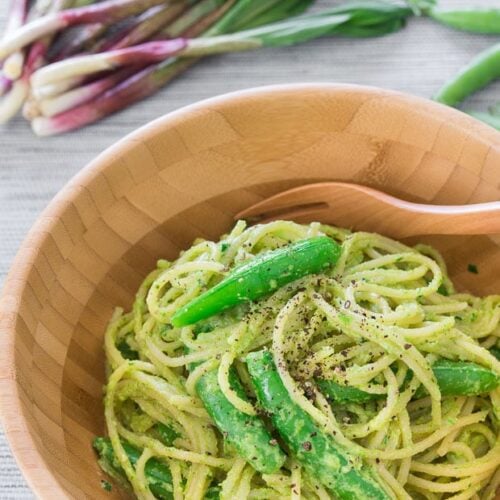