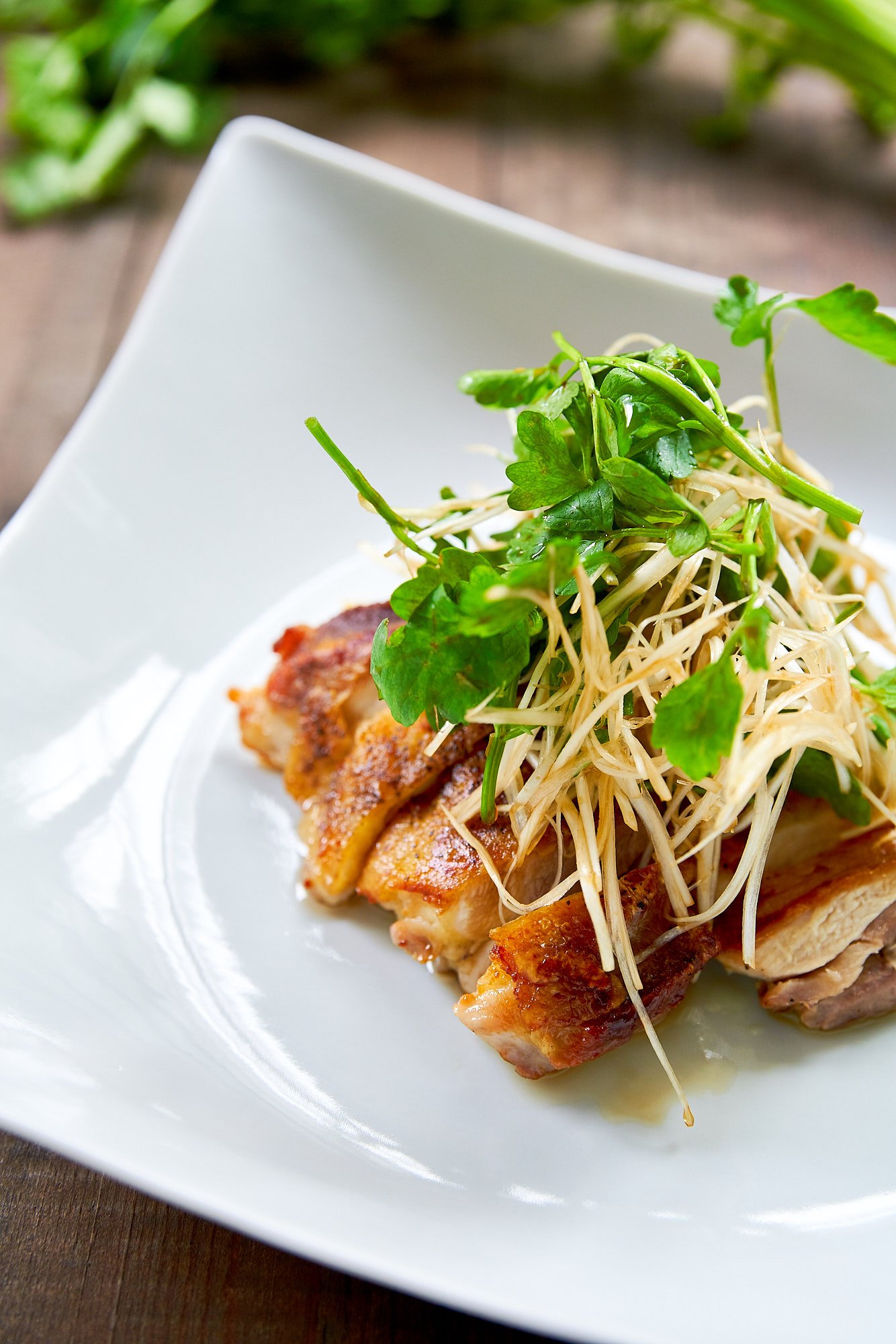 A culinary fireworks display of textures, tastes, and flavors, the chicken is simply seasoned with salt and pepper before being pan-fried until the fat in the skin has rendered out, and it’s crackling-crisp. The salad on top is a crisp julienne of tamed scallions with seri, which is tossed with a simple soy sauce and rice vinegar dressing. Together, the fresh, vibrant salad balances out the rich, juicy flavor of the chicken, making for a complex, yet balanced dish that belies its simple preparation. 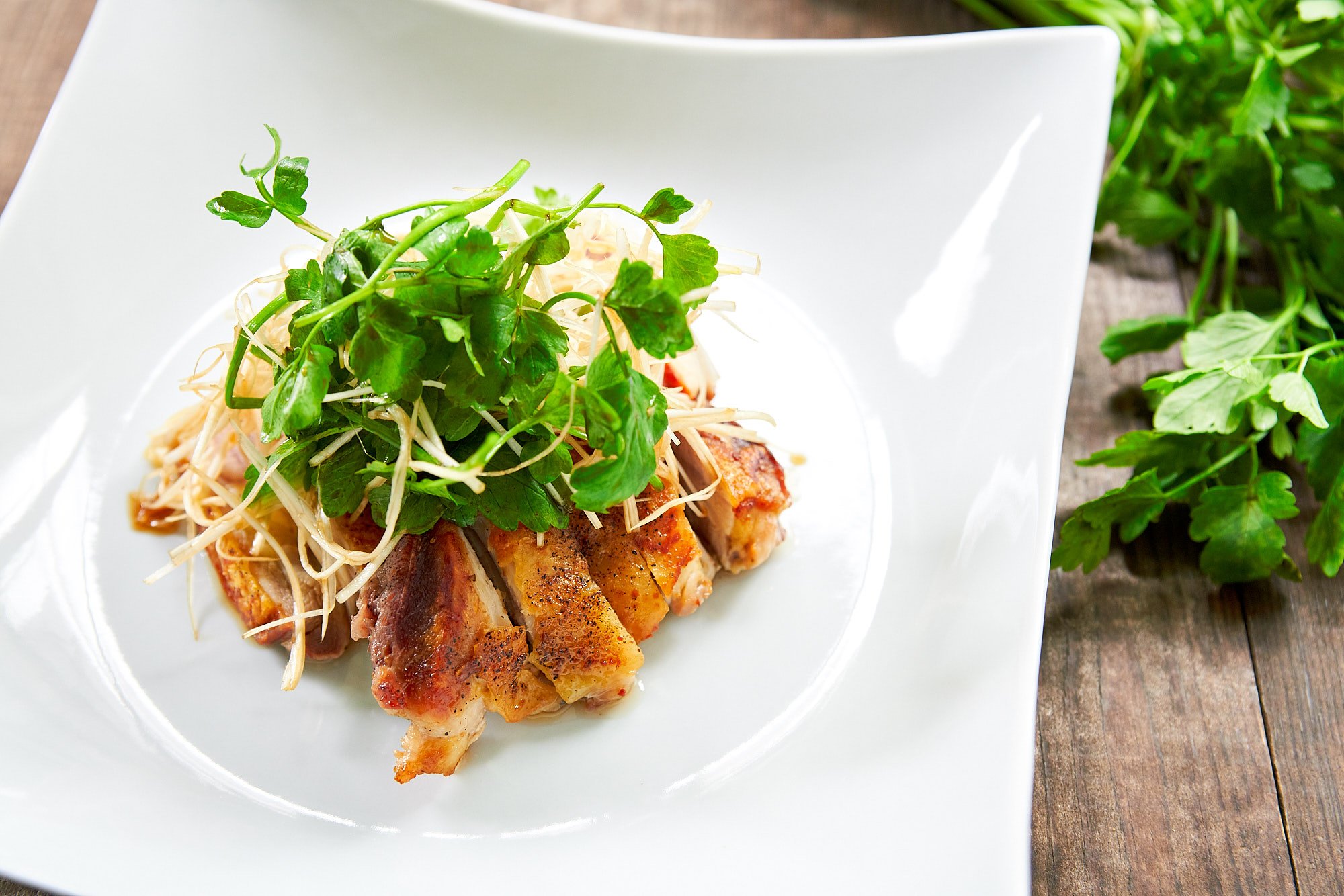 There are a few kitchen tricks that make these ordinary ingredients extraordinary. The first thing is that I use a weight on top of the chicken while it’s cooking. This increases the chicken’s contact patch with the pan, which not only helps it cook more quickly, it also ensures that every bit of skin ends up golden brown and crisp. This also eliminates the need to add oil to the pan, while rendering out most of the excess fat from the chicken.

For the scallions, I like using the white parts for this dish, because they are more tender than the green parts. Slicing the scallions into thin ribbons and then taming them in a baking soda solution, breaks down the volatile sulfur compounds (which make raw onions spicy). This leaves the pleasant sweet flavor of the scallions along with their crisp texture, that adds both complementary and contrasting flavors and textures to the savory chicken. 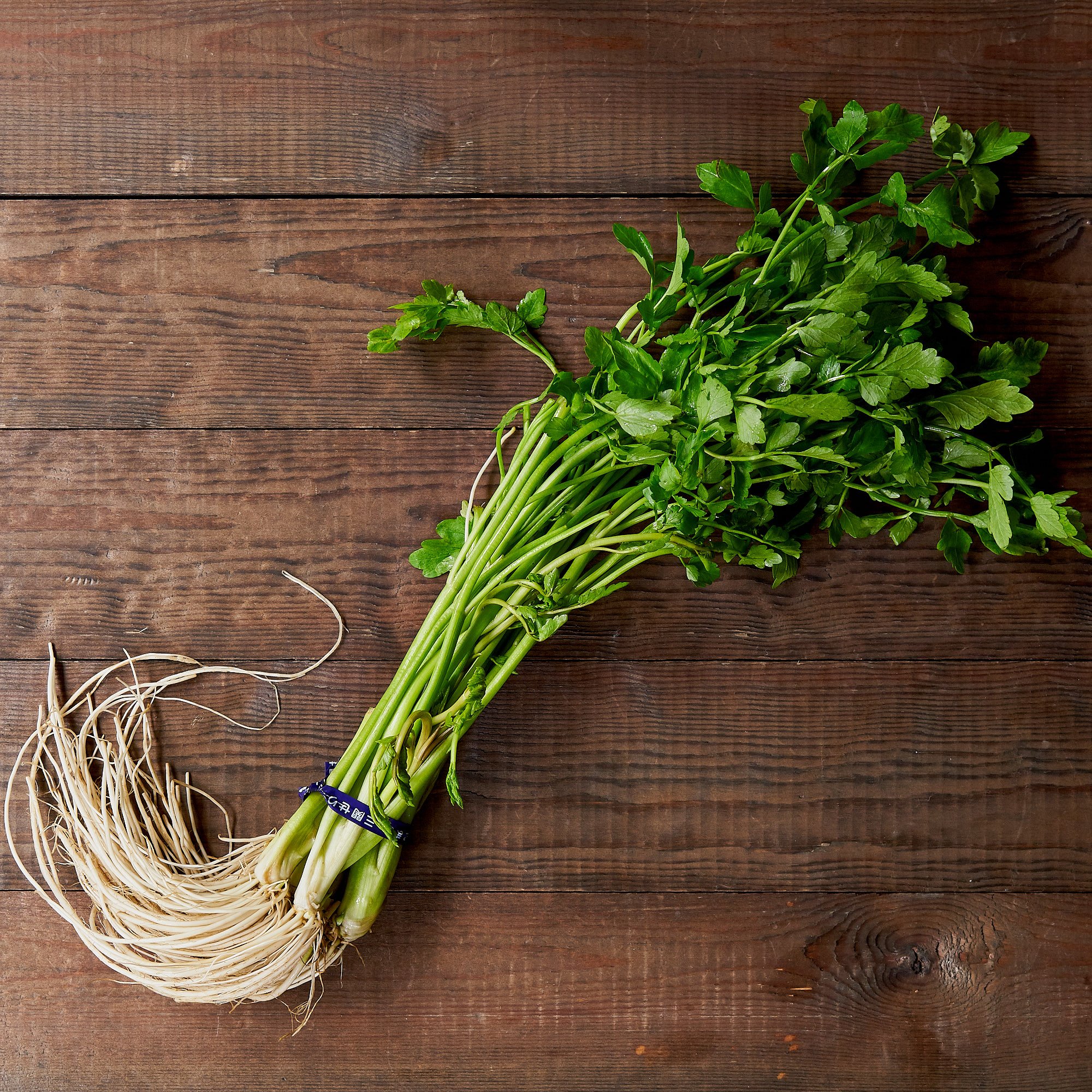 The green herb in the salad is called seri in Japanese, but it’s also known as Minari (Korean), Chinese Celery or Java Dropwort. It’s an Asian herb that grows in wet areas such as along streams and around lakes and can usually be found in Asian grocery stores. If you can’t find it locally, you can substitute watercress, arugula, or cilantro in the salad.

Whether you decide to serve it topped with the salad or not, the crispy skinned chicken works with all sorts of sauces and toppings. If you decide to forgo the salad, try the crisp chicken with teriyaki sauce, korean fried chicken sauce, or even by itself, with a sprinkle of lemon zest and a splash of lemon juice. 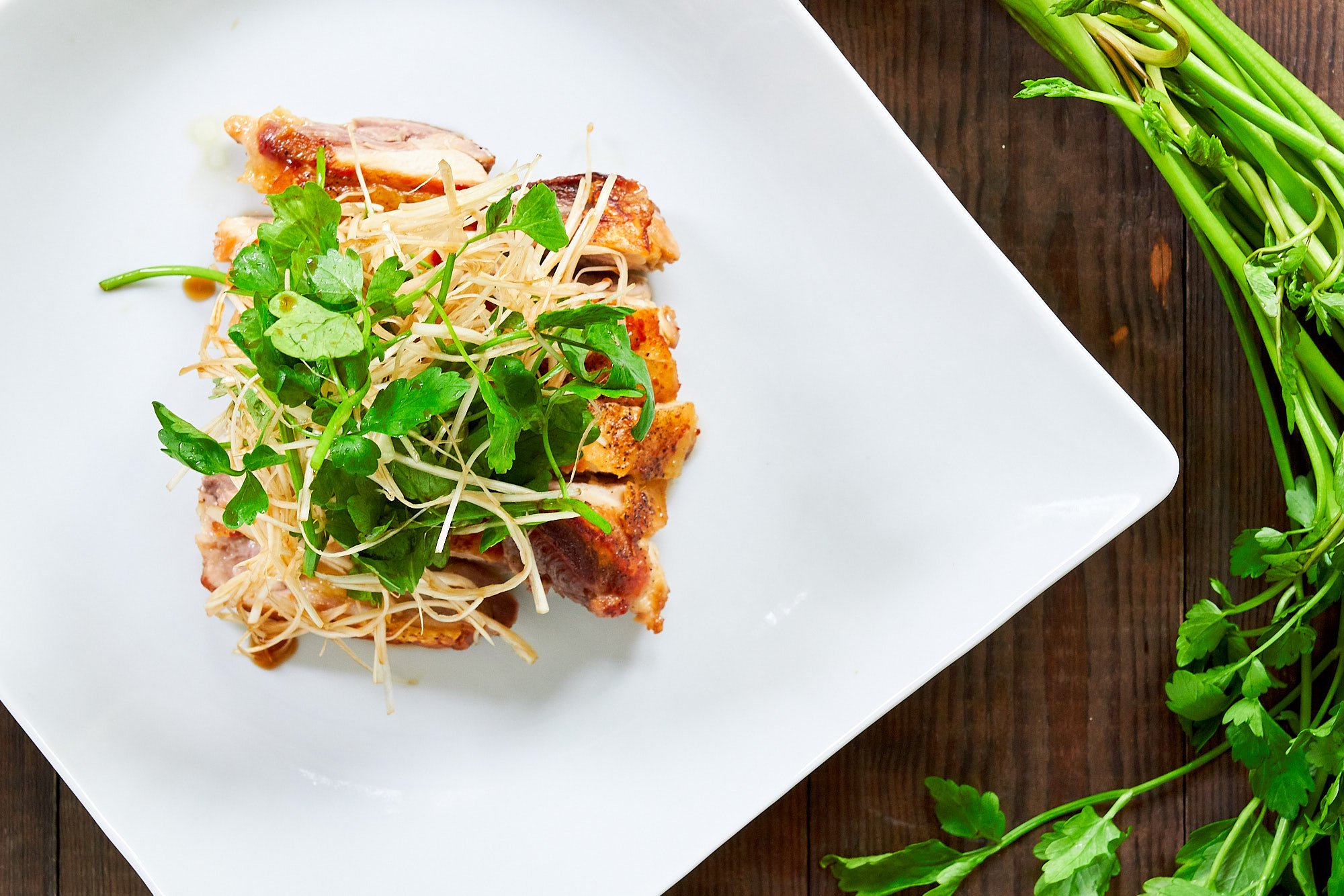 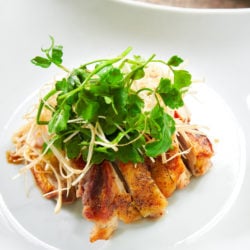