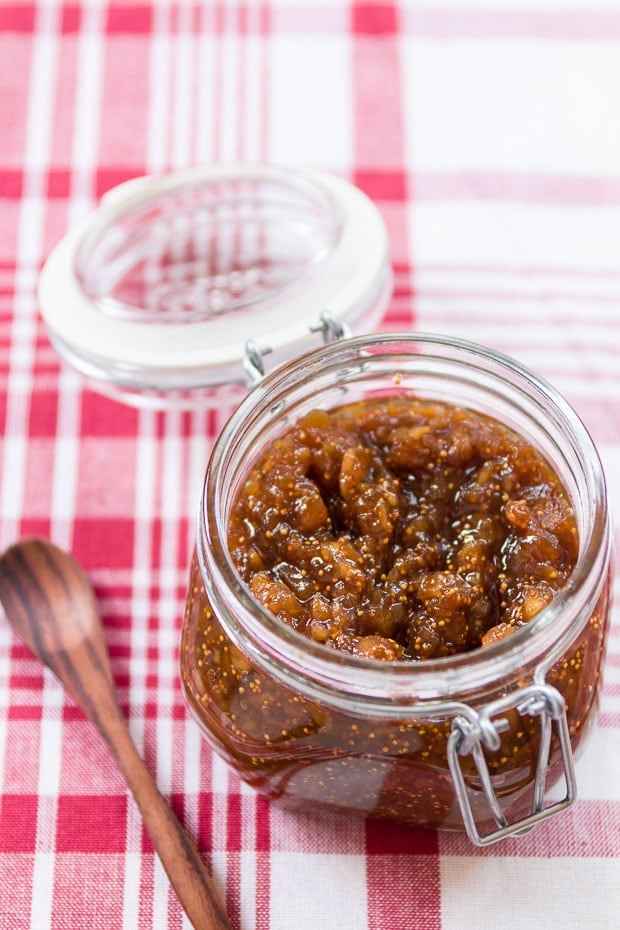 Black mission figs aside, I’ve never been a big fan of figs or anything made from them. I guess I’ve always found them a bit flavorless as far as fruit goes. When my dad came to visit my new pad in Tokyo bearing a jar of fig jam from his neighbor in the Blue Mountains, I kind of expected it would work its way to the back of the pantry like an itchy wool sweater.

A few days later, after making my first batch of yogurt in the new place, I realized I had neither honey nor fruit to eat with it. Begrudgingly, I opened the bottle and added a dollop to my bowl of silken Lactobacillus lactis cremoris fermented yogurt. Sweet and intensely fruity with small chewy chunks of translucent fruit punctuated by seeds that popped like fireworks in my mouth, this stuff was awesome!

Partially consumed jars of jam have a tendency of sitting in my fridge for months before they eventually get tossed to make room for something else, but somehow I managed to polish off the entire bottle of fig jam in less than a month. Rather than wait another year for my dad to come visit again, I decided to take matters into my own hands. A quick look at the label revealed the ingredients as “sugar, figs, and apples”

For my version I wanted to make two small changes. The first was to add something to accent the sweet fruit. I thought about adding a bunch of spices, but at the end of the day I decided to keep it simple with the addition of a single stick of cinnamon. The second goal was to give the jam more depth by boosting the umami.

Most of you are probably familiar with the importance of umami in savory foods. Heck, “umami” is often translated as “savoriness”. But it should really be translated as “deliciousness” since that’s what the root word umai (旨い) means. That’s why it’s just as important for sweet foods as it is in savory ones. It’s one of the reasons why using butter makes baked goods taste better than using shortening.

To get a boost of umami in these preserves I decided to rehydrate the dried figs in sake. Sake, which is made by brewing rice, is loaded with amino acids that stimulate the umami taste receptors on your tongue. As far as alcoholic beverages go, sake has several times the concentrations of these amino acids than wine or beer have and using it in place of water is an easy way to elevate the level of umami of any food without changing the flavor profile much.

After the figs and sake have had a chance to get to know each other overnight, everything goes into a pot to simmer until you get this shiny fig preserve that’s delightful on buttered toast and even better in yogurt! 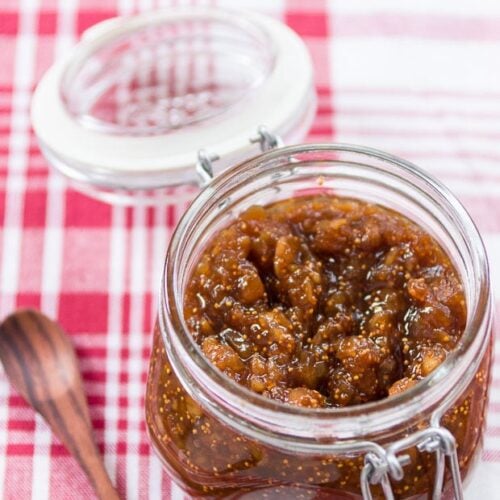