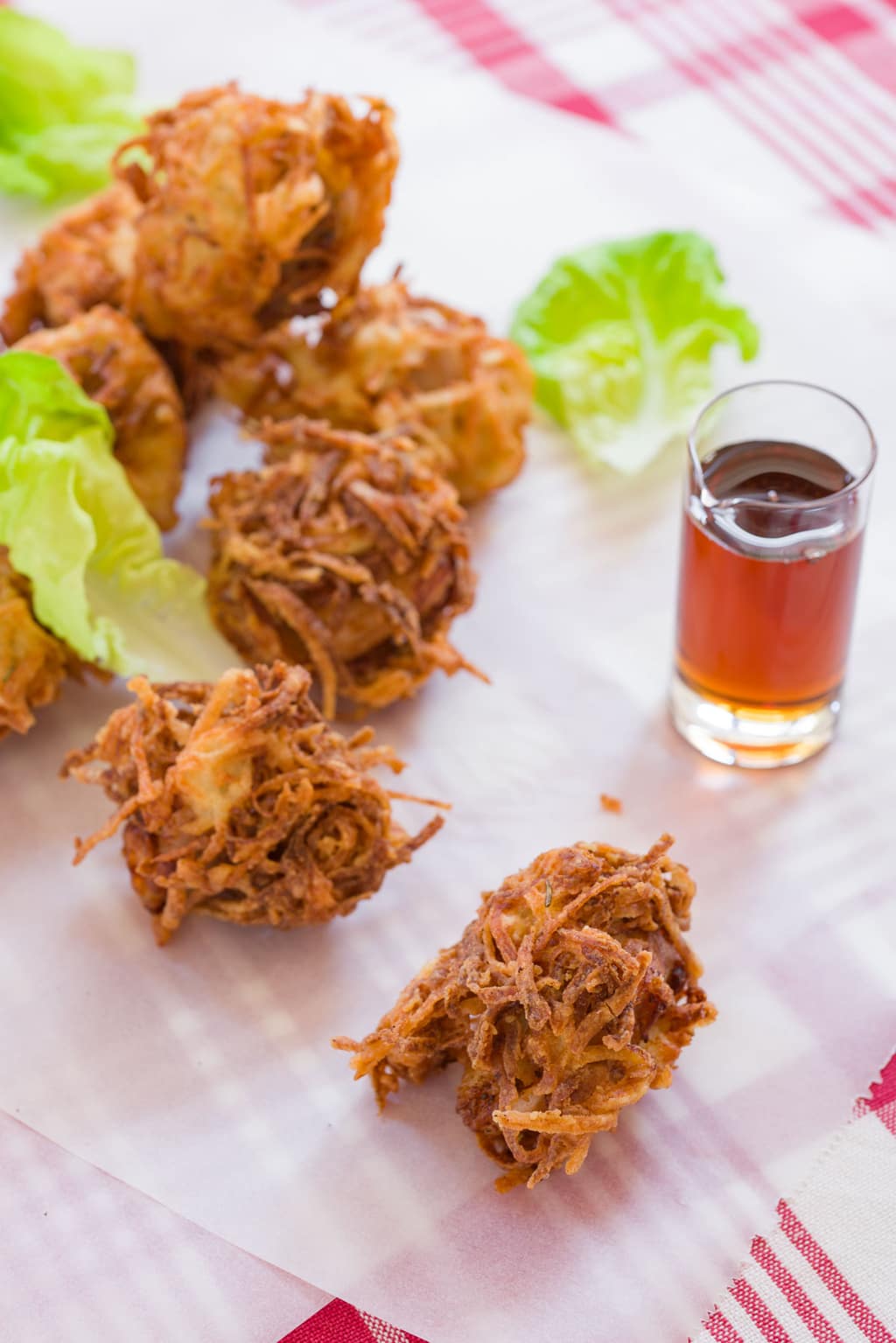 I’m pretty sure I may have mentioned once or twice that fried chicken is one of my favorite foods of all time. There’s something fundamentally satisfying about the textural contrast of biting through a crisp savory shell into a juicy piece of chicken. Perhaps that’s why I also love hash browns… Do you see where I’m going with this…

It’s not like fried chicken needed to be reinvented, but I’m all about trying new things to see if there’s something novel and delicious to be discovered. Afterall, if our predecessors only stuck to the foods they were familiar with, we’d still be hanging out in trees and eating fruits and nuts.

The inspiration for this Hash Browned Chicken came from my love of pouring maple syrup onto chicken and waffles, or honey onto chicken and biscuits. It’s a sordid sweet and savory affair that goes back to my childhood when I’d “accidentally” pour maple syrup on everything on my plate, from sausages to hash browns. It didn’t take much stimulus to spark the connection between hash browns and fried chicken, and from there it was just a matter of figuring out how to get the hash browns to stick to a piece of chicken (which was no small feat).

I tried everything from making a fritter batter with the potatoes to using eggs to bind the potatoes with the chicken. While these both these methods make coating the chicken marginally easier, they both give you a battered shell that’s neither hash browny, nor fried chickeny. Precoating the chicken with flour results in a floury sticky mess and not using any flour will result in naked chicken with the strings of potato floating away in the oil. The best method I could come up with is to toss the potatoes with just enough flour so that the individual strands of potato don’t stick together. Then the buttermilk brine that’s still clinging to the chicken causes the flour coating the potatoes to stick together and form a shell that’s not too dense.

It can still be a bit of challenge getting the potatoes to stick evenly without giving into the temptation to press everything together, but a little practice and you should have it down. After frying them up, the potatoes form a ridiculously crunchy crust that shatters with each bite. On a 1-10 crunch scale, these would rank an 11! Inside each bundle of hash brown goodness is a tender morsel of savory buttermilk brined chicken. Given that these stay crunchy long after they’ve cooled, they’re perfect for taking on a picnic (just make sure they’re totally cool before you put them in a brown paper bag to transport). Serve them with maple syrup, ketchup, or your favorite hot sauce for a tasty treat that’s at once familiar and yet totally new. 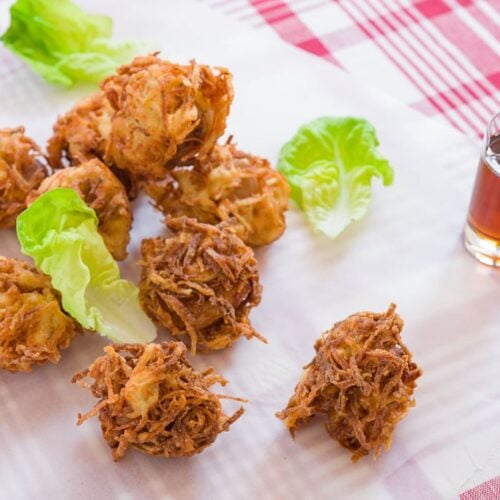