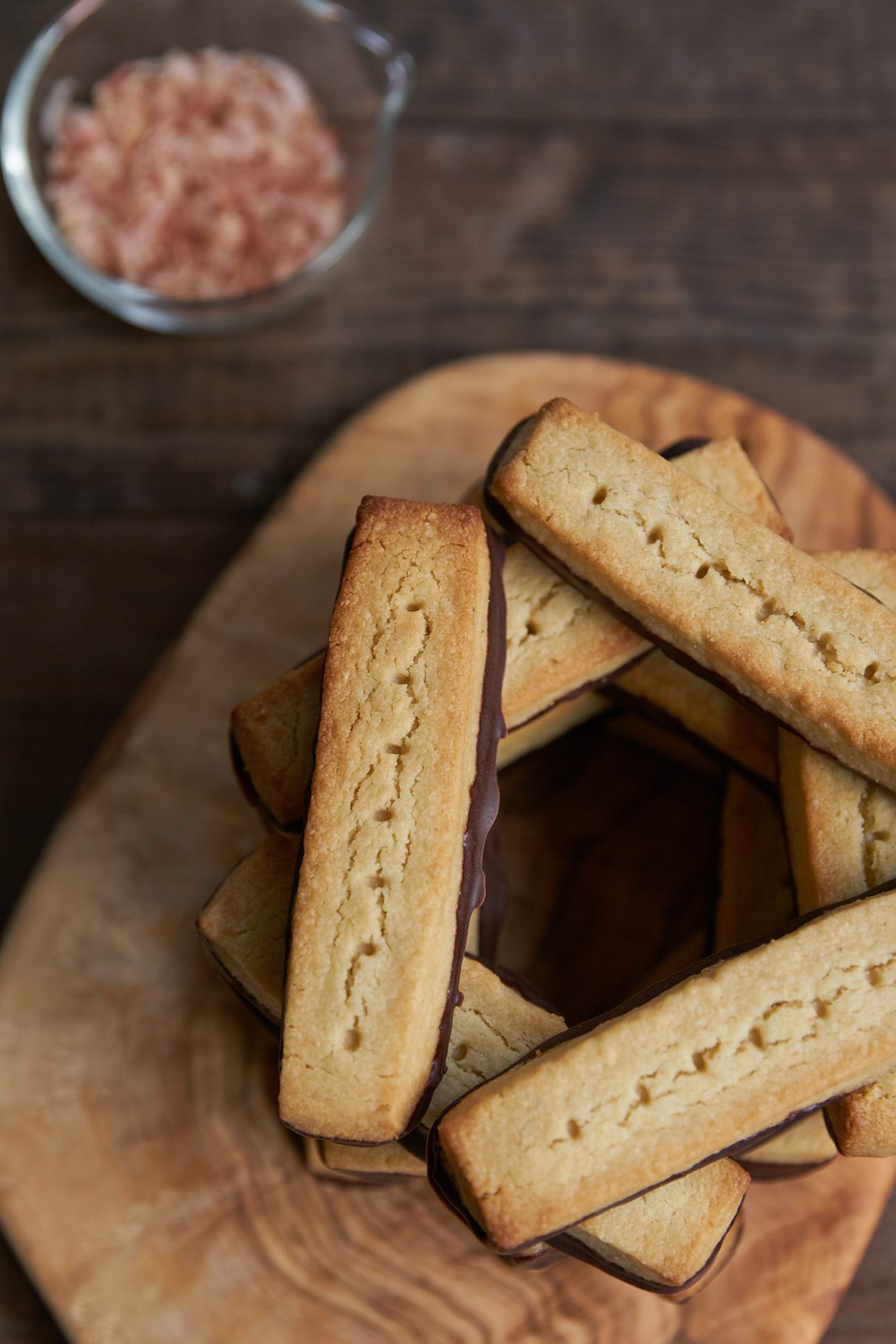 For those of you that know what Katsuobushi is, don’t worry, I have not lost my mind. For those that don’t know what katsuobushi is, it’s smoked, aged and dried skipjack tuna which is most commonly used to make Japanese dashi stock.

Now, I know what you’re probably thinking, but let me give you the backstory before you judge. I recently got asked to join as a guest on a news program to talk about a new Katsuobushi plant that’s opened up in France to produce katsuobushi for the European market. Because the Japanese have a pretty limited number of ways in which they use katsuobushi, I was asked if it’s an ingredient that could be used in western food.

Because Katsuobushi has a meaty, smoky, savory flavor, that’s pretty similar to bacon, the obvious ways are in things like pasta sauces and stews, but the question got me thinking: what are some ways in which this normally savory ingredient could be used to push boundaries?… 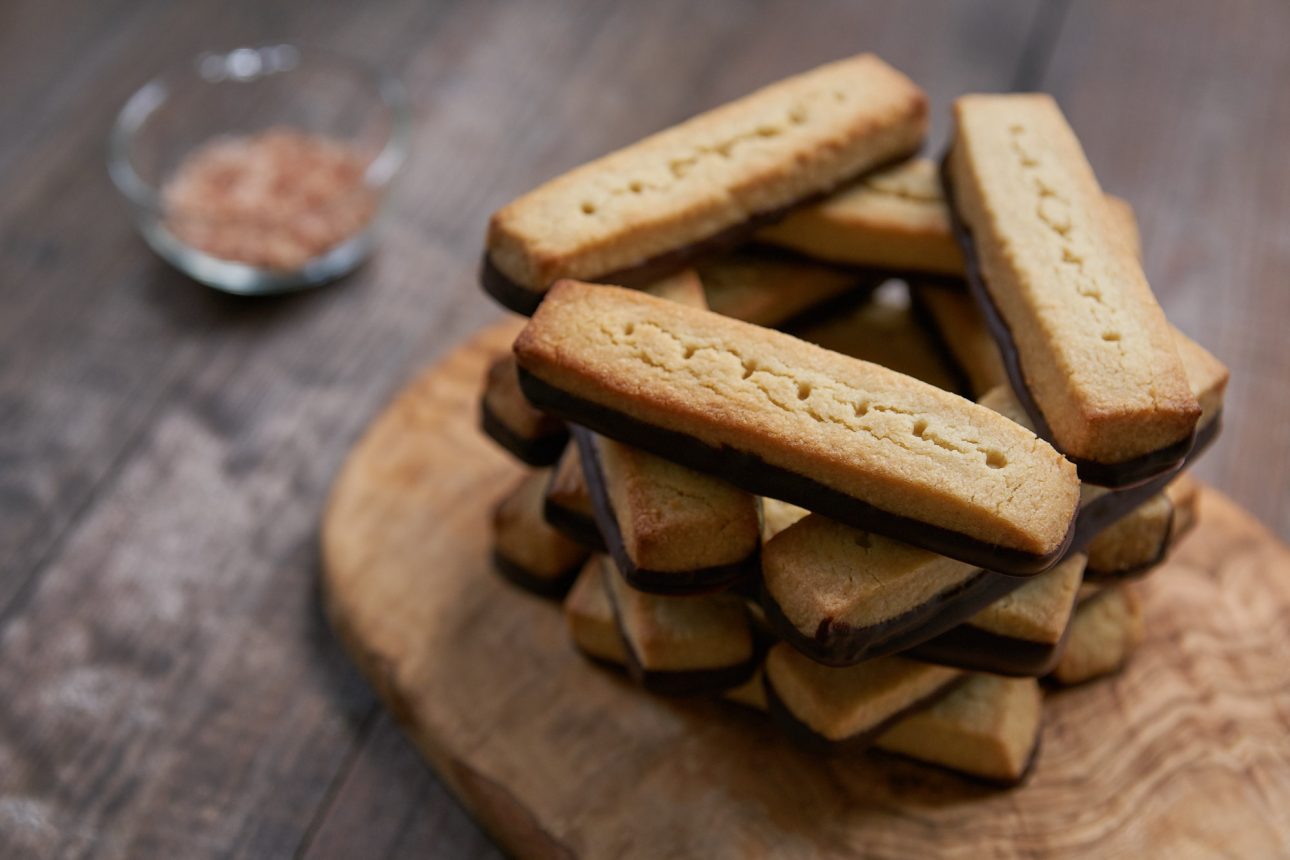 As I started to think of more unusual ways to leverage this synergy I listed off other foods that contain a lot of glutamates such as cheese, tomatoes, corn, and butter. Butter is an interesting one because it’s an ingredient that can go into both sweet and savory foods. That’s when the thought occurred to me that katsuobushi might work in sweets. If bacon can be coated in chocolate, or added to pecan pie, then surely katsuobushi would work.

Shortbread was one of the first ideas I came up with, because it’s a butter cookie that’s often as savory as it is sweet, with loads of umami. It’s also something that pairs so well either with other desserts or as part of the dessert (such as the crust). Ordinarily the umami in shortbread is expressed thanks to Maillard browning, that boosts the umami in the butter as well as the flour. In this case, I wanted to add katsuobushi as another umami-boosting ingredient.

The idea of adding fish to a dessert might sound a bit gross at first, but the nearly 3 month long process to turn the skipjack tuna into katsuobushi virtually eliminates any fishy odor and supplants it with oodles of umami, along with a marvelous smoky flavor that’s intense, without being acrid. 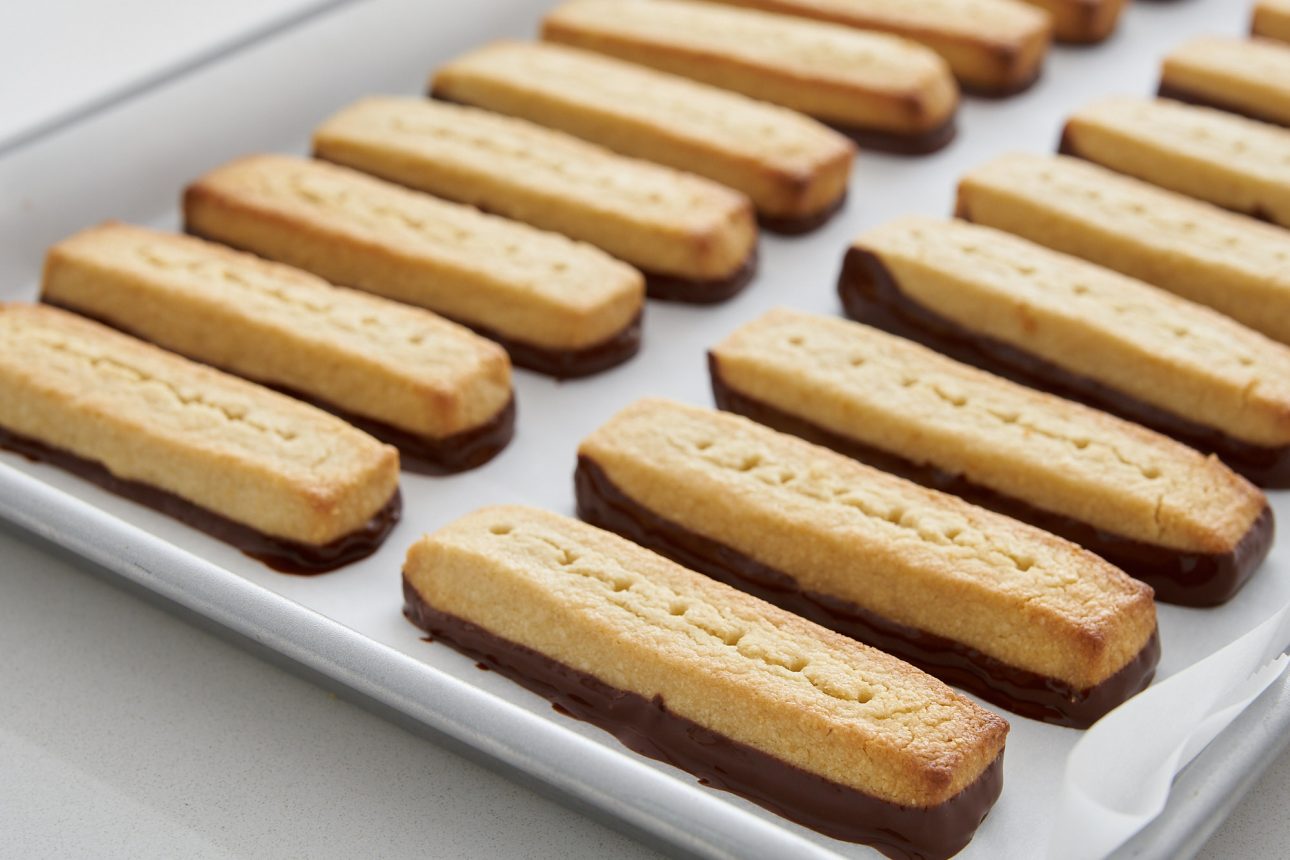 While the shortbread on its own is delicious, I decided to dip it in a bit of dark chocolate (Valrhona Caraïbe) which has some nut and coffee notes that I thought would play nicely with the smoky katsuobushi. Another flavor that I think would work really well here is maple, but I didn’t have any maple sugar, and adding syrup to shortbread is a bad idea because of its water content.

The resulting shortbread has a crisp bite, which crumbles and eventually melts away. You get some smoke up front, with bitterness from the chocolate, but this eventually melts into a rich buttery sweetness that’s tempered by little salt crystals that burst as though they’re prodding your taste receptors awake for the grand finale: a cascade of lingering umami that will put a smile on anyone’s face. 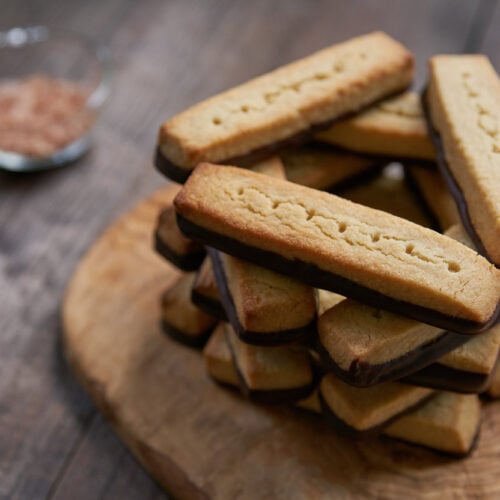 One thing to look out for is that there are a lot of fake katsuobushi's out there produced outside of Japan which don't use the same time-intensive process to smoke and age the fish. Even within Japan, the cheaper ones can be made with other fish including mackerel, bonito and sardines. These can be more fishy, which is why it's important to look for real katsuobushi made using the traditional process.
Course Dessert
Cuisine British, Experimental
Diet Pescatarian