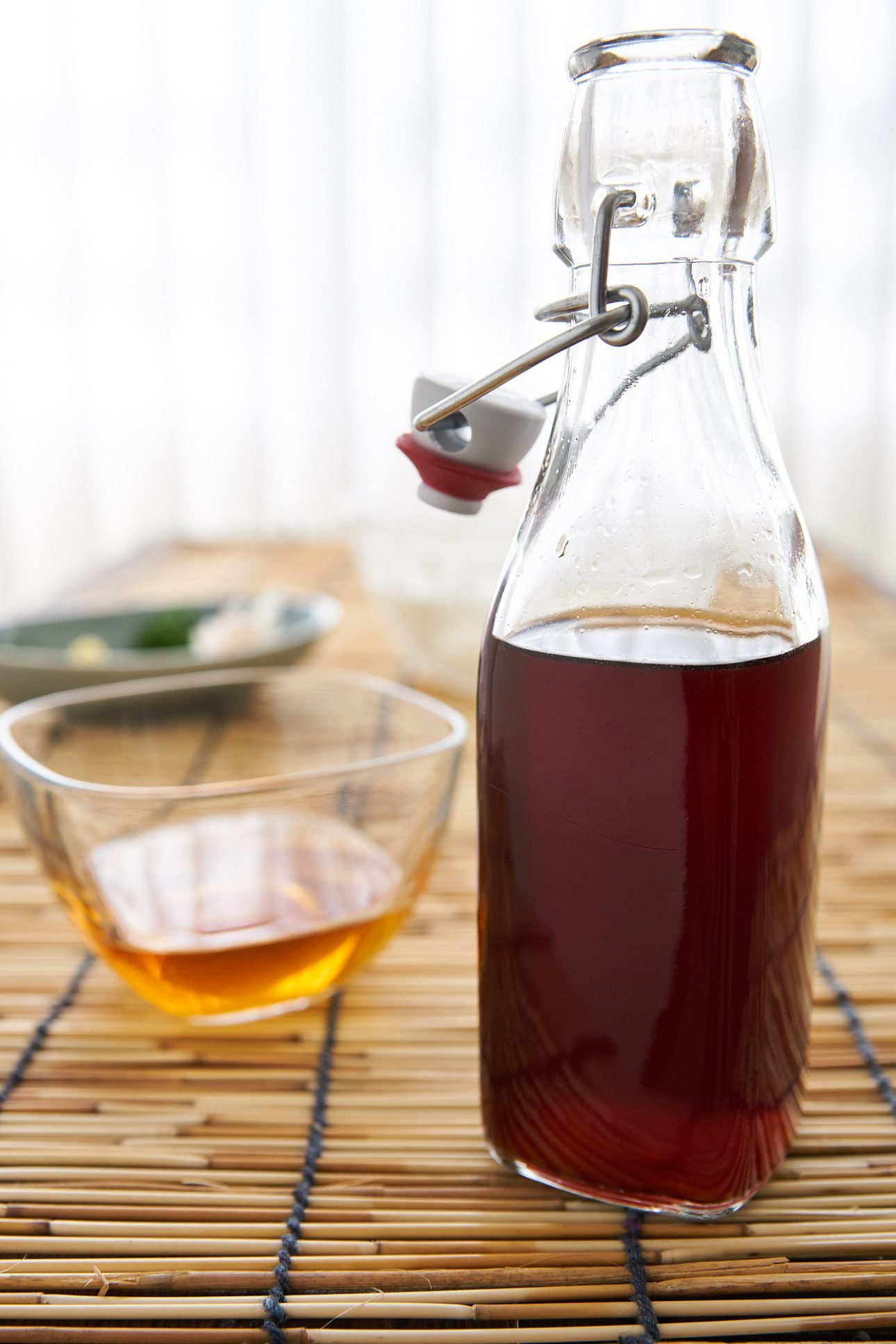 Before I get into the process of making Mentsuyu, let me take a moment to explain the difference between Kansai and Kantō-style noodle soup broths. Technically speaking, Kansai refers to an region of Japan that includes Mie, Shiga, Kyoto, Osaka, Hyogo, Nara and Wakayama prefectures, while Kantō is comprised of Ibaraki, Tochigi, Gunma, Saitama, Chiba, Tokyo and Kanagawa prefectures. But Kansai vs Kanto isn’t just about regional designations, it’s an epic rivalry akin to Pepsi vs Coke, Red Sox vs. Yankees, or Tupac vs. Biggie.

Despite being separated by a scant 150 miles, Kansai and Kantō have two distinct culinary cultures. Perhaps the most obvious difference is in the type of soy sauce that’s used for making broths. In Kansai, usukuchi(薄口) soy sauce, which literally means “light taste”, is the norm. True to its name, usukuchi soy sauce has a light caramel hue and mild soy flavor. Kantō on the other hand uses koikuchi (濃い口) soy sauce, which has the typical coffee brown color that comes to mind when you think “soy sauce”. 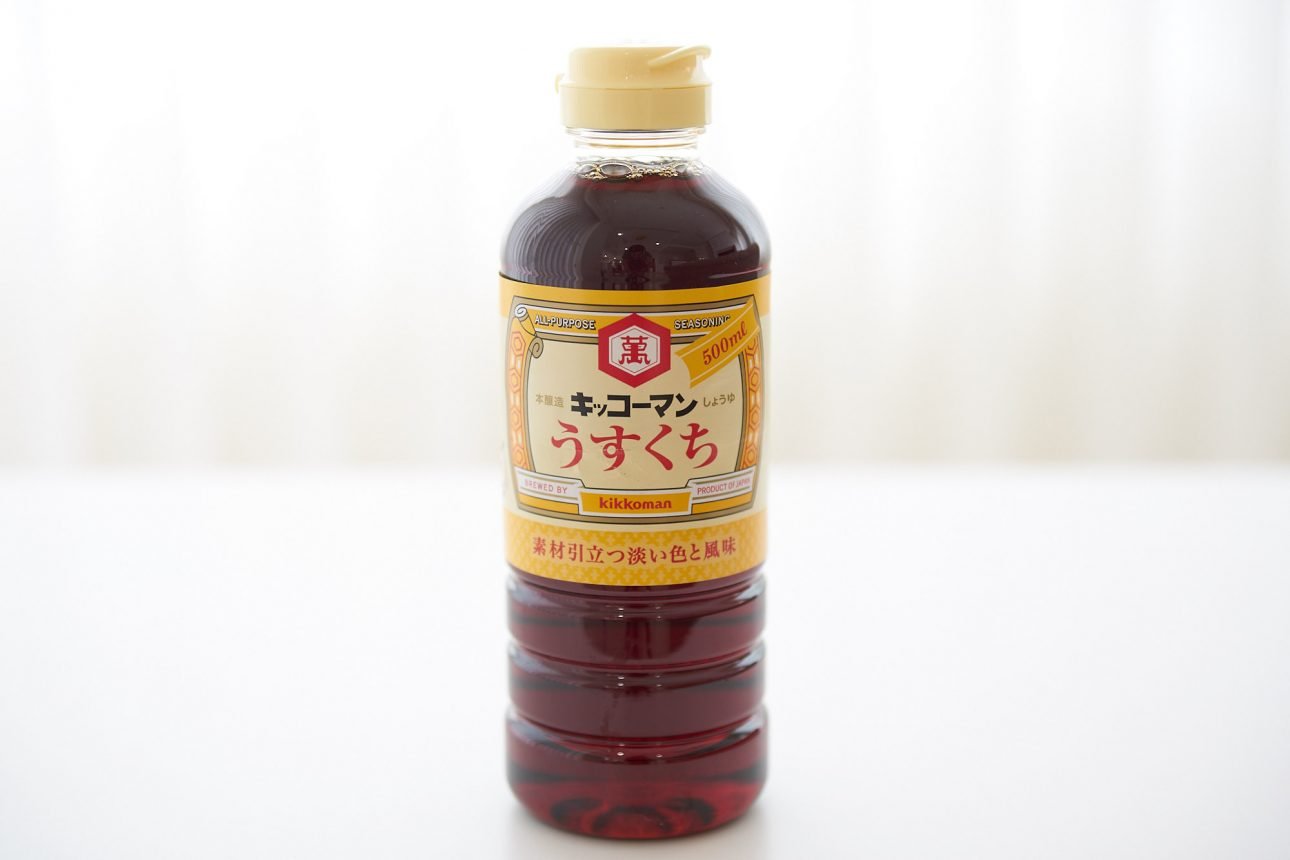 Although I live in Kantō, I prefer using Usukuchi soy sauce for my Mentsuyu because it has a lighter color and mild flavor that keeps the soy sauce from overpowering the delicate dashi broth. Also, because usukuchi has about 10% more salt than regular soy sauce, you can use less of it in your soup, giving it a golden amber hue that accents the colors of the ingredients rather than concealing them in a murky brown broth. Usukuchi soy sauce from brands such as Kikkoman should be available in any Japanese grocery store, and you can also find it online on Amazon.

The other key ingredient you’re going to need are dashi packs. These are essentially tea bags filled with the ingredients for making Japanese soup stock, including katsuobushi (smoked skipjack tuna), and konbu(kelp). If you get a good brand of dashi pack, the resulting stock is indistinguishable from a dashi made from scratch. In fact unless you’re using the very best konbu and freshly shaving your katsuobushi, it’s probably going to taste better. My favorite brand of dashi pack by far is Kayanoya. They’re not cheap, but are worth the price, taking into consideration their convenience and taste. 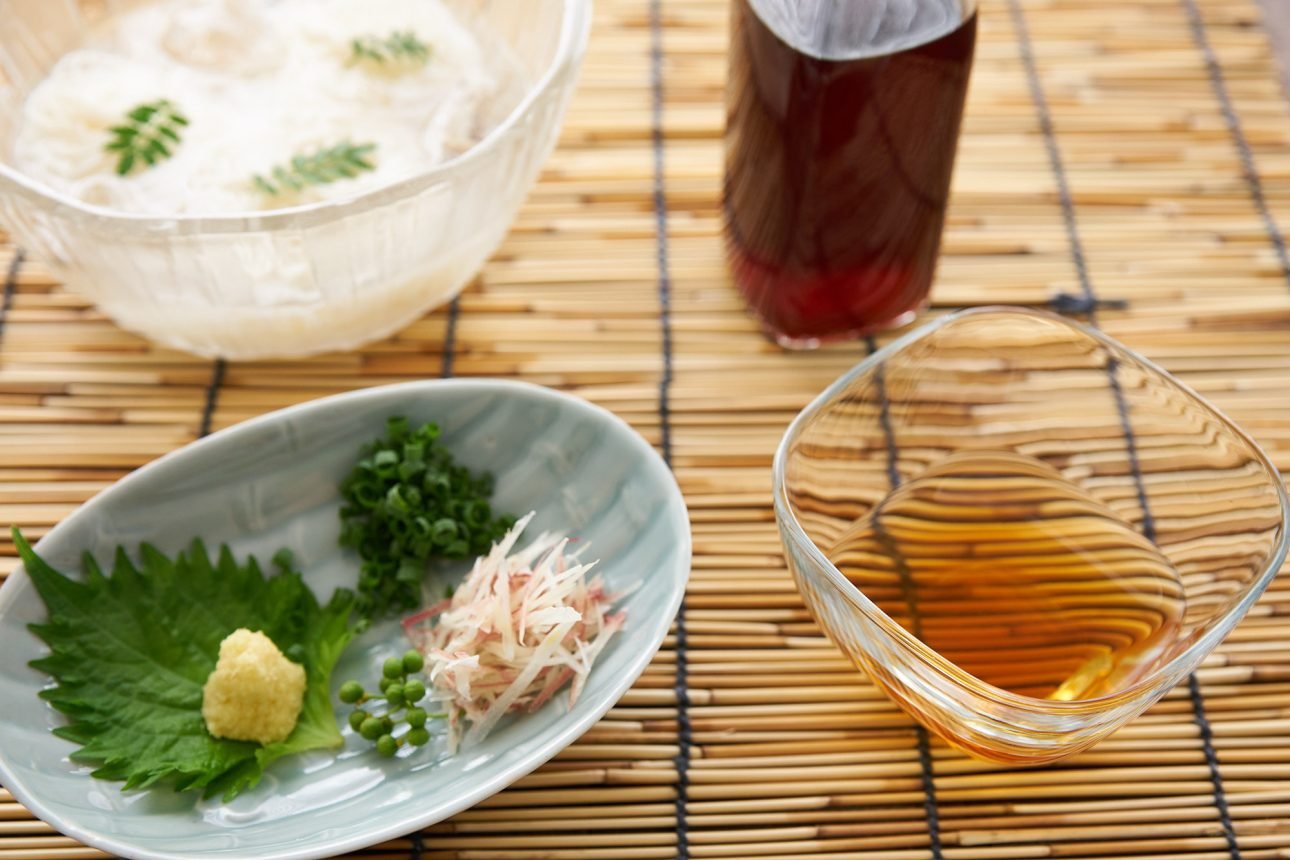 Finally, a few of you are probably going to ask, so I generally don’t like to use mirin in my Mentsuyu, because most mirin found in grocery stores is just corn syrup, grain alcohol, salt, MSG and preservatives. That’s why i’d rather just increase the amount of sake and add a bit of sugar for sweetness. If you can find real brewed mirin and would rather use it, you can substitute out some of the sake for mirin and ditch the sugar.

As for how to use it, the easiest way to think about Mentsuyu is as a more flavorful soy sauce. Whisk it together with some lemon juice, oil and minced shallots for a flavorful salad dressing. Use it as a sauce for steamed fish. Add it to western soups and stews to pile on the umami and add a subtle smoky note. And of course you can use it for its intended purpose: as a soup or dipping sauce for noodles. To make a dipping sauce for cold noodles you’ll want to dilute it with 3-4 parts water for every 1 part of Mentsuyu. For noodle soups such as udon and soba, you’ll want to thin it out with a ratio of around 10-11 parts water for 1 part Mentsuyu.

How to Cook Japanese Short-Grain Rice