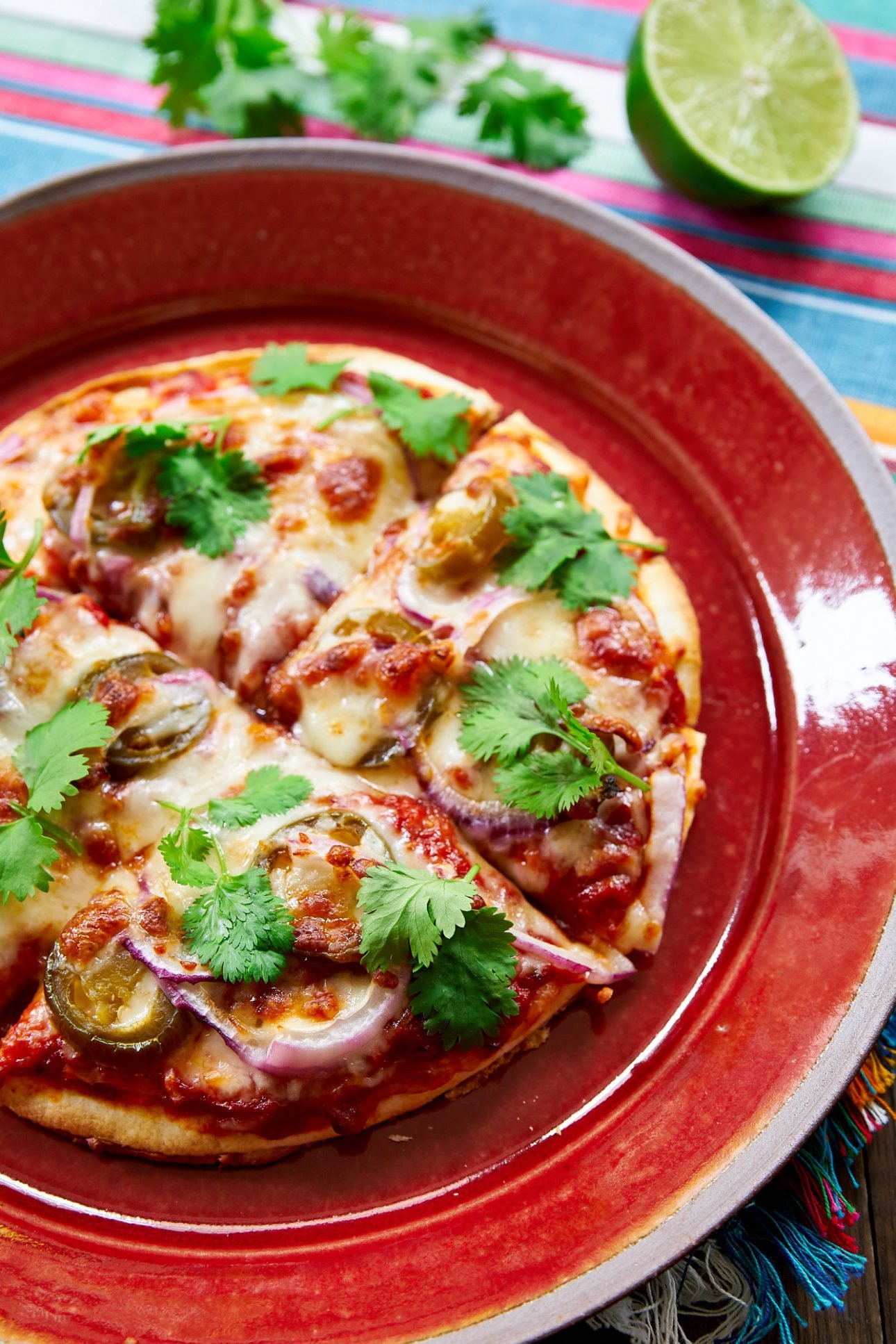 There’s nothing new about the idea of making a pizza on tortillas, but I wanted to see if I could take the concept further and go for a true hybrid between a Pizza and a Quesadilla.

Using flour tortillas for a two layer crust keeps this super quick, while providing a cracker-crisp crust. A layer of molten cheese and spicy chorizo between the two tortillas holds things together and makes this Pizzadilla taste like a Mexican pepperoni pizza. 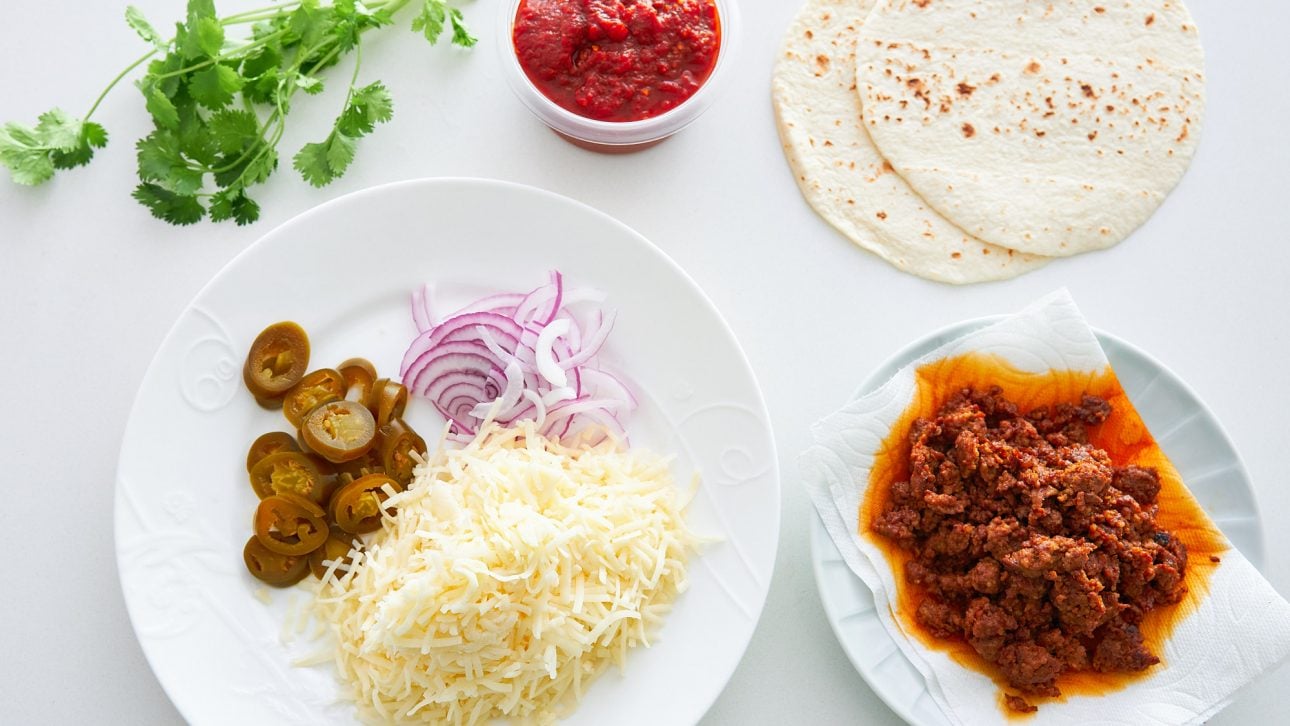 This combo would be pretty good on its own, but I decided to take things further by slathering on a layer of sauce. My pizza sauce is just my basic tomato sauce with some oregano and thyme added before being cooked down until it’s nice and thick. This keeps the top tortilla from getting soggy while introducing the sun-ripened tomato flavor you’d expect from a great pizza.

Jalapeños and red onions go on top with more stretchy cheese, and the whole thing gets baked in a toaster oven until the cheese has browned and the crust is crisp. To give it a bit of color, I like garnishing the Pizzadilla with some cilantro, and a squeeze of lime keeps the cheese from getting too rich. 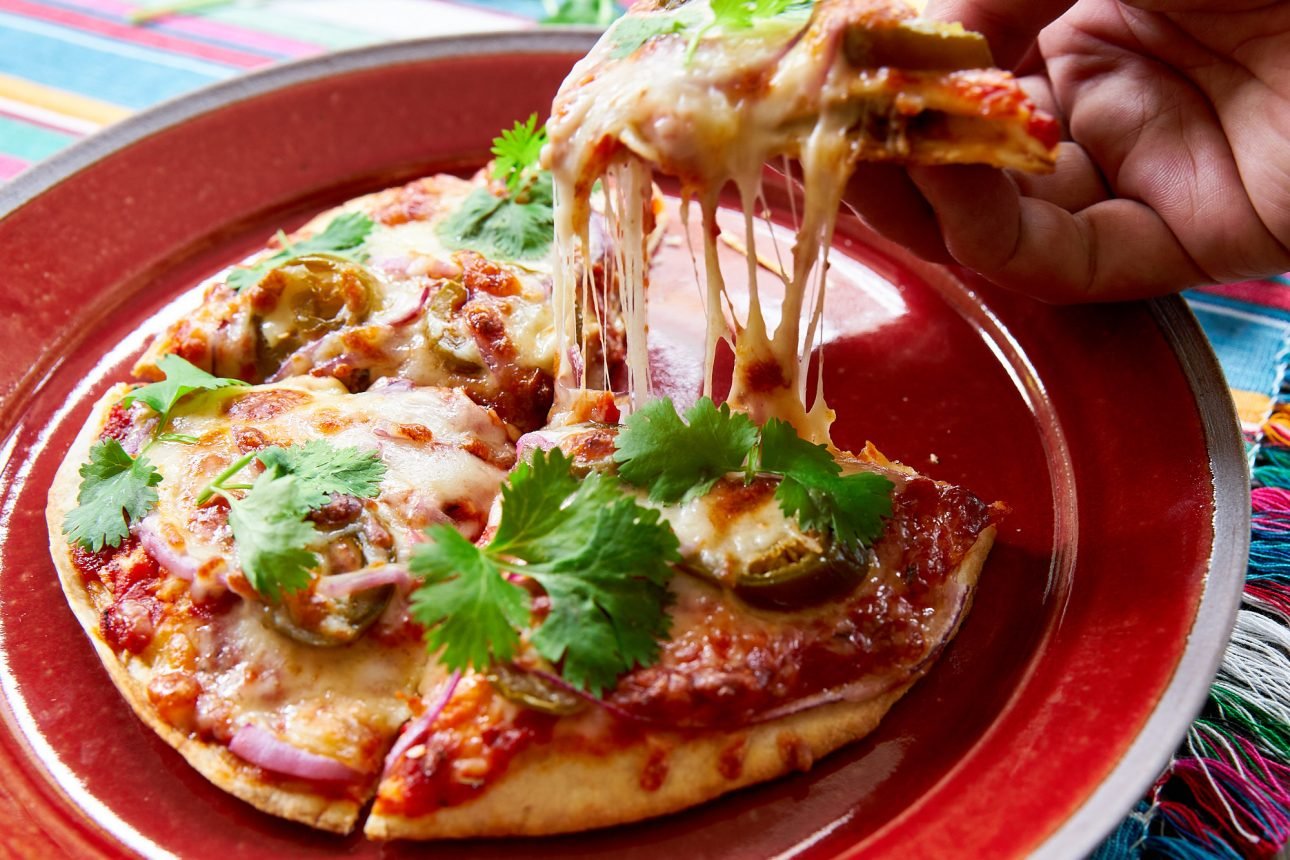 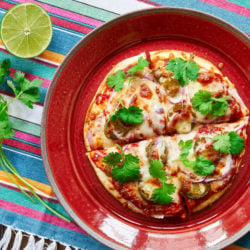