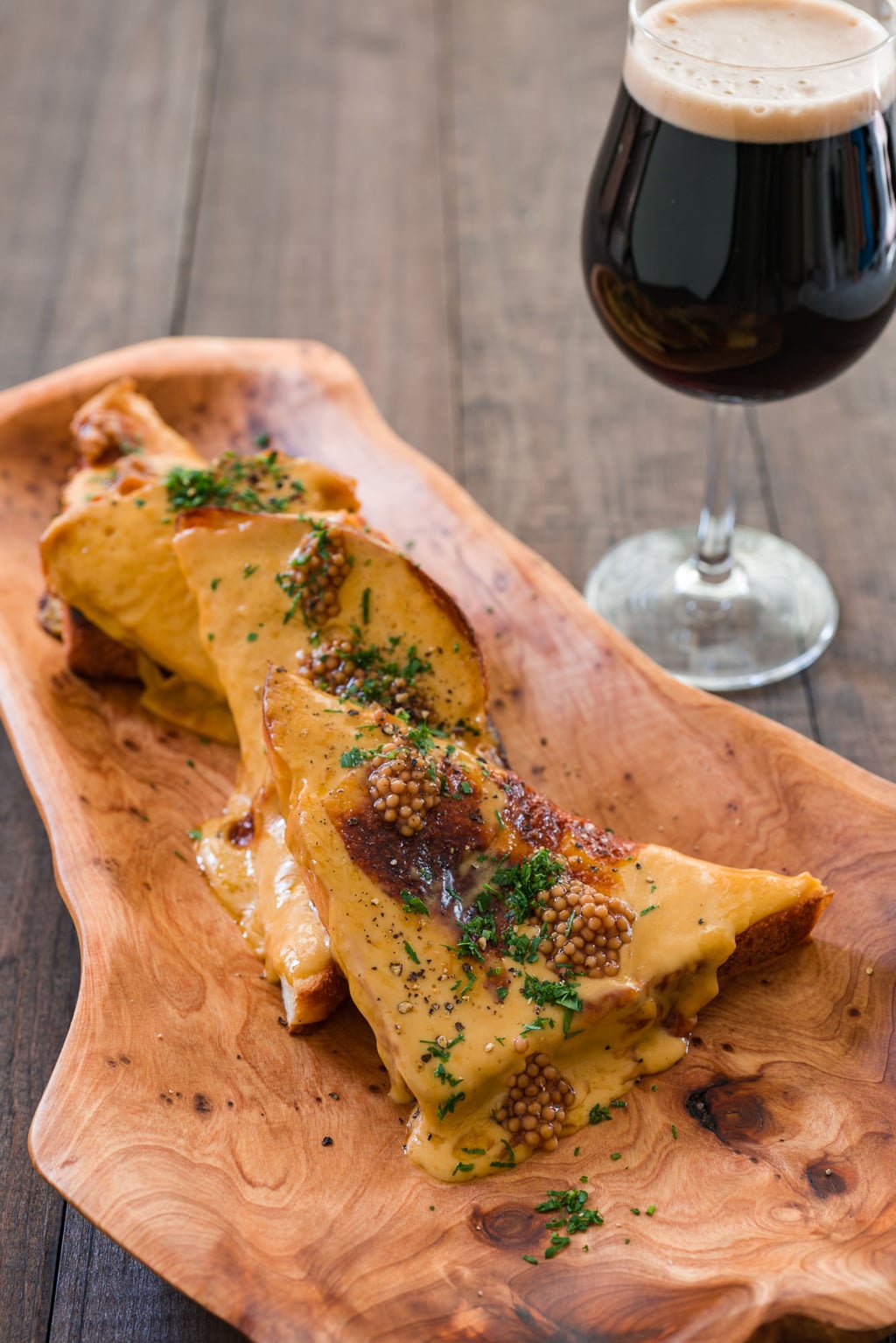 British cuisine often ends up being the butt of culinary jokes, but for the most part the reputation is ill-deserved. I say “for the most part” because like any food, when cooks get lazy and don’t make things right, the food they make isn’t going to taste very good. This Welsh classic is an easy snack, and quite possibly the tastiest way to eat a piece of toast.

Although there is no rabbit in this dish, it’s called Welsh Rabbit. What it does contain is stout, mustard, cream, and loads of cheese mixed into a roux. The resulting sauce is rich and intensely cheesy with earthy undertones thanks to the stout. Honestly it would be just delicious eaten out of the pot with some bread as a fondue, but what really makes this dish pop is that it’s grilled atop a slice of bread until golden brown. The high temperature not only toast the bread, it also toasts the top surface of the cheese, giving it a thin skin of browned cheesy goodness that conceals a layer of molten cheese underneath.

Welsh rabbit is a simple pub favorite that goes astonishingly well with a pint of your favorite brew. When I make it, I like to add a topping that literally makes this dish pop. The small caviar-like spheres you see on top are pickled mustard seeds. The seeds not only add a tart contrast to the rich cheese, they also give the crispy gooey toasts a marvelously stimulating texture elevating the humble classic to a new level without adding much effort.

I know someone is going to bring this up, so it’s worth noting that some people have corrupted the spelling of this dish to “Welsh Rarebit”, presumably to avoid confusion with the furry bunny variety, but the original spelling is “Rabbit”. 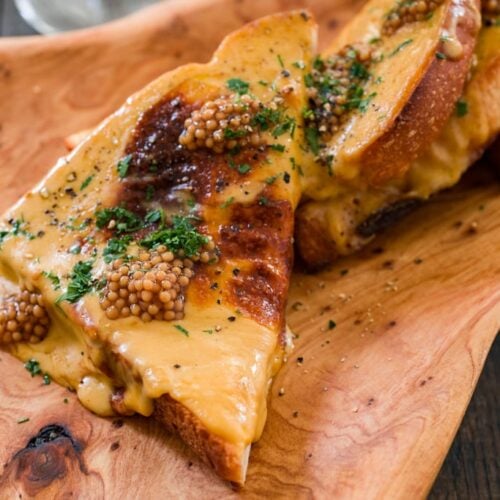