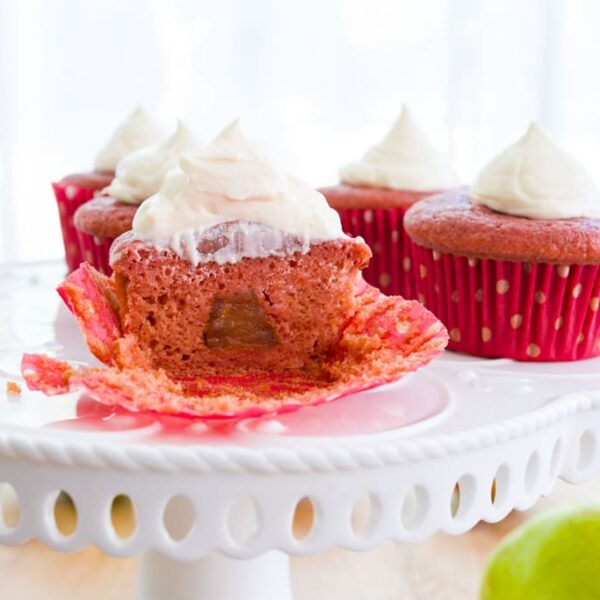 Using beets to color these red velvet cupcakes not only imparts a stunning hue, they also add natural sweetness, while giving the cupcakes a tender crumb. With a piece of caramel poached pear in the center and frosted with a ginger white chocolate buttercream, these aren't your average red velvet cupcakes.

*NOTE: The measurement for beets is after they’ve been roasted and peeled (they’re sold roasted in many grocery stores). If you are roasting them yourself you’ll need about 450 grams of beets.

P.S. This post was sponsored by our friends at method, but as always, the opinions expressed are my own.