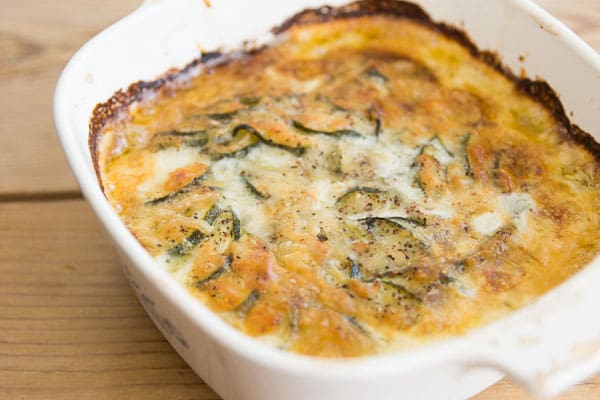 For anyone who says they hate zucchini, I’d be willing to bet they’ve never had one so fresh that the verdant gourds tingle the tips of their fingers with a glistening coat of spines. Fresh zucchinis are real summer treat and one of the joys of cultivating a garden during the warmer months.

A little olive oil, salt and pepper are all you need to make these prolific summer wonders sweet, juicy, and bursting with the essence of a sun drenched summer garden. When it comes to squash, “prolific” is the key word, so by now that initial elation about the garden bounty has probably turned to boredom, and those luscious baby zucchinis are starting to look more like bloated baseball bats, basking in the later summer sun.

Here’s a simple recipe that might inject a little of that initial enthusiasm back into this humble gourd. Best of all, it works well with zucchinis that have grown a little past their prime.

The key to this recipe is to salt and squeeze the zucchini to get rid of the excess water before baking the gratin. If you don’t, you’ll end up with a soggy mess with bits of watery cheese in between. Along the same lines, I salt my zucchini almost universally. Whether you’re slicing and sautéing, or shredding and putting on pizza, removing the extra water keeps the zucchini from getting soggy and speeds up caramelization.

The other thing that sets my gratin apart from most is that I use a trick I learned while developing my mac and cheese recipe. Instead of making a béchamel, I just toss the shredded cheese in potato starch before adding the cream. This creates a rich cheesy sauce that’s faster and more foolproof than doing it the long way.