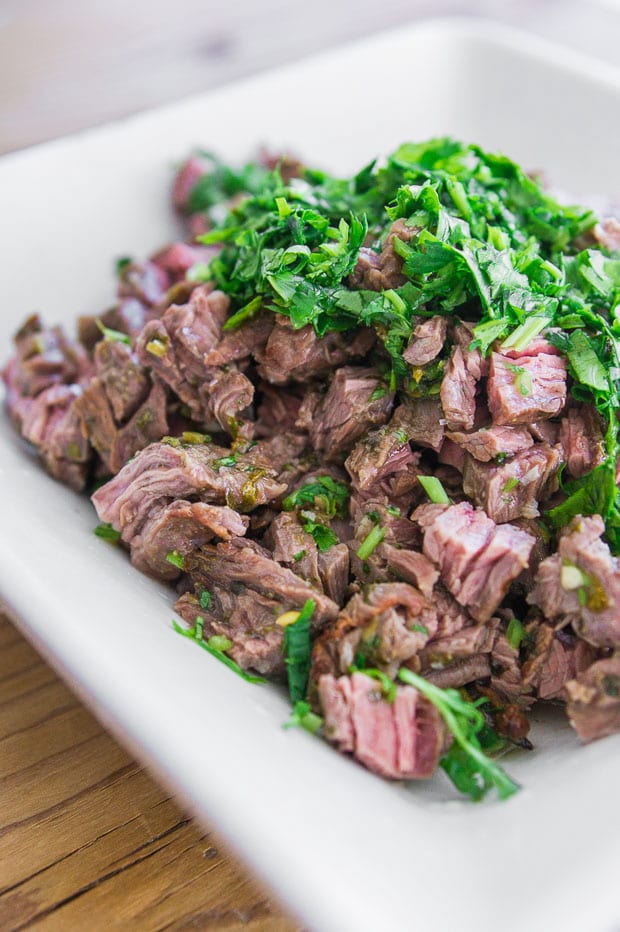 Carne Asada, or “roast meat” is a Mexican dish that’s commonly associated with barbecues. The spices used vary by region, but carne asada is almost always made with thin, cheap cuts of beef such as skirt steak or hanger steak. They may not be the most tender cuts, but boy howdy! they sure pack a wallop of flavor.

Not only does this Carne Asada do a good job balancing the salt and spices with the fresh tang of limes and cilantro, it’s cheap, and easy to make. The marinade helps tenderize the meat, and if you’re rushing off to a mid summer barbecue, you can always add a bit of kiwi to recruit the services of its enzymes. These microscopic thugs will gleefully beat the crap out of any uncooperative strands of protein in the meat.

While you could just grill this up and eat it like a steak, I like chopping up the Carne Asada and stuffing it into fresh homemade tortillas to make tacos. It’s also great in a torta with some avocado and cilantro.

My original Carne Asada post from over two years ago was the second post on this blog. It was back before I had the patience to photograph my food, and long before I started to measure and document the ingredients and steps. I debated whether to post about it again, but Carne Asada is one of my favourite preparations for beef, so I figured I should do it justice with an updated post. 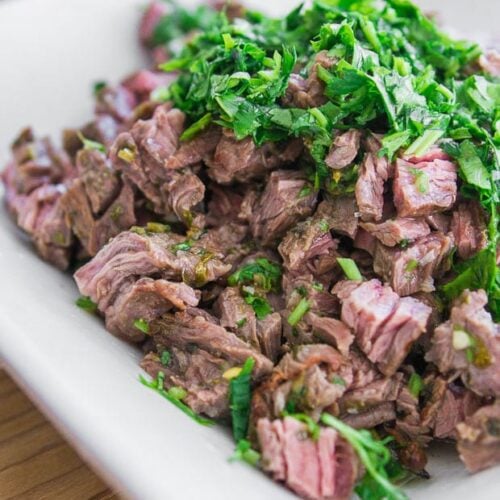