What is a California Roll?

Where are California Rolls from?

There’s some debate over who invented the California, which several chefs in Los Angeles California claiming to be the inventor including Ichiro Mashita, and Ken Seusa. More recently, Hidekazu Tojo who ran a restaurant in Vancouver, Canada, has laid claim to the dish. While it’s unclear who invented it, it does appear to have been created in the late 1970s.

What goes into a California Roll?

Most versions of California Roll include crab and avocado. Although I prefer using real crab meat, if you don’t have access to fresh seafood, imitation crab (a.k.a. surimi) will do in a pinch. I also like to add cucumbers. Any thin-skinned, seedless variety such as Japanese, Lebanese, and Persian will work. You can also use other varieties if you peel them first and remove the seeds. Some people also like to spread some tobiko (flying fish roe) on the rice, which gives the exterior of the roll a vibrant orange hue due to the food coloring that’s often added to it. Instead of tobiko, I like using toasted sesame seeds, which gives the roll more flavor than tobiko.

How do you make sushi rice? 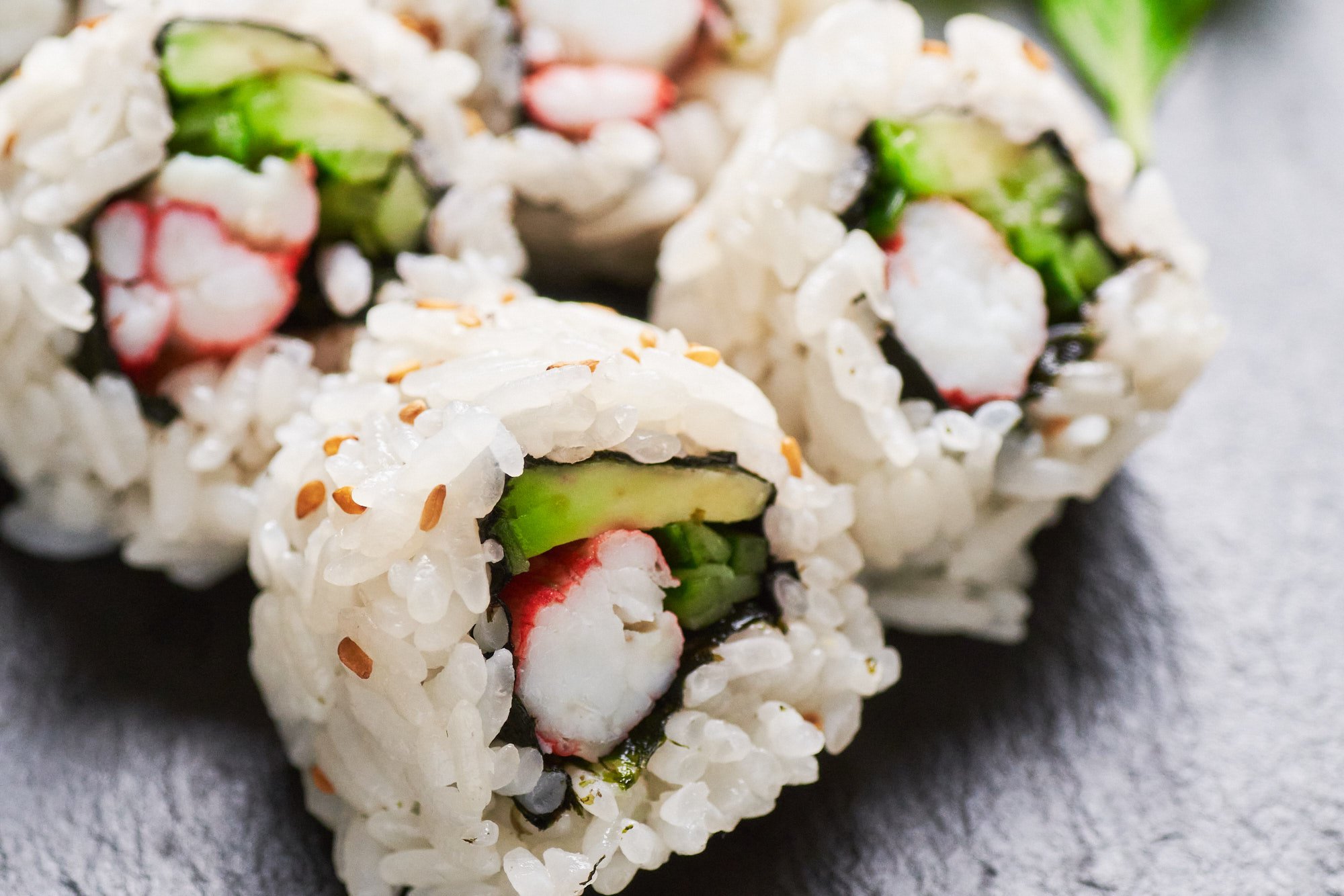 In Japan, most maki sushi (巻き寿司 – rolled sushi) is made with rice and filling rolled up in a sheet of nori. Uramaki (裏巻き) literally means “inside out roll” and it’s a style of rolling the sushi with the rice on the outside with the nori on the inside. Although there are examples of this style of sushi in Japan, it is not common, and it’s thought to have become popular outside of Japan as a way of hiding the nori from people who may be turned off by the thought of eating seaweed.

Are sushi rolls common in Japan?

You’re probably not too surprised by the fact that California Rolls weren’t created in Japan, but did you know that rolls in general aren’t especially popular in Japan. Known as makisushi (rolled sushi), most sushi restaurants in Japan only serve a handful of simple rolls, such as kappa maki (cucumber), tekka maki (tuna), or takuan maki(yellow pickle). For many, they’re considered an inexpensive filler reserved for the end of a meal when you start to worry about the escalating bill.

How do you pick out good nori?

Nori should be jet black with a slightly green hue. Brown or reddish-black nori is either old or made with the wrong type of seaweed. The nori should also be the same thickness throughout, with no holes or thick areas; otherwise, it can be tough. Finally, the nori should be crisp enough to break in half by folding it. 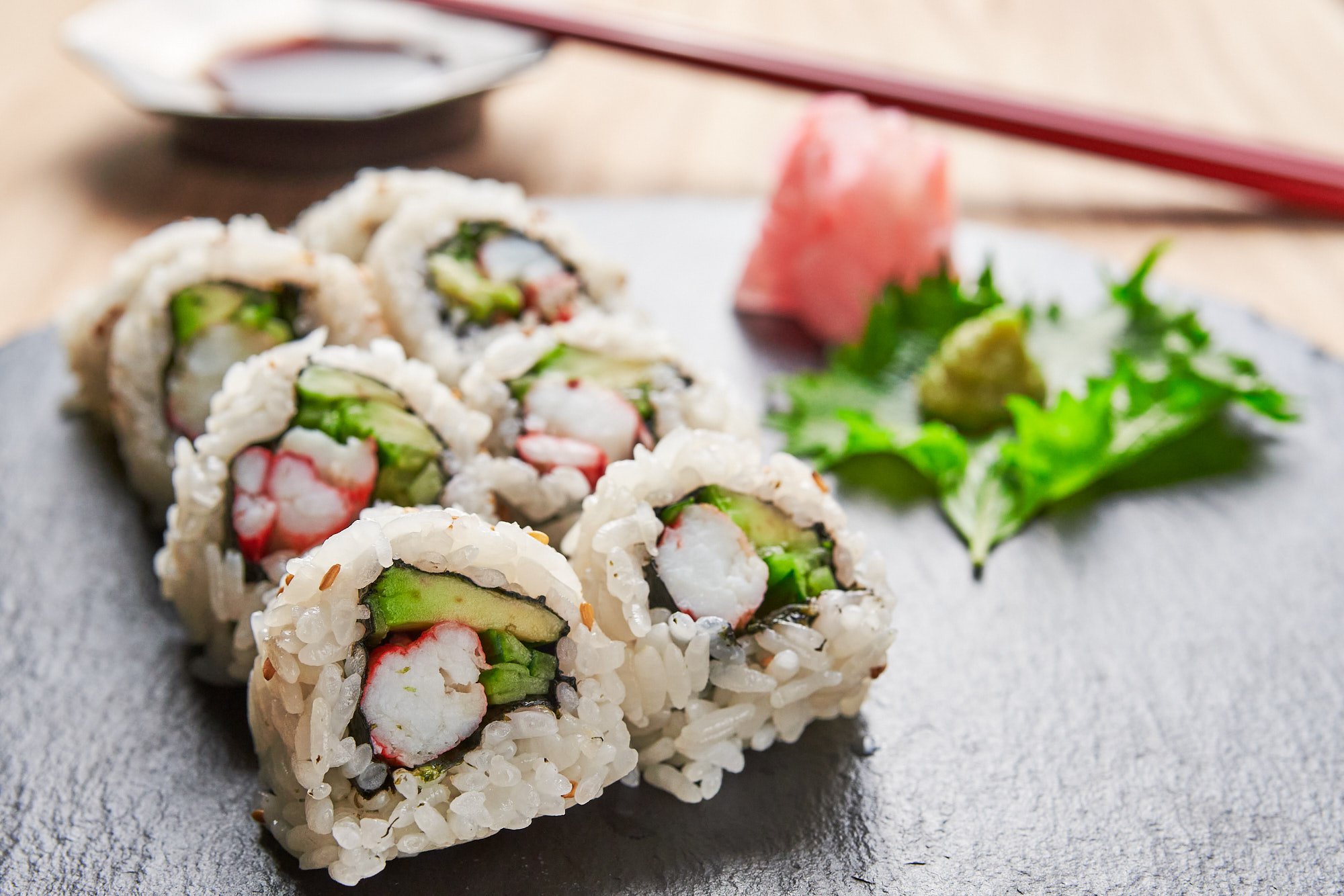 How do you pick out a good avocado?

Generally speaking, the more oblong an avocado, the smaller the seed is. The more egg-shaped ones tend to have a larger seed. You also want to look for avocado with relatively smooth satiny looking skin that’s relatively even in color without any wrinkles. Avocados start out green, but they darken as they get ripe, so a dark color is one good indicator that it is ready to eat. The problem with relying on the color of the skin alone is that overripe avocados are also dark. The most reliable method I’ve found for telling when an avocado is just right is to remove the stem and look at the color of the navel. If the stem is difficult to remove and the exposed area is green, this means the avocado is not ripe. If the stem is not present, or the navel is brown, the avocado is most likely overripe. If the stem is easy to remove and the navel is a yellowish color, it should be perfect! 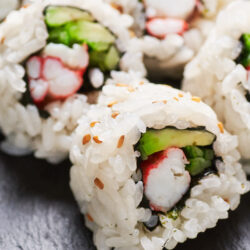 What do you think?111 Cancel reply