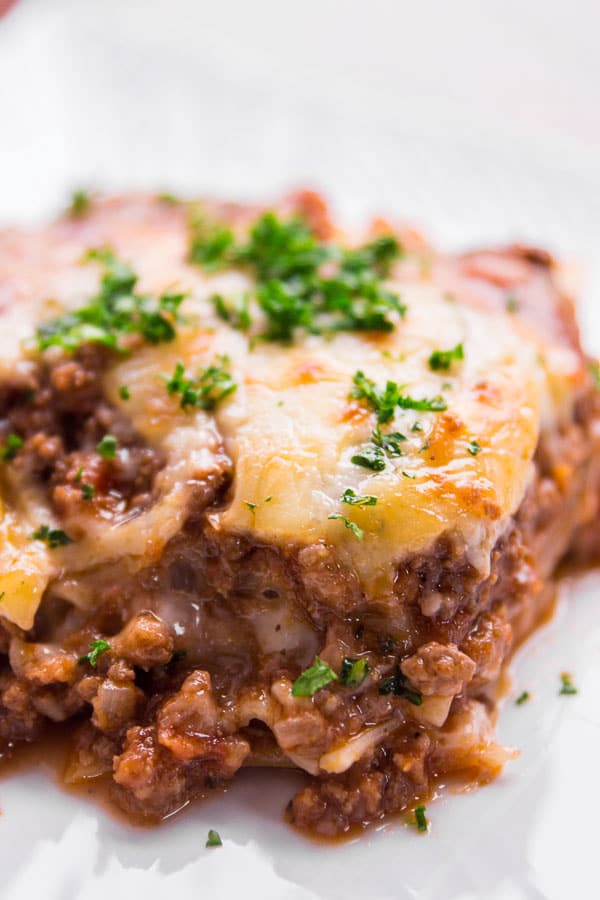 Growing up, in a Japanese-American household, we had an interesting mix of foods that graced our dinner table. It’s only after I left home that I came to recognize them as comfort foods. Mac and Cheese didn’t make the list, but Japanese Curry and Spaghetti with Meat Sauce were some regulars. Lasagne is another classic comfort food that made it onto our dinner table for special occasions and to this day, it’s one of my all-time favorites.

With a savory meat sauce, between layers of tender noodles that have absorbed all the great flavors of the sauce, and a caramelized layer of cheese on top, it may very well be the ultimate comfort food. Recently, I was tasked with cooking for a large family gathering in Japan that involved both older folks and young kids. Flipping through my mental rolodex of crowd-pleasers, Lasagne quickly floated to the top of the list. When I realized I’d never shared my lasagne recipe with you guys, the decision was made.

I knew I made the right choice, when I saw a 90 year old Japanese grandma, who’d probably only eaten pasta a handful of times in her lifetime, clean her plate with a contented expression on her face. The only bummer was that the casserole dish was practically licked clean by the time I went back for a second slice. Next time I’m doubling the recipe!

If you’re wondering where the ricotta is, it’s a personal preference. For me, adding ricotta makes lasagne far too rich to eat more than one slice. My version takes a more balanced approach between the cheese, pasta and sauce, which will have you going back for seconds and thirds.

My version of Lasagne isn’t very complicated to make, but there are a few closely guarded secrets I’ve integrated over the years that set it apart from the rest.

Oops, there go my secrets… but hopefully you’ve learned a trick or two.

You can make the sauce a few days in advance and store it in the fridge, but boil the noodles and assemble the lasagne the day you plan to serve it. This gives the flavors in the sauce a chance to meld without making the noodles soggy. It should also give you enough time on the day of your dinner to crank out a few other dishes to impress your guests. 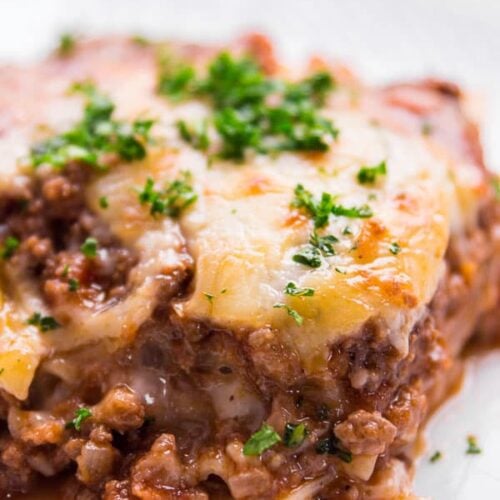 What do you think?53 Cancel reply