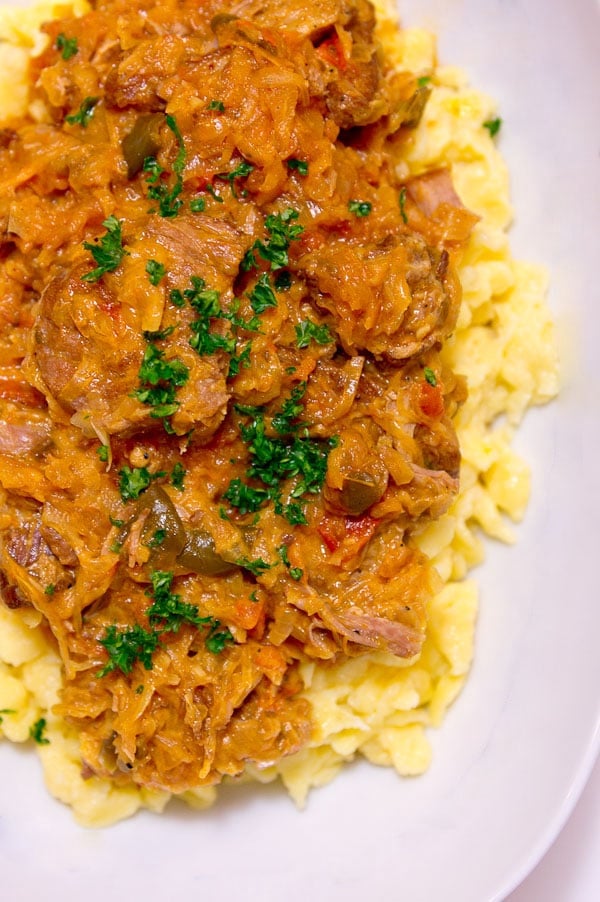 It was February and I was only in Prague for a few days, so I’d spent the day freezing my butt off wandering around the old city taking in the sights. My ears ached with cold, my legs were wobbly with exhaustion and in a rare moment for me, fatigue reigned over hunger and I decided to head back to my hotel room.

Getting off at my metro stop near the end of the line, everything was shuttered for the evening and I was all but resigned to falling asleep with an empty stomach that night. But as I rounded the corner, I noticed a warm glow coming from some small windows on an old stone building. There was a dimly lit sign outside and the tantalizing aroma of pork was wafting my way.

It turned out to be a little tavern filled with older czech gentlemen drinking beer and eating dinner. The middle-aged waitress didn’t speak a word of English, but she accommodated my pointing and gesturing with a smile, and soon I had a Pilsner Urquell and a plate of Segedínský Gulyáš with Knedlíky in front of me.

Ten years later, I still have fond memories of that meal and I make it every now and then when the weather cools off. It turns out the dish is actually Hungarian in origin, known as Székely Gulyás there, but it’s managed to spread itself through Germany and into France, and is known as Szegediner Gulasch or Gulasch a la Szekely in those countries.

While preparations seem to vary by country, it’s a pork stew that’s simmered with sauerkraut until the meat literally melts in your mouth. Seasoned with sweet paprika and onions and with a mellow tang coming from the sauerkraut it’s a soul-satisfying meal that will take the chill off even the coldest winter days.

While it’s often served with a bread dumpling called Knedlíky in The Czech Republic, I like serving this with little Hungarian dumplings called Nokedli. For a simple fix, this is also delicious over pasta, potatoes or rice. 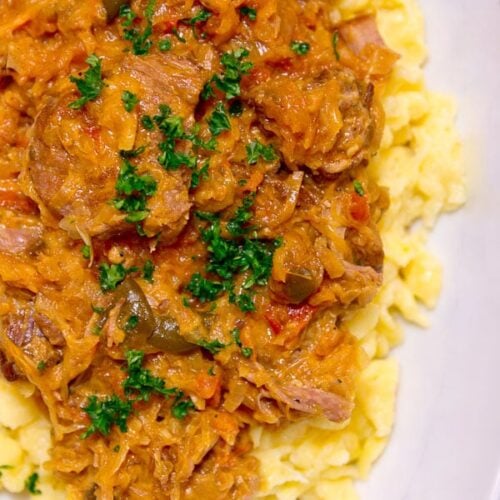