Chile Verde or Green Chili is a delicious Mexican stew made by cooking pork or chicken in salsa verde. In this recipe and video, I’m going to show you how to prepare the salsa from scratch using char-roasted aromatic, tomatillos and chili peppers.

How to Make Chile Verde Sauce

Preheat the oven to its highest setting. Mine only goes up to 540 F (280 C), but if yours has a broil setting, that will work best.

Now you need to prepare the vegetables and roast them. I usually smash the head of garlic (without peeling the individual cloves) and put them on a sheet pan along with the onions, Poblano peppers, and Jalapeños. It’s important to use a skewer or knife to poke holes in the chilies, or they will explode in the oven.

These go in the oven and roast for about six minutes or until the peppers’ skins have blistered and started to char. Remove the pan from the oven and flip everything except the onions over and char the second side for about the same time. When they’re done, put the sheet on a cooling rack to let the peppers cool enough to handle.

For the tomatillos, remove their husks and stems and then wash them thoroughly in cold water to remove the waxy sap on the outside. Dump them into a single layer on a sheet pan and then poke holes in every tomatillo to keep them from bursting. Roast these for about ten minutes or until the tops are charred. Remove the pan from the oven and let them cool for a bit.

To clean the chili peppers, split them open and remove the stems and seeds. The light green membranes that hold the seeds to the pod are where most of the capsaicin is, so if you don’t want your chili too spicy, you can remove these as well. I also like to remove and discard any loose skin from the peppers as they add an unpleasant texture and make the sauce bitter.

Put all of the cleaned poblanos in a blender or food processor along with the onions, peeled garlic cloves, roasted tomatillos, and cilantro. I recommend putting only some of the Jalapeños in at first and then tasting the sauce before adding more. Blend the mixture to puree and give it a taste. If it needs more heat, add more Jalapeños.

How to make Pork Chile Verde

To make the chili, marinate the pork by sprinkling it with salt, cumin, and cinnamon and then drizzle the vegetable oil on top. Mix everything together to distribute evenly, and set this aside while you prepare the other ingredients.

Heat a large Dutch oven or other heavy-bottomed pot over medium-high heat until hot. Divide the pork into batches and add it in a single layer into the pot. Let this fry undisturbed until it’s browned on one side and no longer sticking to the pot. Flip it over and brown the other side. Transfer the browned pork to a bowl and repeat until you’ve browned all of the pork.

Add the chicken broth and return all of the pork to the pot. Add the honey, Mexican oregano, bay leaf, and Chile Verde Sauce and stir to combine. Bring the mixture to a boil and use a spoon to skim off any scum that floats to the surface.

Turn down the heat to maintain a gentle simmer and let the chili cook uncovered. Be sure to stir it occasionally to prevent things from burning to the bottom of the pot. You also want to skim off any excess pools of oil as they rise to the surface.

After about an hour and a half, taste the sauce and add more salt if it needs it (remember it’s going to continue cooking for a while longer, so don’t overdo it). If the sauce tastes too acidic, add a bit more honey to mellow it out.

Let the Chile Verde simmer for another thirty minutes to an hour or until you can cut a piece of pork in half with a fork.

What is Chile Verde?

Chile Verde literally means “green chili,” and it’s a Mexican stew made by cooking meat(usually pork) in a sauce made with green chili peppers and tomatillos until it is fall-apart tender. It is also known as Puerco con Salsa Verde.

What is a Tomatillo?

Tomatillo refers to both the plant and fruit of a nightshade species that is the tomato’s distant cousin. The fruit is covered in a papery husk, which must be peeled before eating. With a sharp citrusy taste and herbal flavor, they benefit from being roasted before being added to dishes like this Pork Chile Verde. 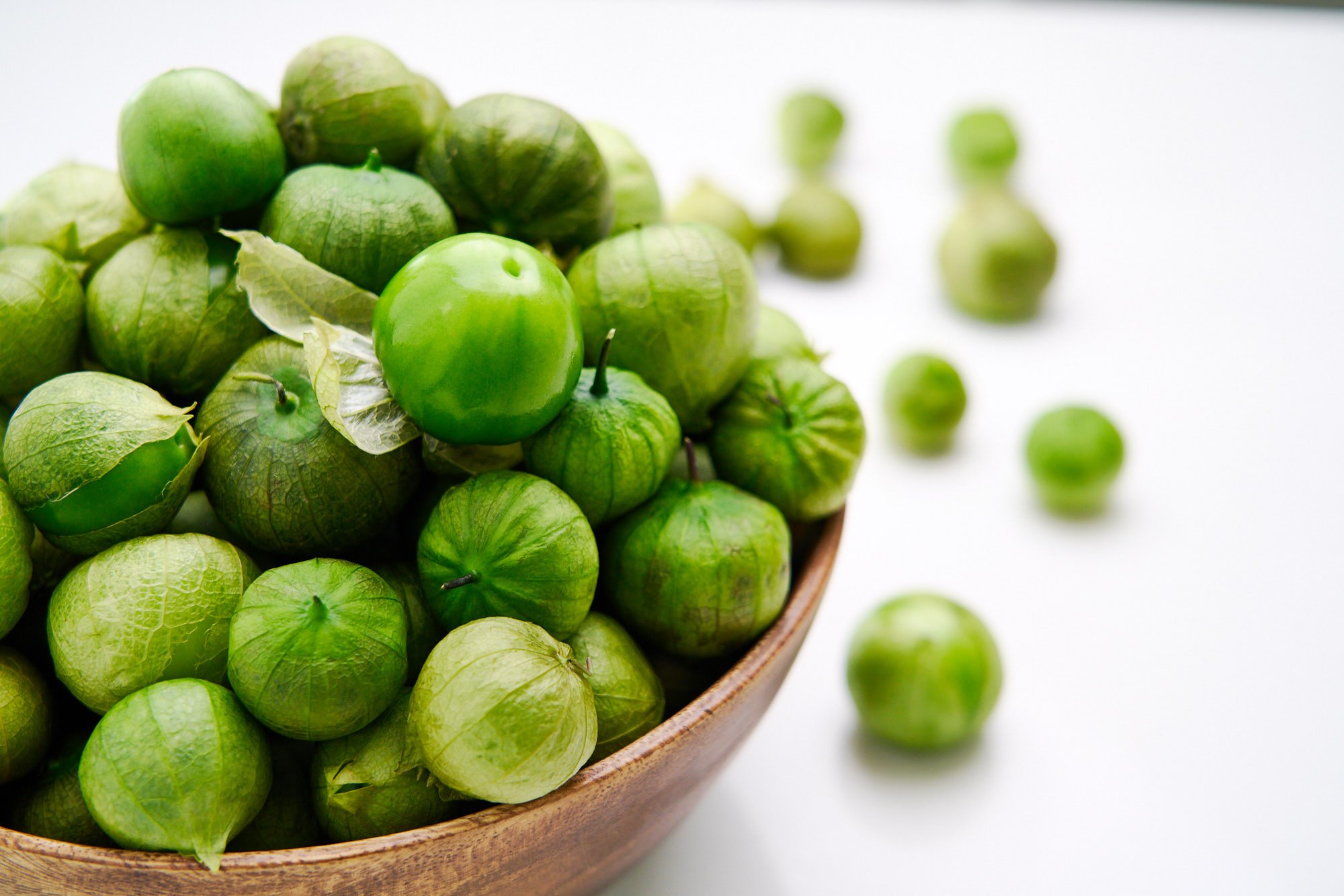 What green chilies will work for Chile Verde?

Can I make Chile Verde with other meat?

Chile Verde is delicious with chicken, lamb, or even beef. Just be sure you use a cut with a lot of fat and connective tissue. That’s because the long cooking times will render out the fat and dissolve the collagen, lubricating the individual meat fibers and making them fall-apart tender. If you use a lean cut of meat, the long cooking time will make it tough and dry.

How do you serve Pork Chile Verde?

All you need to serve this chile is a basket of hot tortillas (corn or flour will work). That being said, I also like to have some condiments at the table like fresh cilantro, queso fresco, chopped red onions, and wedges of lime. Green chili is also very good with potatoes, rice, or bread.

What can I do with leftover Chile Verde?

The great this about green chili is that there are so many uses for the leftovers. Heat the Chile Verde up and stuff a loaf of bread with it to make a torta, fry up some corn tortillas and eggs, make Huevos Rancheros, or shred the pork into the sauce and use it to stuff tamales. 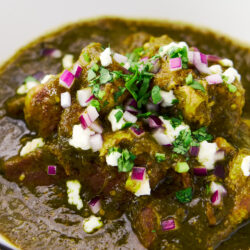