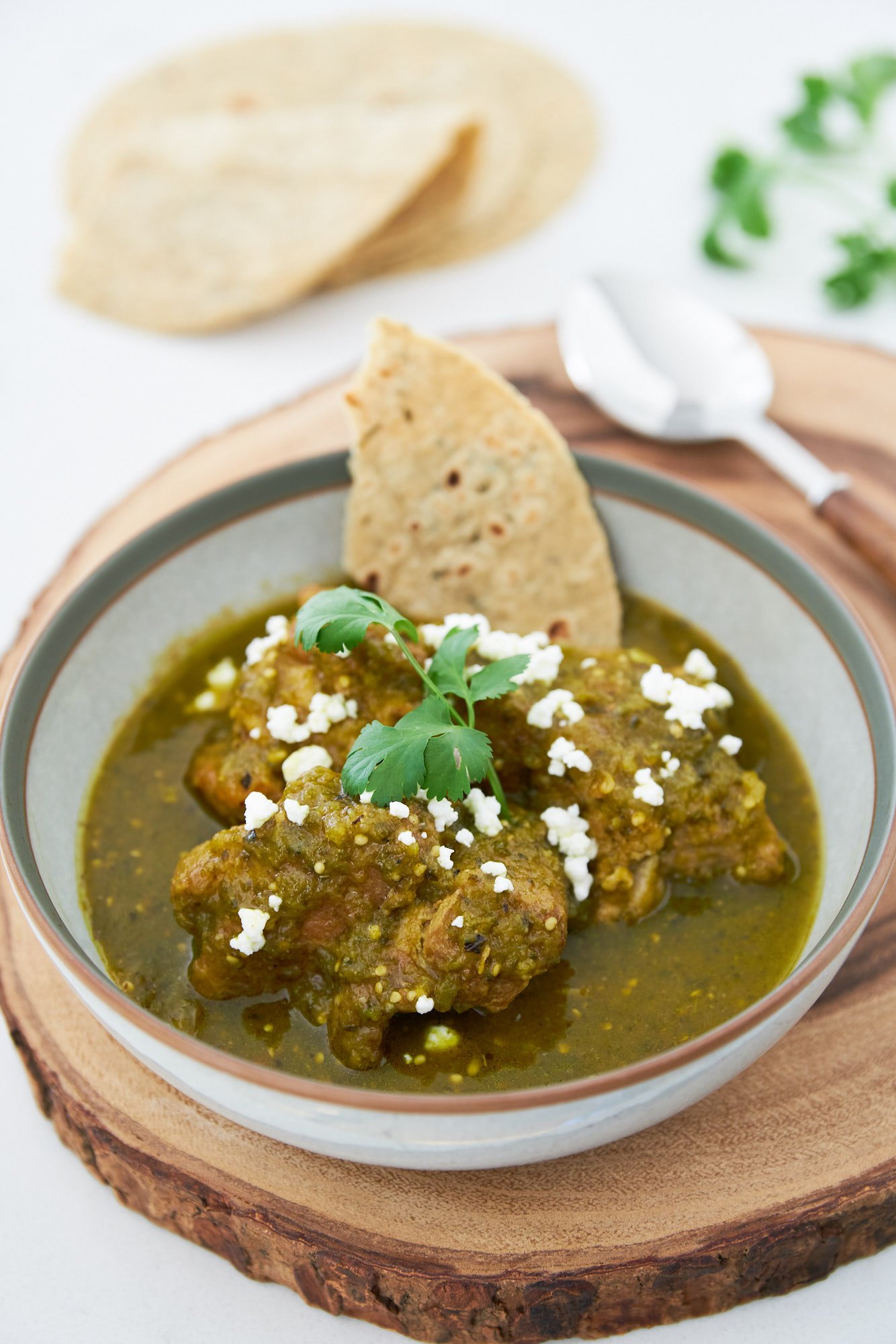 Although we call it Chile Verde (Green Chili) north of the border, the dish is known as Carne De Puerco En Salsa Verde (pork in green sauce) in Mexico. Like many dishes that have worked their way north, such as Migas, and Chile con Carne, Chile Verde has taken some twists and turns turning it into something uniquely delicious.

It’s hands-down one of my favorite Mexican-American dishes when properly made, and comfortably makes it into my list of favorite meat dishes as well. Unfortunately, many restaurants take shortcuts. Using canned chiles, or cooking leaner cuts of pork for shorter periods of time, may be more profitable, but they just don’t do this fantastic dish justice.

A great Chile Verde has pork that pulls apart with a fork and yet it remains incredibly juicy. The sauce, while comprised of ingredients that are initially pungent, sour, and spicy, mellows out, finding a mouthwatering equilibrium during its slow braise, which adds savory and sweet tastes to the mix as well. Together they make for a comforting stew that’s sublime, bordering on the divine. 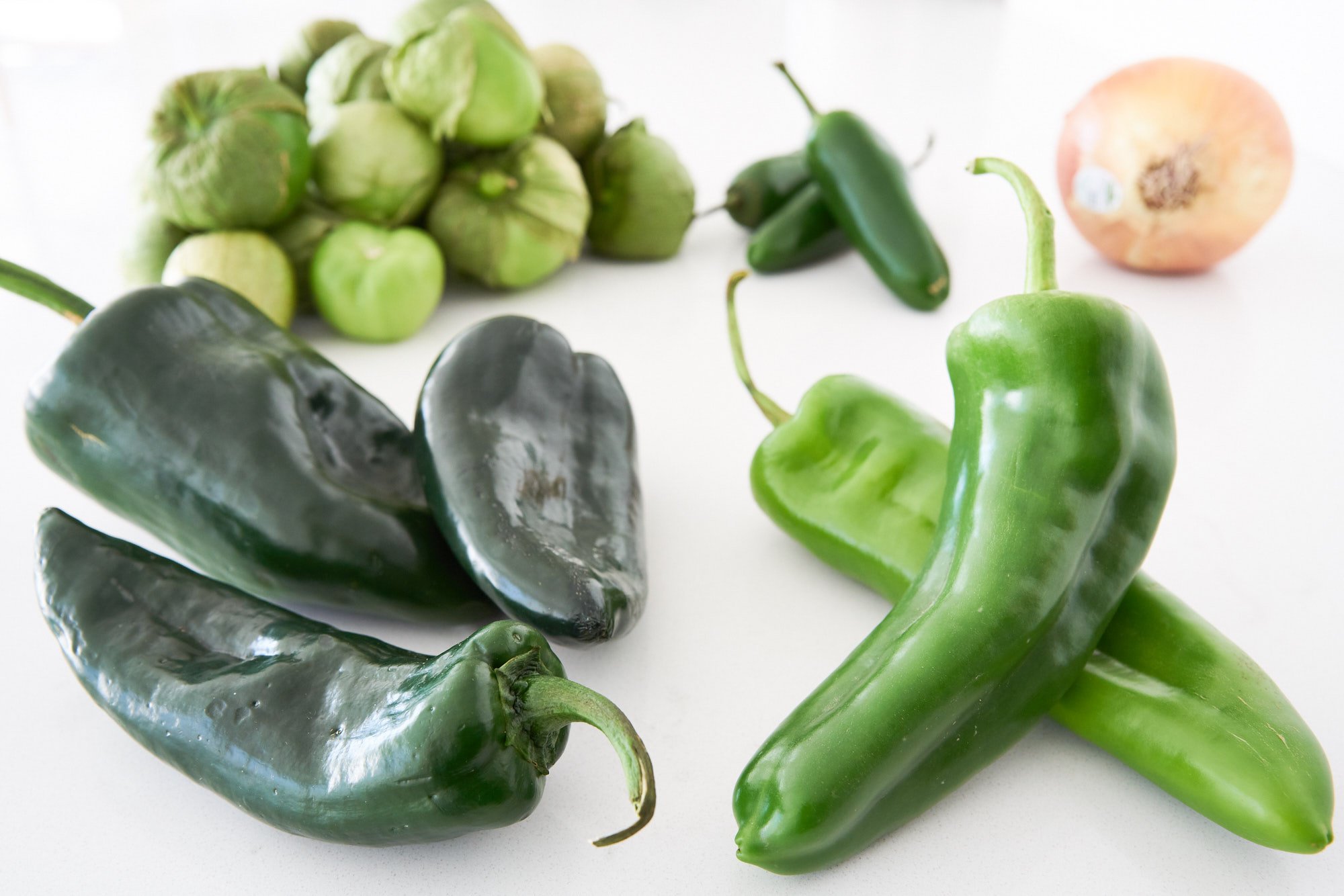 I’ve been working on my Chili Verde recipe for over a decade now, and I have developed a few tricks that turn these ordinary ingredients into something extraordinary. The first is to use a variety of green chili peppers. I like a combination of Poblano chiles for their earthy flavor, Anaheim chiles for their fresh chili flavor and Jalapeños to add heat.

My second trick is to brown all the ingredients. This amplifies the inherent umami of each element thanks to the Maillard reaction. It also smoothes off the rough edges of some of the ingredients, bringing out their sweetness while adding depth and complexity to this relatively simple dish. 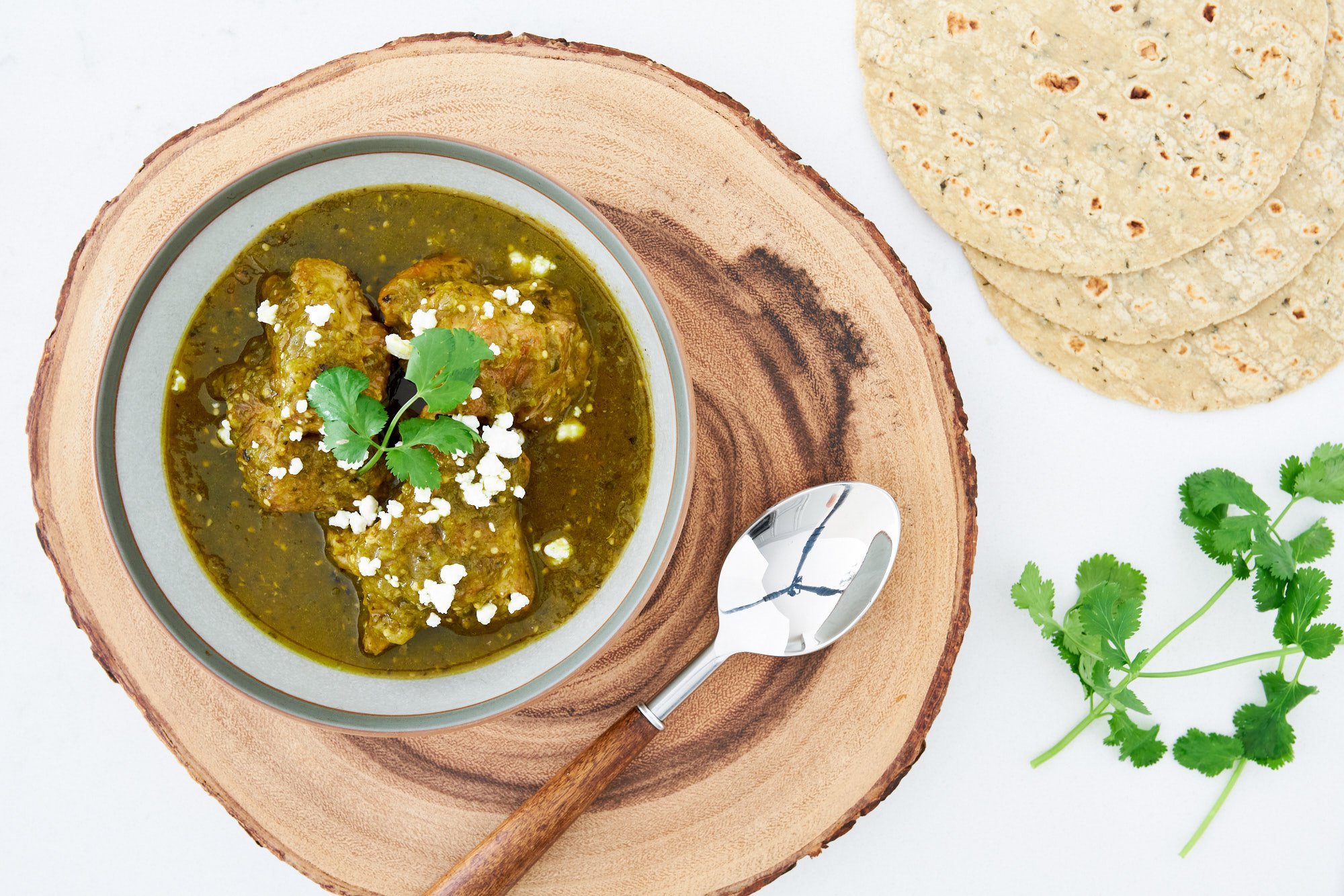 Finally, I like to add a touch of honey. Not enough to make it sweet, but the small amount is enough to reign in the tartness of the tomatillos allowing the flavor of chiles and umami of the pork to shine.

While the dish isn’t complicated to make, it does take a while to develop the flavor of the sauce while rendering the pork tender. That’s why one batch should be enough to feed 8-10 people. If you don’t have that many people to feed, don’t worry. The leftovers have so many uses you could make 3-4 meals out of this. 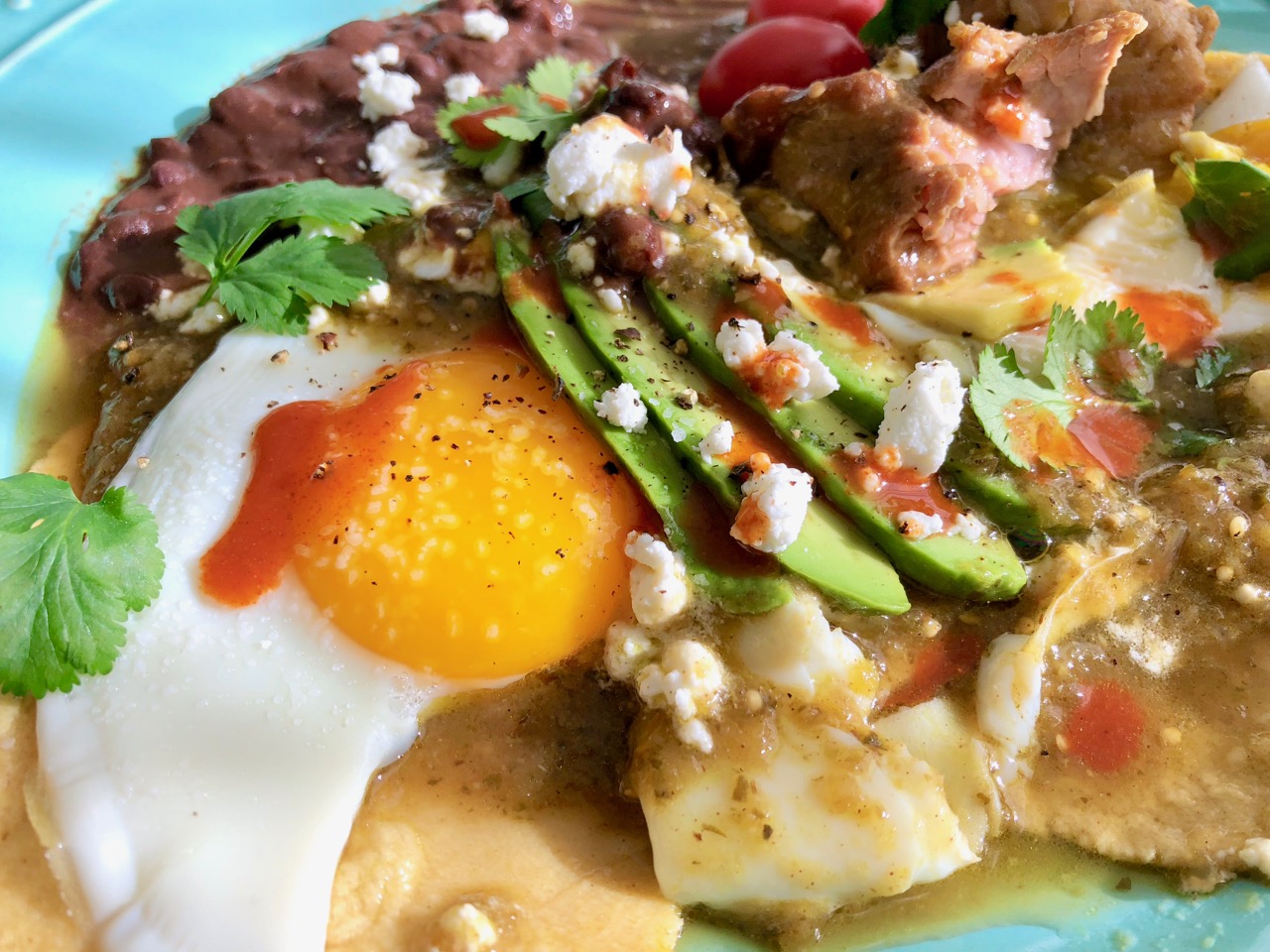 Stuffed into masa and rolled in corn husks, this makes amazing tamales. Thinned out with some chicken stock and loaded up with veggies, the Chile Verde makes for an amazing tortilla soup. But perhaps my favorite use of these leftovers is to make Huevos Rancheros Verdes.

What do you think?124 Cancel reply