Datemaki (伊達巻き) is a rolled sweet omelet that’s traditionally eaten as part of a New Years osechi ryori meal in Japan. It’s typically made with egg mixed with fish or shrimp paste, which is then sweetened with sugar and mirin. The mixture gets cooked in a square or rectangular pan before being rolled in a bamboo mat, which gives Datemaki its signature ribbed texture on the outside.

How do you pronounce Datemaki?

Datemaki is pronounced Da-té-ma-kee. You can sound the bold syllables out in the following words: Darwin, tennis, mark, kiwi. 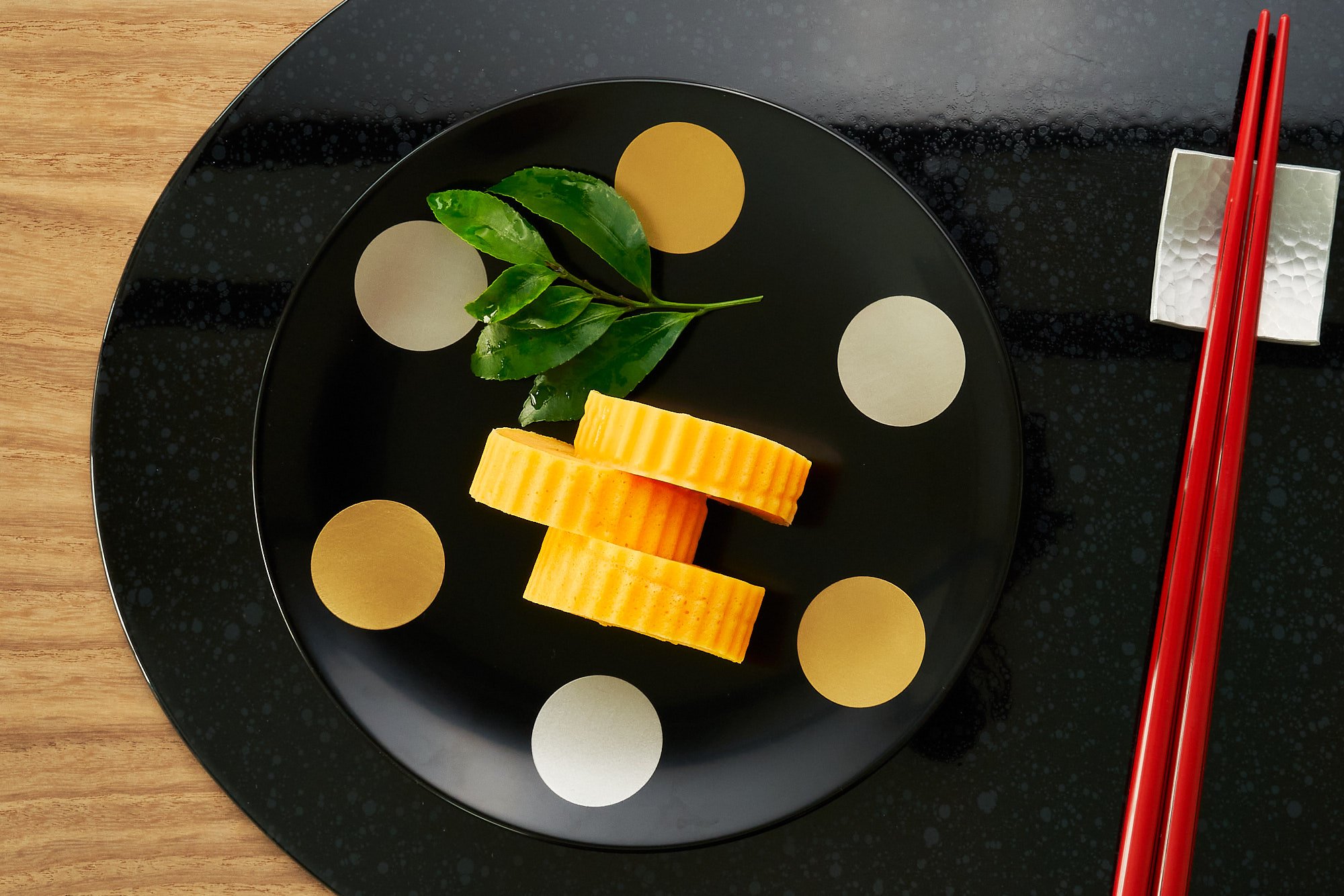 What is the symbolic significance of Datemaki?

Although there are many different interpretations of Datemaki’s symbolism, the most commonly held belief is that the rolled shape of Datemaki looks like a scroll. Since scrolls were historically used to record knowledge, the hope is that by eating Datemaki, you are ensuring a year full of learning and wisdom.

What is the difference between Datemaki and Tamagoyaki? 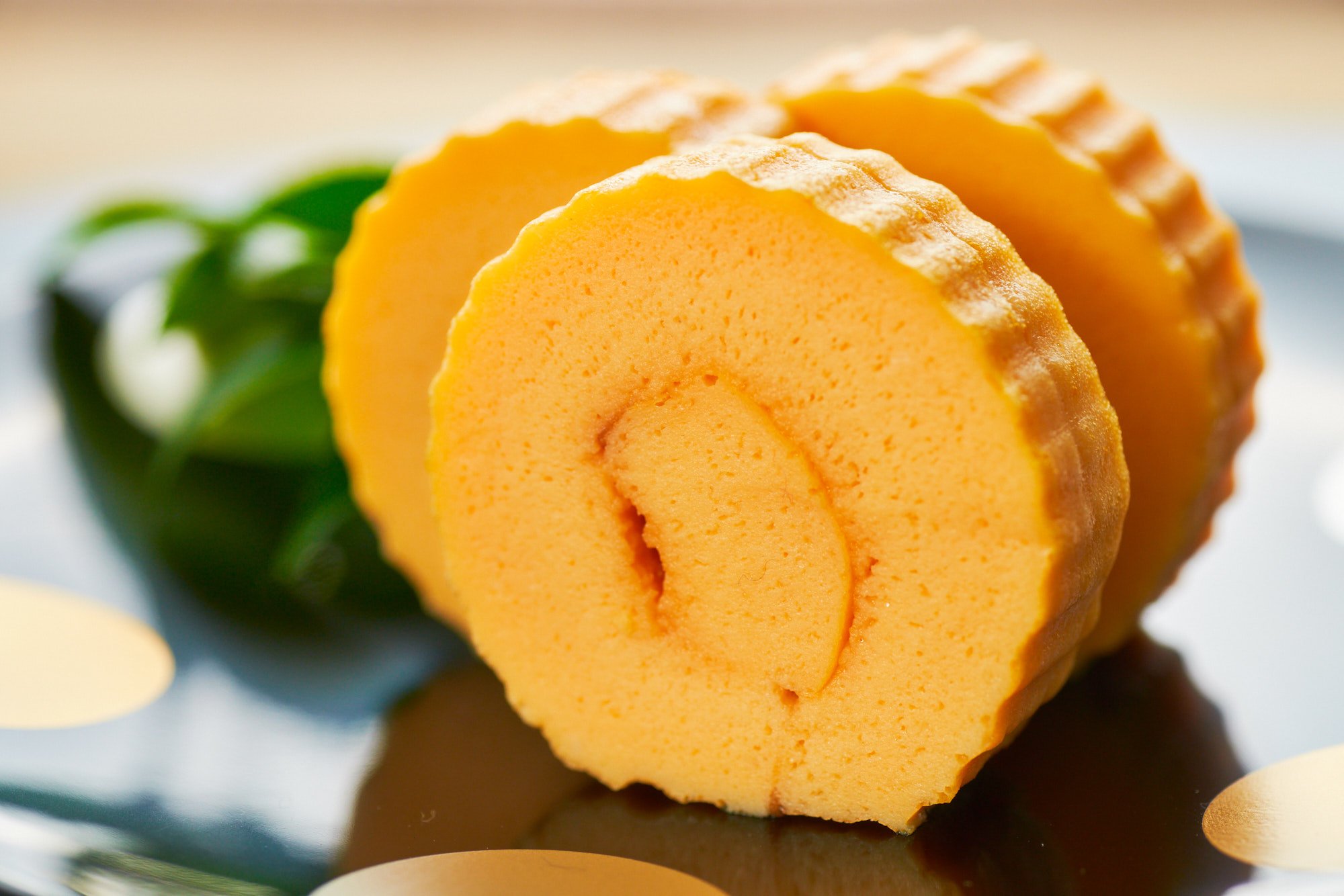 How do you make Datemaki?

Traditionally Datemaki is made with fish or shrimp that is ground into a paste using a mortar and pestle. This is combined with whole eggs, whipped egg whites, sugar, and seasonings to make a kind of batter. It’s a lengthy laborious preparation, which is why most modern recipes for this dish use hanpen in place of the fish paste and whipped egg.

Hanpen is a type of surimi (fishcake) that’s made with fish paste and mountain yams and whipped eggs, and although it tastes like most other fishcakes, it has a light, airy texture that’s closer to meringue. This gives the egg it’s flavor as well as lift making for a light, airy Datemaki.

To prepare it, I just add the hanpen and eggs to a blender, along with some sugar, mirin, and salt, and blend the mixture until smooth. The mirin not only lends sweetness to the egg, but it also gives the omelet the distinct caramel aroma of aged rice wine. The trick here is to find real mirin as most on the market are just alcohol with sugar and flavorings added. When looking for mirin, I usually try and find one that doesn’t include any additives such as sugar, corn syrup, MSG, or salt.

It’s also worth noting that one of the distinguishing features of Datemaki is that it is quite sweet, but I don’t like it to be cloyingly so. This is why my version has a little less sugar than many recipes. If you want it even less sweet, you can cut back on the amount of sugar.

Once blended, the mixture should resemble a loose cake batter, and this gets poured into a parchment-lined baking pan and cooked in a relatively hot oven. Since ovens tend to vary in temperature and air circulation, cooking times may vary a bit, but the idea is to get a golden brown color on top without overcooking the egg.

It’s tough getting the perfect balance of color and doneness, but I would recommend prioritizing getting the egg cooked right over getting a brown color on top. Datemaki is still delicious without the color, but overcooking it will make it dry and unpleasant to eat. You can test for doneness by inserting a toothpick into the center. If it comes out clean, the Datemaki is done. I usually start checking for doneness at the 9-minute mark, and in my convection oven, it’s usually done by 10 minutes.

Once the egg is cooked, the Datemaki needs to be rolled and shaped using a bamboo makisu (sushi mat) while it is still hot. I usually let it cool off for about a minute, so it’s cool enough to handle, but make sure it is still piping hot; otherwise, it will be difficult to roll without cracking the egg.

When you’re done rolling the egg, a few rubber bands give the Datemaki a nice round shape, while compressing it to imprint the ribbed pattern of the bamboo onto the surface of the roll. This should then be wrapped in plastic wrap to keep the egg from drying out. A few hours in the fridge setts the shape of the roll, after which it can be unwrapped and sliced.

If you don’t have a sushi mat, you should be able to get a similar effect by wrapping the roll in plastic wrap and then securing cylindrical objects such as chopsticks or pencils around the outside of the plastic using rubber bands. 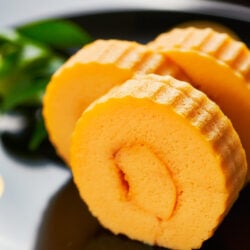