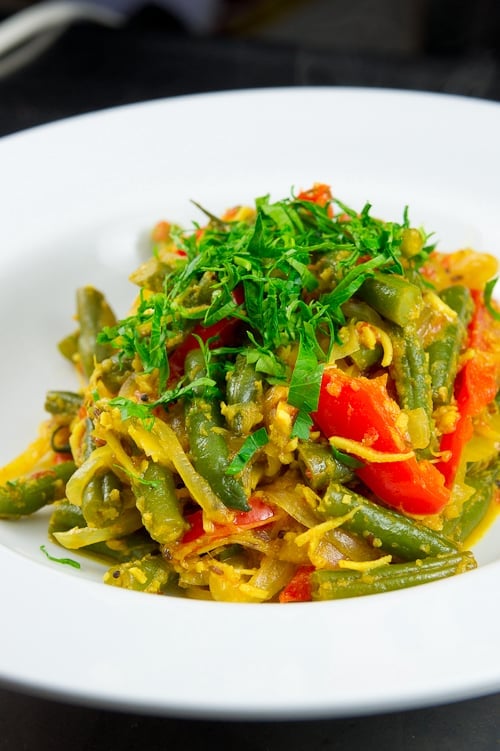 Maybe it’s the Asian part of me, but I love getting a good deal. This especially holds true when it comes to high quality food, like the produce they have at the Union Square Farmer’s Market. So how does one go about getting a discount at the farmer’s market you ask?

Don’t worry it doesn’t involve haggling, we’re not buying a car here after all. Just plan to arrive about 15-20 minutes before the market closes down. The timing can be a bit tricky. Arrive too early, and you’ll be hanging out in the sweltering heat, waiting for the discount placards to come out. Get there a few minutes too late, and all you’ll get is a lung-full of diesel fumes as the vendors drive off.

Many of the vendors will be sold out of stuff already, but last weekend, I scored a three pound bag of green beans for $2, a two pound bag of tomatoes for $3, two boxes of baby basil for $5, and 2 pints of strawberries for $7. Not a bad haul for less than an Andrew Jackson.

I was so pleased with my bargain-hunting prowess that I it didn’t occur to me until I gotten home, that I’d just bought an awful lot of green beans. Cooked as a side, it would take me at least 8 meals to polish them off; far longer than the shelf-life these beans that had been sitting in the sun all day would have.

I’ve always said that if I were to try vegetarianism again, I’d move to India. That’s why I did what I always do when I have a lot of vegetables. I made a green bean curry.

There’s a South Indian restaurant in London (who’s name escapes me right now) that makes a delicious “dry” curry with coconut in it. I thought the texture of the coconut would go nicely with the green beans, and since I had half a red bell pepper sitting in the fridge I threw that in for color. If I’d had some curry leaves, I would have thrown some of those in as well.

If you’re of Indian descent, you’re probably questioning the authenticity of my green bean curry, and you’d be right to do so, but I have to tell you, it was delicious. The green beans were tender, but still had some texture, while the coconut gave you something to chew on. The combo of spices, which I picked up from a Gujarati friend, imbued the humble legume with a ton of flavor, while the yogurt took a bit of the edge off the heat. 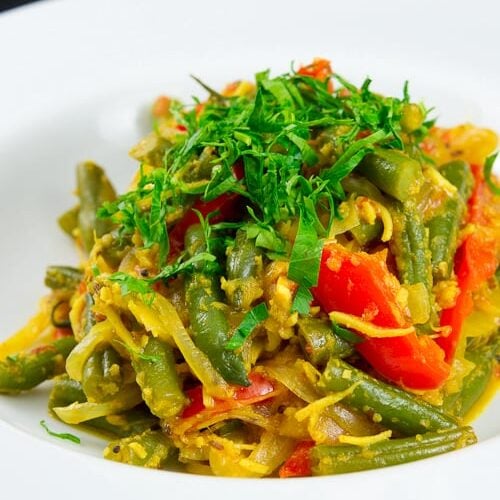 What do you think?36 Cancel reply