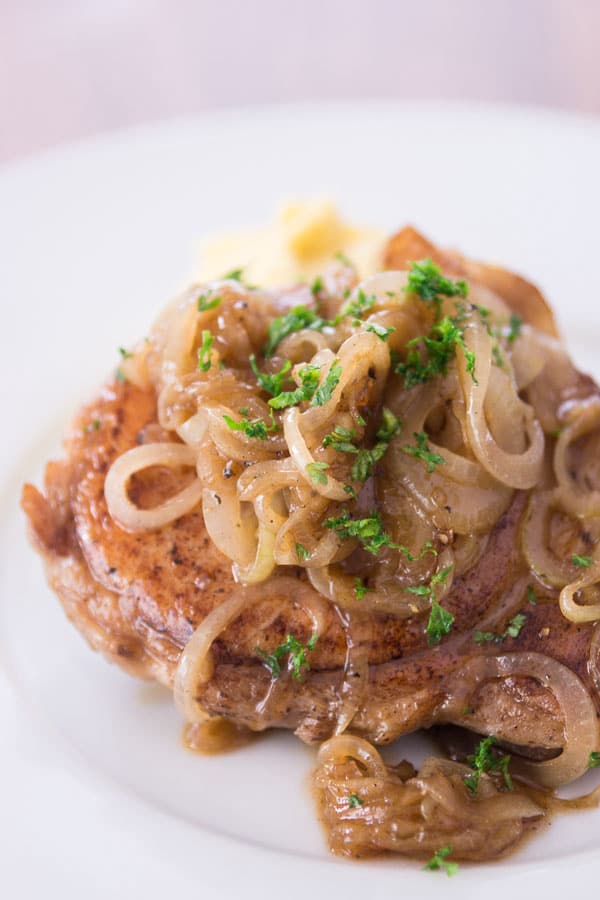 Pork chops can be effortless and delicious, but first you need to understand a few things about the pork that’s sold in supermarkets. Pigs in the US have been selectively bred to be very lean over the past fifty years. According to the National Pork Board, a 3 ounce serving of pork tenderloin has 3 grams of fat, which is .1 gram LESS than skinless chicken breast! It also has 15% less cholesterol than chicken breast.

While all this might make your cardiologist happy, it comes at the expense of flavor and moistness. I’m sure you’ve all had a pork chop at some point that was like eating damp cardboard: dry, mealy and flavorless. That’s because today’s lean pork doesn’t cope well with the high internal temperatures recommended by traditional pork chop recipes.

This was probably in large part due to the fact that until recently, the USDA recommended cooking pork until it reached an internal temperature of 160 degrees F. According to the USDA, Trichinella spiralis (one of the main concerns of eating undercooked pork), is neutralized after 1 minute at 140 degrees F, so why on earth would they tell you to cook it 20 degrees higher? Thankfully they seem to have seen the error in their thinking, and last year, they revised the safe cooking temperature of whole cuts of pork down to 145 degrees F, that’s still 5 degrees higher than it really needs to be, but it’s understandable that they’d err on the safe side.

So what can you do to ensure you get a moist, tender, flavorful pork chop? 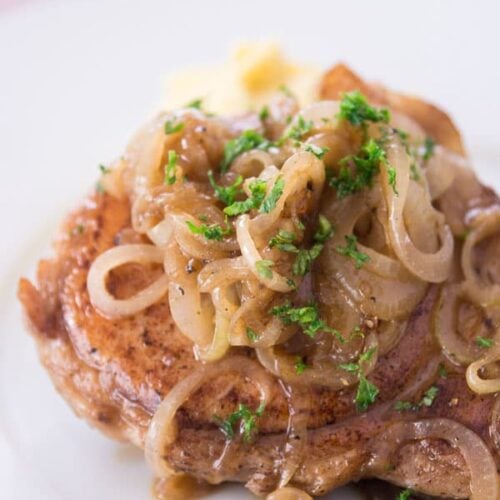 What do you think?61 Cancel reply