Umeboshi chicken, which is known as Toriniku no Umeni (鶏肉の梅煮 – literally “ume braised chicken”) in Japan, is a delicious braised chicken dish that uses flavor-packed umeboshi as an all-in-one seasoning. It’s one of those dishes with a ridiculously good effort-to-taste ratio, and the idea is to put everything in a pot together and let them braise unattended until they’re almost done. Then the braising liquid gets reduced and used to glaze the chicken.

Although it only takes about five minutes of active effort, the resulting chicken is tender and coated in a beautiful glossy sauce that’s tangy, sweet, and loaded with umami. When prepared with chicken wings, it makes for a fun game-day or movie-night finger food, but it can also be served as an entree or packed into a bento box lunch.

How to Make Umeboshi Chicken

Arrange the konbu, umeboshi, and chicken in a non-reactive heavy-bottomed pot like an enameled dutch oven. Pour the mirin over everything. You want to minimize the amount of space between the food so that they’re as submerged as possible in the liquid (the ones on top won’t be fully submerged).

Cover the pot with a lid and bring the mixture to a boil over high heat. Turn down the heat as low as possible and braise the chicken undisturbed for twenty minutes.

When the time is up, open it up and give the braising liquid a taste. If it’s already well seasoned, you can skip the soy sauce. Otherwise, go ahead and add the soy sauce. Rearrange the chicken, so any pieces that were not cooking in the liquid are now submerged. Continue cooking the chicken for another ten minutes or until the wings are tender. If you start running out of liquid, you can add some water to keep things from burning.

Once the chicken is tender, remove it from the pot and turn up the heat to reduce the braising liquid into a glaze with the consistency of maple syrup.

Add the chicken back to the pot and toss everything together to coat each piece with the glaze.

Umeboshi (梅干し) literally means “dried ume,” and it refers to a preparation of ume fruit where they have been salted and partially dried. Ume is a species in the genus Prunus, and although it’s often translated as “Japanese plum,” it’s actually more closely related to an apricot. That’s why it’s probably better just to call it by its name than to try and translate it.

How do you pronounce umeboshi?

Umeboshi is a four-syllable word and is pronounced as follows.

What types of Umeboshi are there?

Umeboshi comes in a variety of shapes, sizes, and textures, but here are a few things to look for:

Salinity: Umeboshi can be pickled with a salt ratio of anywhere from 5-20%. The more salt they contain, the longer they will last, so traditional umeboshi is almost always made with 20% salt. These can be very salty, though, so many modern varieties use lower amounts of salt.

Size: Umeboshi typically comes in two different sizes, big ones, and small ones

Flavorings: The most common flavoring added is red shiso. This is what gives most ume their trademark red color and herbal flavor. Katsuobushi is another ingredient that’s sometimes added to boost the umami of the umeboshi. Modern umeboshi sometimes includes honey to balance out the salt.

Texture: Most ume has been cured with salt, which changes their texture from crunchy to soft; however, there is a variety of ume called karikariume (カリカリ梅), which literally means “crunchy ume” made by pickling unripe ume with calcium. 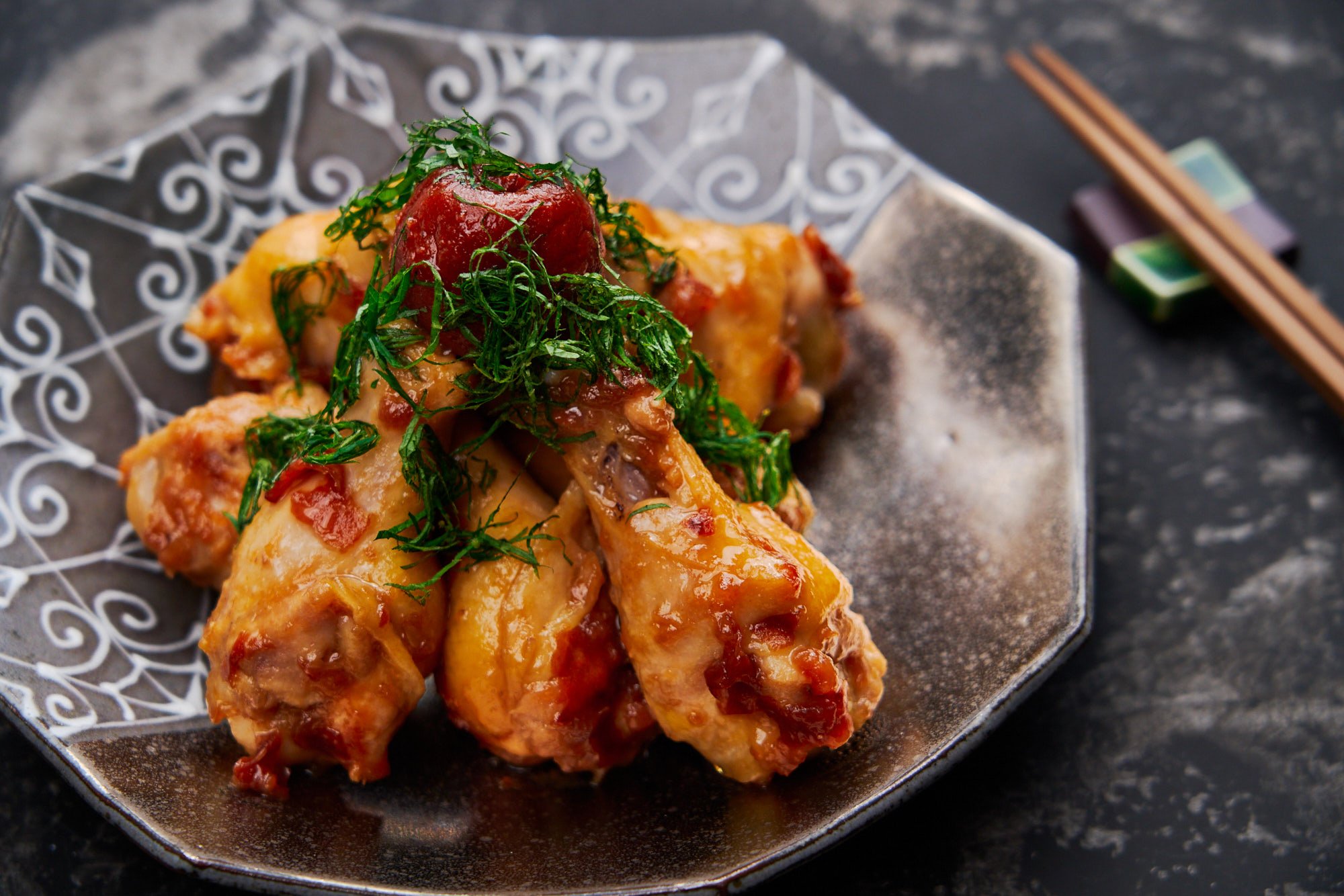 How do you use umeboshi?

Umeboshi is traditionally eaten as a condiment for rice, but the acidity and salinity make them a good ingredient that can be used in place of salt and vinegar. Some ideas include using mincing it up into a paste and using it as a dressing or adding it to soups and stews.

Where to buy Umeboshi?

Can I make umeboshi at home?

Yes, it’s possible, but it is quite a long and involved process that starts with finding unripe ume. These then need to be cleaned and salted(5-20% by weight) for a few days before being drained from the brine they release (ume vinegar), partially dried for a few days, and then returned to the brine.

Most umeboshi are plant-based, but some modern types of umeboshi have honey added, so be sure to check the ingredient label. Although this dish uses chicken as the protein, it’s also delicious with plant-based proteins such as tofu or tempeh. 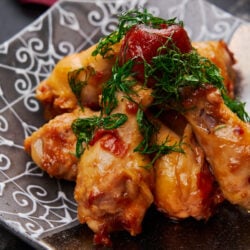