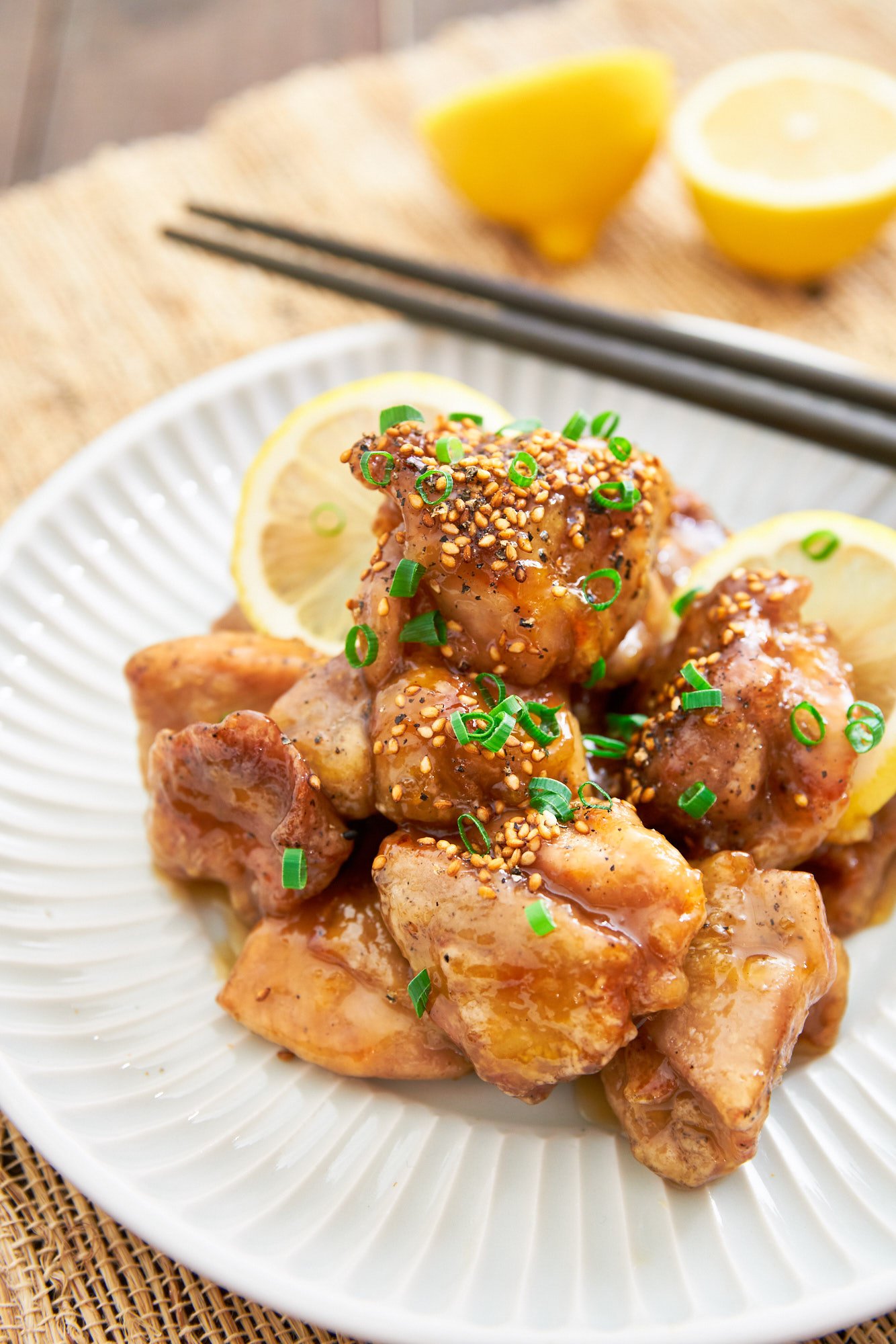 It’s been a while since I’ve updated a Chinese-American classic and given a recent request I received for this dish, I decided it was high time I give it a go. The basic process is the same as my orange chicken recipe, but I’ve substituted honey for the marmalade and used salt instead of soy sauce for the marinade to keep the color lighter. Lemon and black pepper are one of my favorite flavor combinations, so I couldn’t resist adding a generous grind of the fragrant spice into the marinade for both flavor and heat.

Once marinated, the chicken is lightly dusted with potato starch before being fried until a light golden brown. I know potato starch isn’t as easy to find as cornstarch, but it’s superior in almost every way. For frying, potato starch results in a light, crisp crust, as opposed to cornstarch, which tends to get crunchy (like the difference between a potato chip and a corn chip). As a thickener, it stays completely translucent and does not get gloppy or cloying as it cools. If you can’t find it in your grocery store it’s available on Amazon. 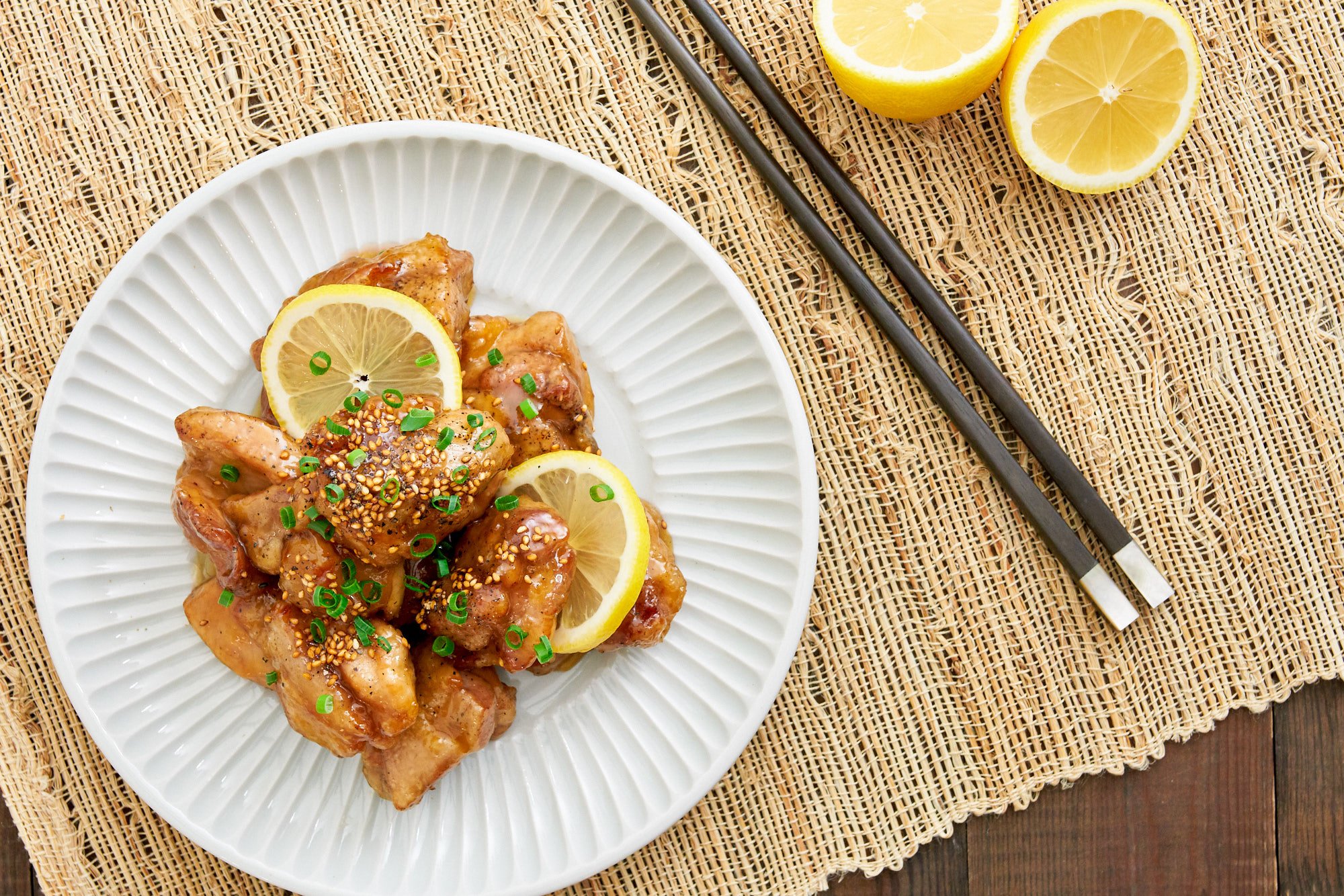 The chicken doesn’t take long to fry since it’s cut into relatively small pieces, so be careful not to overdo it, or it will get tough and dry. I recommend using an instant-read thermometer. If you don’t have one, check out the ones made by Thermoworks, I’ve been using them for years, and they’re fast, cover a wide temperature range, and they happen to look great. The model I use (shown in step 5 of the recipe) is a Thermapen Mk4, but its little brother the ThermoPop is just as cute, and more affordable, if you don’t need the speed.

After you’ve fried the chicken, it just gets tossed in a simple sauce packed with loads of lemon flavor, thanks to the addition of both lemon juice and zest, Honey balances out the tartness, while sake adds umami to the sauce. If you chose to substitute water for the sake, it would still taste great, but the flavor will not be quite as complex. Finally, I add just a bit of soy sauce for some extra flavor, but not enough to muddy the color of the lemon sauce.

Serve this Lemon Chicken with with some Chow Mein, Singapore Noodles, or Avocado Crab Fried Rice for an awesome Chinese-American dinner that comes together in less time than ordering take-out.