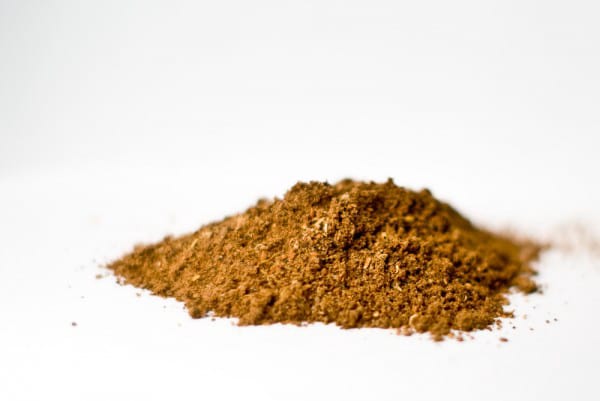 While it’s commonly believed that it gets it’s name because it contains 5 spices, the number actually refers to the 5 elements: wood, fire, earth, metal, and water. In traditional Chinese medicine, these elements manifest themselves in various parts of the human anatomy and imbalances in these elements are said to be the cause of disease.

Various herbs and spices have been used for thousands of years to restore balance to these elements which is how 5 spice powder came into being. Today it’s used in a variety of roasted and braised meat dishes, but it’s probably most recognizable in the west as the main seasoning in Char Siu (Chinese barbecued pork).

I’ve been thinking about making my own 5 spice for some time, but the catalyst that got things going was Todd and Diane from White Rice on Couple sending me some Vietnamese Cinnamon. It’s incredibly fragrant, sweet and spicy and unlike regular cinnamon it’s from the bark of a certain species of Cassia tree.

I’ve seen many blends containing everything from fennel to celery seed, but I had a specific flavour in mind and went about toasting and grinding the spices until I hit the right balance.

While most of the ingredients in the spice blend are widely available and familiar to western chefs, Sichuan pepper is a little less common. Despite its name it actually has no relation to black pepper or chili peppers. Both the leaves and berries are edible and it’s a popular spice in Asia known by many different names. In China it’s known as Huajiao, in in Nepalese it’s called Timur and in Japan there’s a related spice called Sansho.

Sichuan pepper has a slightly citrusy, pine-like flavor that has a tingly numbing effect on your tongue when eaten fresh or in larger doses. When dried the shiny black seeds inside the brown husks have a distinctly gritty texture like sand, and since the husk is the part with the flavor I strongly recommend you pick out all the black seeds (labour intensive, but worth it).

Recipes in your inboxDon't miss out SIGN UP!
Course Basics
Cuisine Chinese

What do you think?51 Cancel reply