With the drab greys and browns of winter in the city blooming with splashes of pale greens and pinks, spring is definitely in the air. But before we put away the earthenware crocks for the season, I wanted to share one last stew for those unpredictably chilly days that seem to drop by when we least expect them.

Doenjang Jjigae (된장 찌개) is not much to look at, and it’s often called Korean miso soup, but that is really doing it a disservice as the two are nothing alike. Beneath its earth-toned surface lies a hearty stew that’s loaded with big chunky vegetables and creamy tofu. Like it’s spicier sibling Kimchi Jjigae, the broth is redolent of garlic, but this stew gets its heat from green chili peppers and a bit of funk from the Doenjang. Served in the pot it’s cooked in, it usually comes out still boiling, which makes it a perfect way to warm up on a chilly spring evening.

The broth is traditionally made using the rinse water from when you wash the rice before cooking it. This is not only a way to prevent wasting something from an era when people had very little, it also adds a bit of body to the broth. The umami in the broth comes from myeolchi, or baby anchovies. While you can use them whole, the head and stomach areas tend to be bitter and fishy, which is why it’s better to remove them before using them. To do this, simply pinch the head and lower part of the abdomen with you fingers and snap them off.

Although you can really add anything you want to this stew, I’ve made a fairly basic version with potatoes, Korean zucchini, onion, green chiles, shiitake mushrooms and tofu. While most of these ingredients are available in Asian grocery stores as well as online, if you have problems finding some of the ingredients I’ve used, here are some substitutions:

doenjang (된장) – Although doenjang is a fermented soybean paste, the process by which it is made is quite different from Japanese miso, giving it a unique flavor that can’t really be compared to miso. It’s much more robust and has a funky nutty aroma. If you can’t find it, you can try and look for Chinese bean paste instead.

ae-hobak (애호박) – These are korean zucchinis. They are light green in color and tend to be fatter and more uniform in thickness from end to end. The texture is a bit more dense than western zucchini, making it perfectly suited for using in stews like this as it won’t disintegrate. If you can’t find it near you, you can substitute western zucchini.

myeolchi (멸치) – These are often labeled baby anchovies or baby sardines and can be found in most Asian grocery stores. The Japanese name is Niboshi is sometimes used. 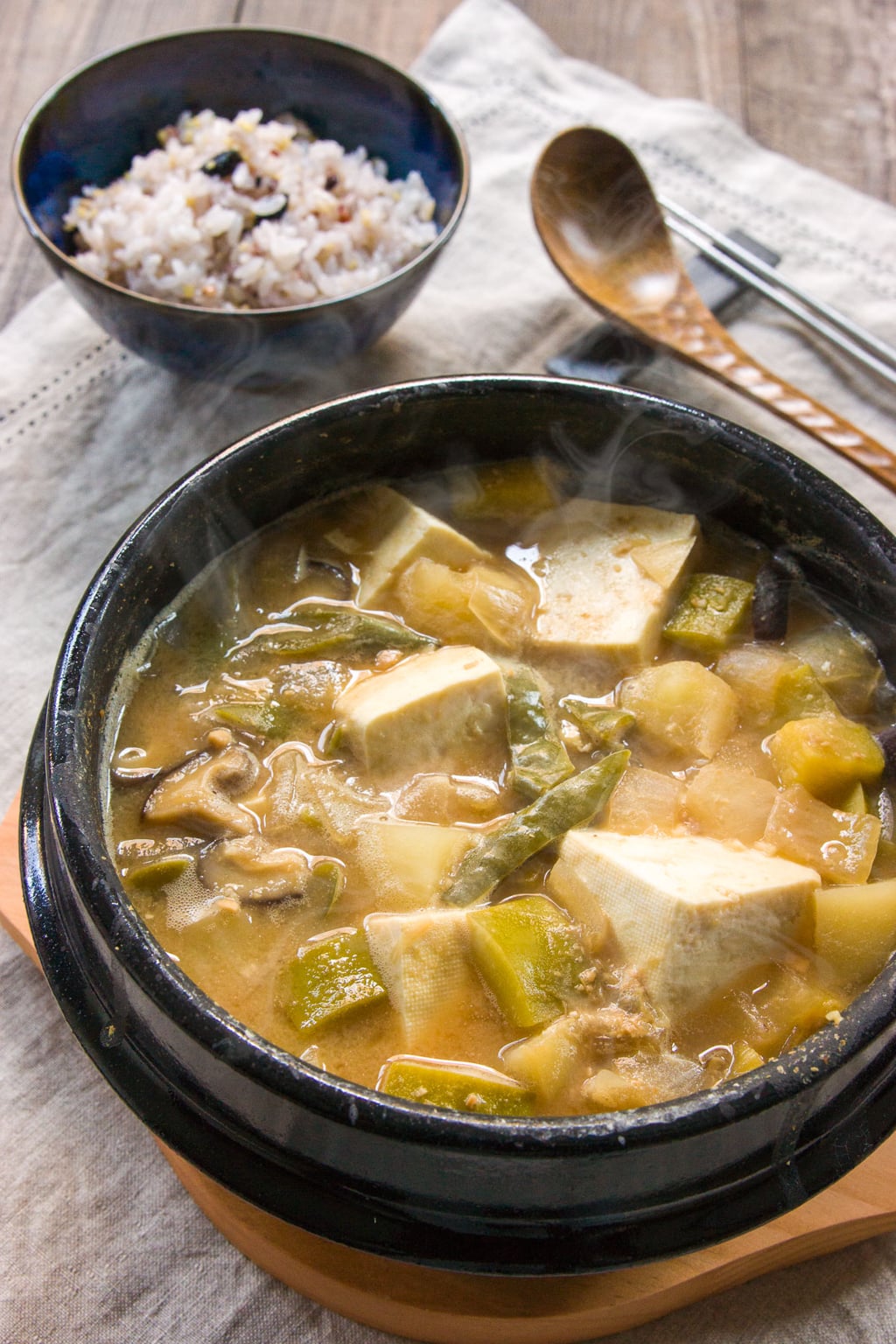 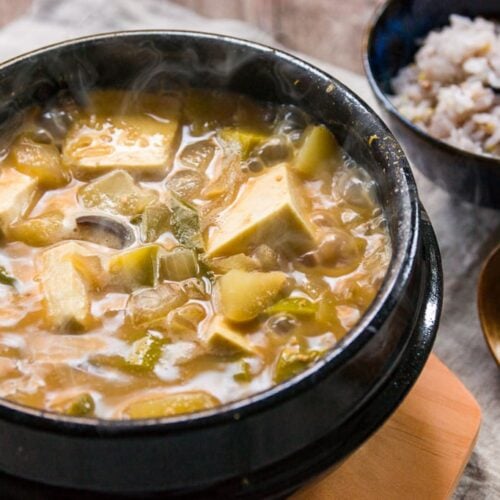