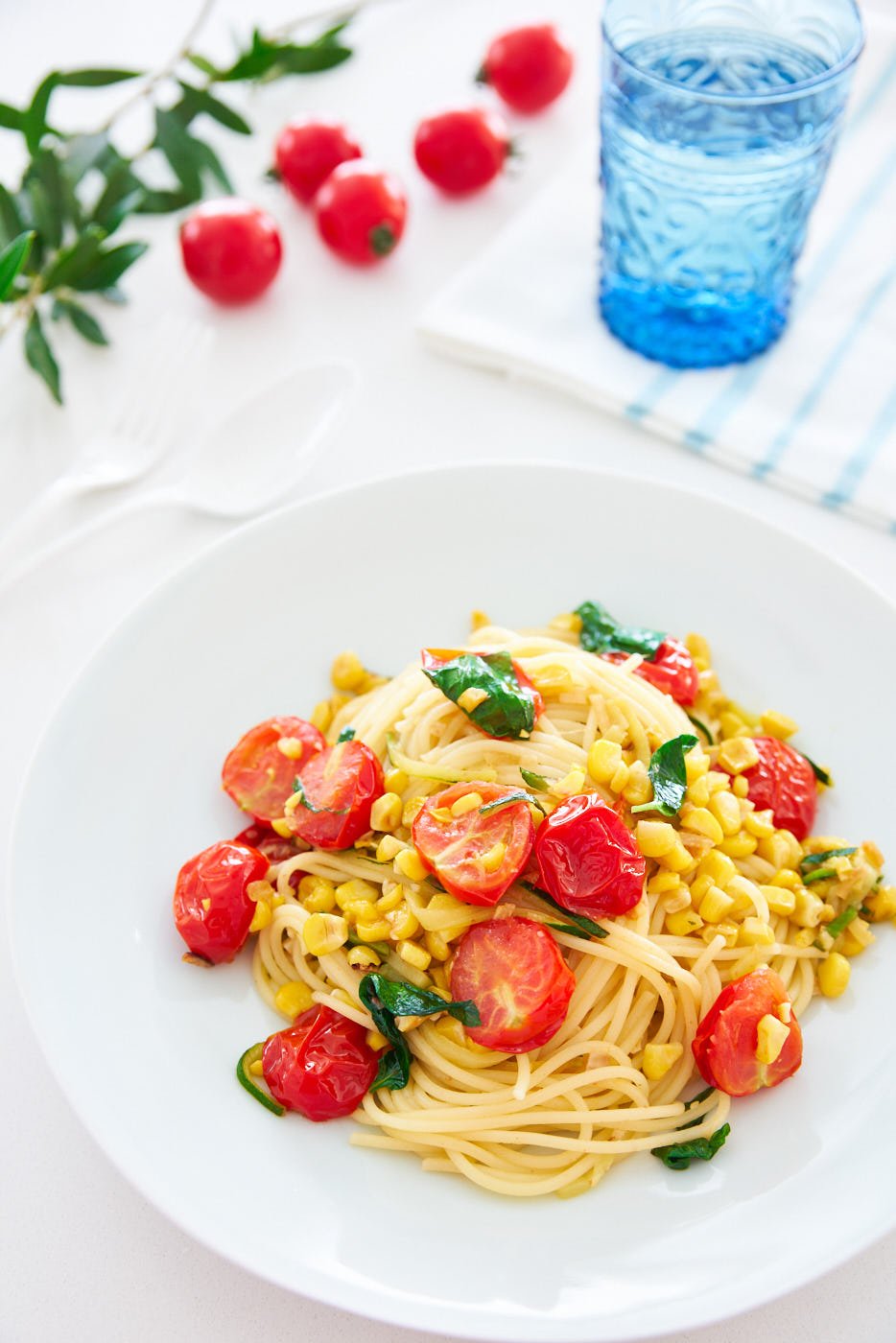 If Pasta Primavera had a sibling for the three other seasons of the year, then this Pasta Estate (pronounced es-TAH-teh), would quite literally be summer (Estate means summer in Italian). As far as I’m aware there isn’t actually a dish called Pasta Estate in Italy, but if a French chef in New York is allowed to name a pasta after spring, why can’t summer have a pasta too?

For the veggies, I used a combination of garlic, cherry tomatoes, corn, and zucchini. They’re a colorful combination that is loaded with umami producing amino acids. That being said, this will work with many other summer vegetables and would be a fun way to use up items from a CSA basket. Here’s how to think about the vegetables to add: 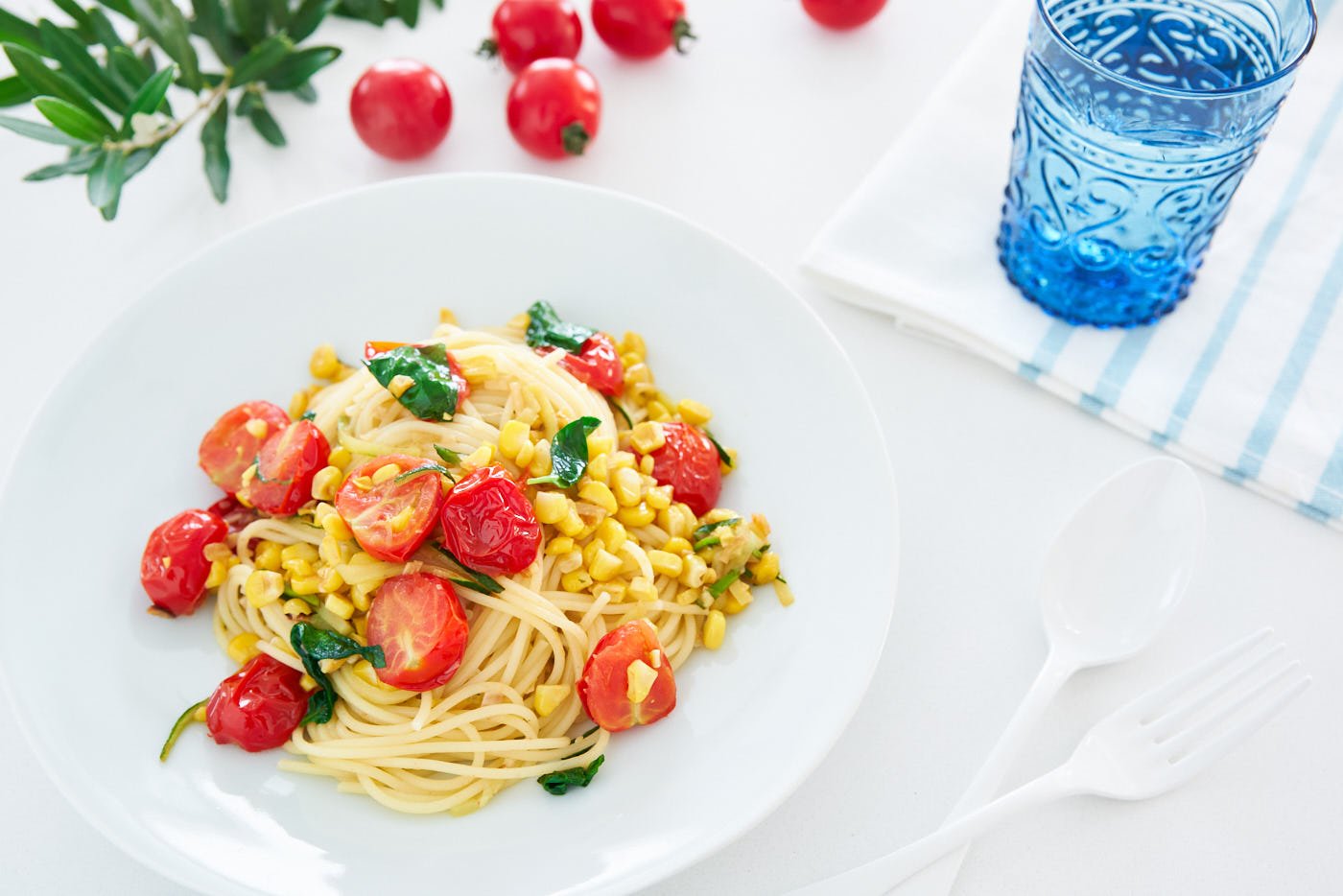 Some may argue that pasta is pasta and that the kind you use doesn’t matter, but for me, every pasta dish tells a story, and the type of pasta that you use becomes part of the plot. Aside from practical considerations like using a shape that’s suitable for holding onto the style of sauce you make, the thickness, length and curvature can make the finished dish light and playful or substantial and imposing.

For this dish, I knew I wanted a long straight pasta as they tend to be a bit more delicate while being adept at hanging onto thin strips of veggies like the julienned zucchini. I ended up going with spaghettini which is the perfect balance between featherweight Cappellini and regular spaghetti. It has enough substance to stand up to the crisp corn and yet it’s delicate enough to allow the vegetables to shine through. Look closely at the plate, and you can almost see rays of summer sunshine bursting out from between the strands of spaghettini!

Of course, if all you have on hand is spaghetti or even something heavier like Strozzapreti, they will work in a pinch.

How to make Pasta Estate

Whatever pasta you choose, I like to finish cooking it in the pan with the sauteed veggies to marry their flavors. That’s why I usually cook the pasta for 2 minutes less than what it says on the package. There’s technically no sauce here, so you’ll want to reserve a bit of the boiling liquid and add it in with the veggies and pasta. This helps to release some of the caramelized vegetable juices from the pan while adding a bit of starch that allows this invisible sauce to coat everything in a layer of flavor.

I made this plant-based because it was hot and I wanted something bright and refreshing. If you’re not vegan and prefer something with a bit more body, try sprinkling on some parmesan cheese at the end. It makes the umami in the corn pop while the fat mellows out the acidity of the tomatoes. 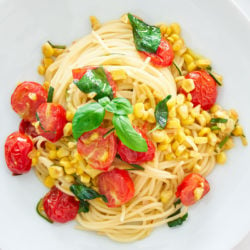