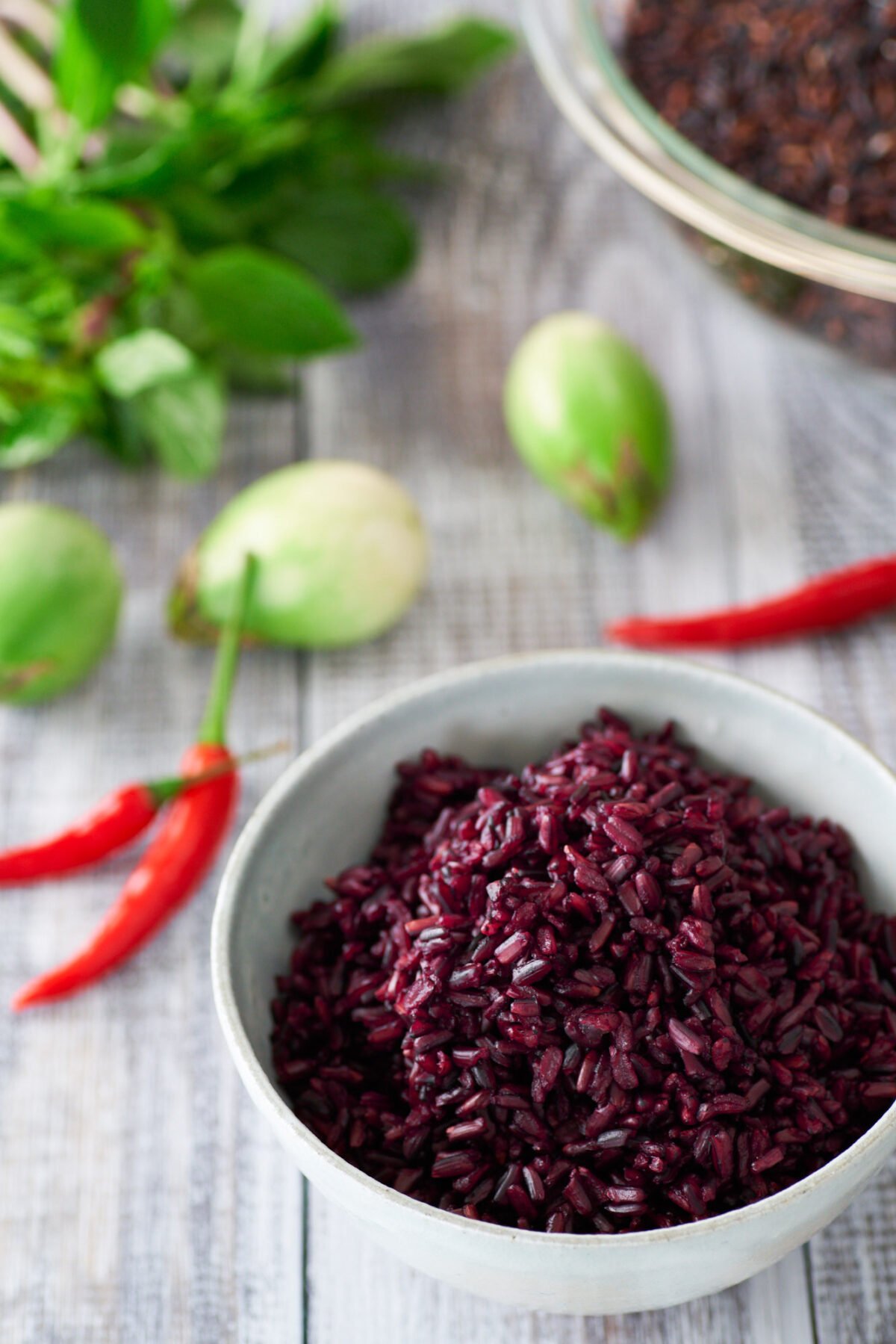 I discovered this relatively new cultivar of rice on a recent trip to Thailand, and it’s become one of my favorite types of rice. Not only is it loaded with nutrients, it also tastes good and cooks in the same amount of time as regular white rice.

Riceberry is a cultivar of rice that was created by hybridizing Hom Nil (black jasmine rice) with Khao Dok Mali 105 (another type of jasmine rice). It’s a long grain rice that has a reddish black color when raw, that turns purplish black when cooked. Because Riceberry is a whole grain rice, the bran and germ have not been milled off; however, unlike brown rice, it cooks in the same amount of time as white rice.

If you eat more than one grain of Riceberry are you eating Riceberries?

Where does riceberry get its color from?

The purple hue of this rice is caused by anthocyanins, which are a naturally occurring pigment and antioxidant. At the time of this writing, there is no scientific evidence to indicate anthocyanins have any health benefit as they are poorly conserved in the body. That being said, other flavonoids that tend to exist alongside anthocyanin-rich foods, may increase the levels of antioxidants in your bloodstream. 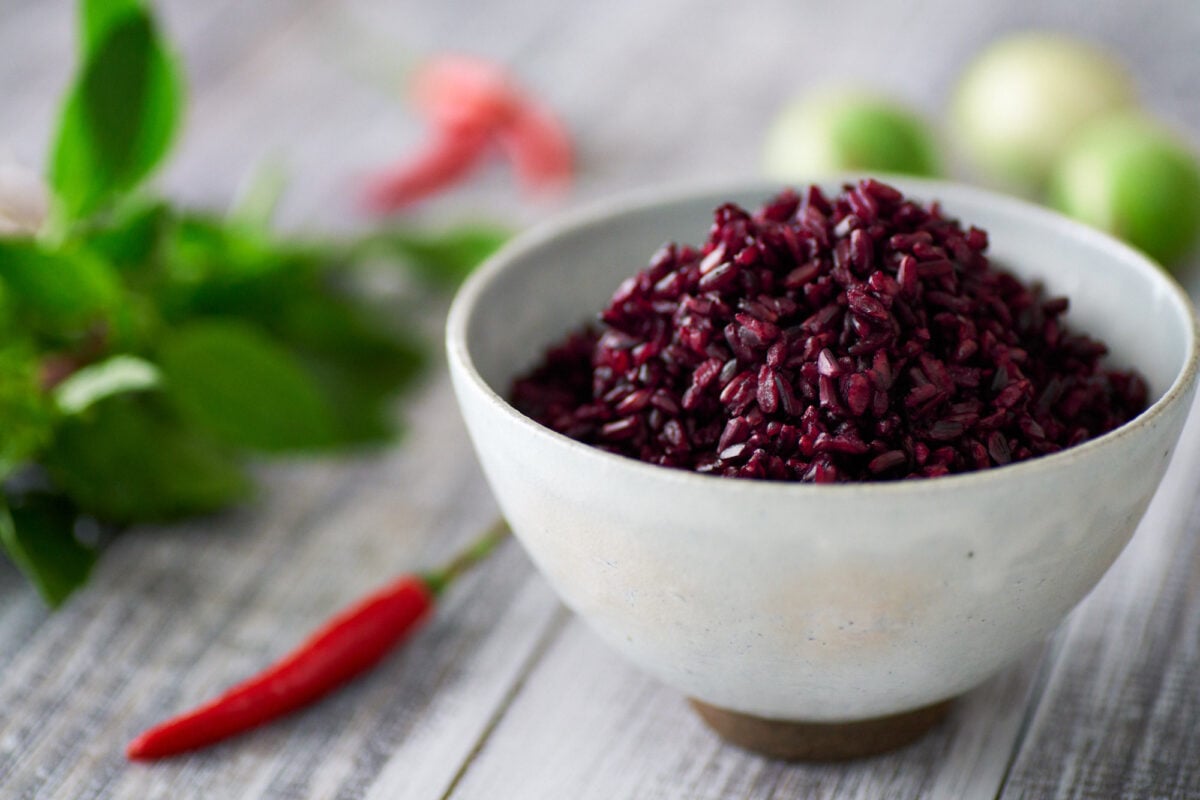 If anthocyanins aren’t beneficial, why is Riceberry called a superfood?

I hate the term “superfood” because it’s a meaningless catchphrase that’s kind of like the term “lite” (hint: there’s no such word). It gives people the impression that if they eat this one thing, that’s all they have to due to be healthy, which couldn’t be further from the truth. That being said, Riceberry has a high concentration of beneficial nutrients such as vitamin E, vitamin B1, iron, and omega 3 at much higher levels than in other types of rice.

My thinking around it goes like this: I love rice and will probably never stop eating it, so if I’m going to have rice, I may as well eat one that’s as nutrient dense as possible. The things that have kept me from consuming brown rice regularly are that it takes forever to cook, and it doesn’t taste very good. Riceberry fixes both of these problems, which makes it pretty super in my book.

Unlike most varieties of rice, Riceberry has a strong fragrance that’s savory and almost meaty in the aroma. Because it’s a whole grain rice, the bran gives it a similar texture to brown rice; however, the interior is tender, nutty and a little sweet. 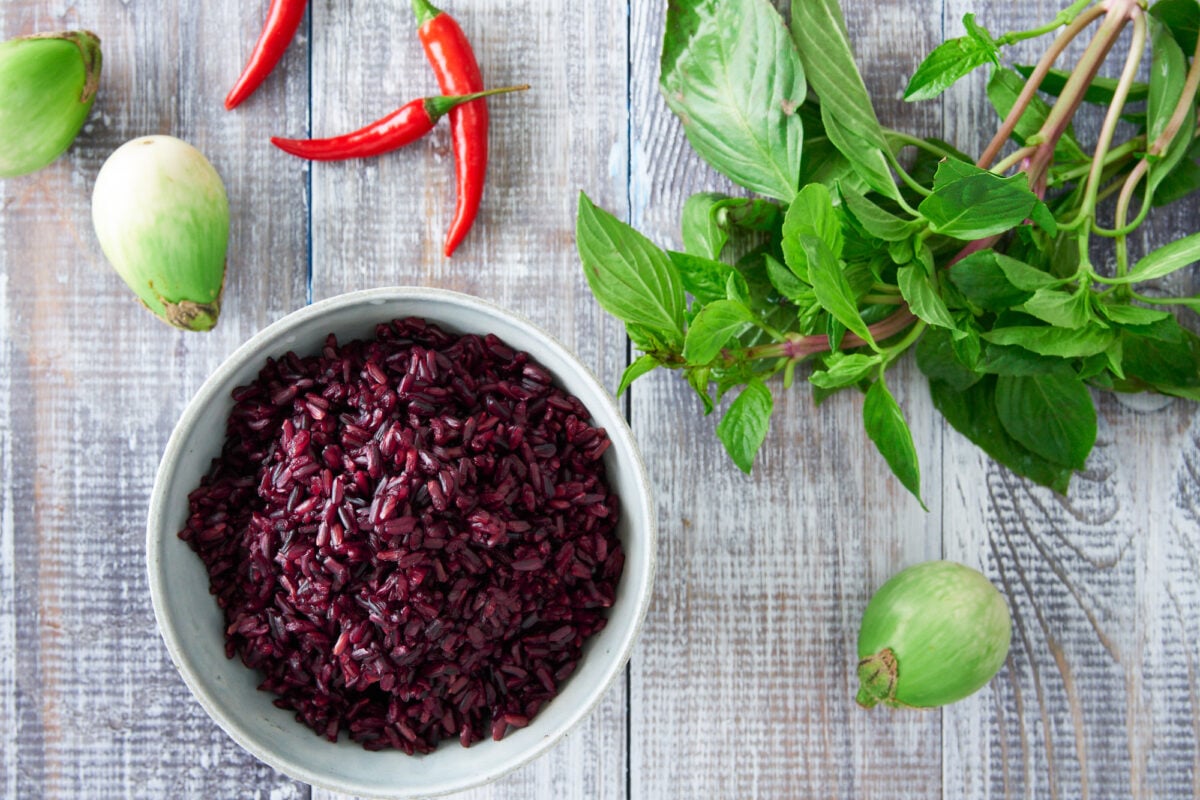 How do you cook Riceberry?

The process for cooking Riceberry is similar to preparing almost any kind of rice; however, there are two significant differences. The first is that you don’t need to wash it, and the second is the amount of water you use to cook it. I like using a weight ratio of 1 part riceberry to 2 parts water. If you’re using volumetric measurements such as US cups, the ratio is more like 1 cup of rice to 1 2/3 cups water. This results in rice that is tender on the inside but still has just a bit of chew. If you like your rice softer, you can increase the amount of water slightly and cook it for a little longer before steaming it.

As for the process, it’s just a matter of adding the rice and water to a pot and then covering it and bringing it to a boil before lowering the heat and letting it simmer for twenty minutes. Once the rice is done cooking, it’s important to allow the rice to continue steaming for another ten minutes off the heat without opening the lid; this step ensures the rice is tender to the core. 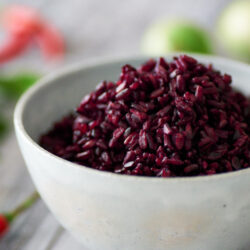