What is Sushi Rice?

It may not be the most exciting part of sushi, but the rice, known as sushimeshi (鮨飯) in Japanese, is what makes sushi, sushi. It’s made by cooking Japanese short-grain rice, which is then seasoned with a mixture of rice vinegar, sugar, and salt. It’s worth noting that in the US, uncooked Japanese-style rice is sometimes labeled “sushi rice.”

In Japan, where hundreds of varieties of fresh fish are available at local fish markets, the best sushi restaurants differentiate themselves based on their technique, not just the variety and quality of their fish. Sushi rice, in particular, separates the truly extraordinary restaurants from the merely good.

Excellent sushi rice teeters the line between tender and firm. Each grain of rice retains its original shape, and yet they magically stick together, without being gluey or gummy. The seasoning is a balancing act between sweet, sour and salt and the rice should be well seasoned, but not so much so that it detracts from the fish. Most importantly, each grain of sushi rice should sport a lustrous shine that would make a shampoo model jealous. 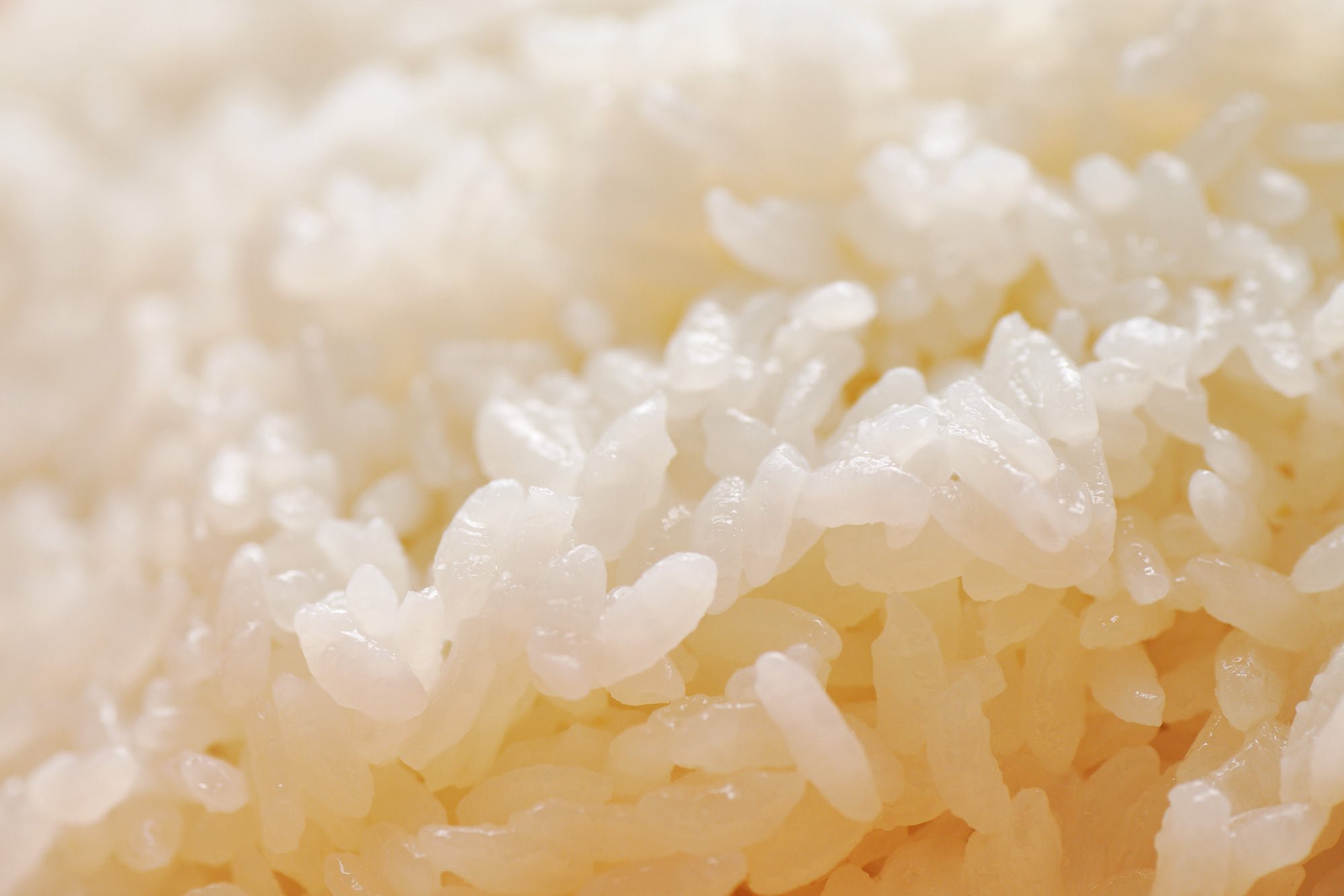 What’s the difference between Sushi and Sashimi?

Sashimi (刺身) is the Japanese word for a dish made with sliced raw fish. Sushi takes many forms, and may or may not include raw fish, but the common thread is that sushi always includes sushi rice. Some examples of sushi include makisushi (rolls), nigirisushi, chirashizushi(sushi bowl), temakisushi (handrolls), and gunkan(battleship).

What’s the history of Sushi Rice?

By some accounts, the word sushi is a contraction of the words su, which means “vinegar” and meshi, which means “rice.” One of sushi’s earliest iterations in Japan is what’s known as narezushi (馴れ寿司). Fish was salted and then buried in cooked rice and allowed to ferment. The ensuing lacto-fermentation would break down the rice, lowering the pH and preserving the fish. Eventually, someone figured out that adding vinegar to the mixture would shorten the fermentation time making the fish taste better.

The next step in the evolution of sushi happened near Osaka, where the fish was salted, vinegared, and pressed onto a bed of sushi rice using a wooden mold. The bar of sushi would then be cut into bite-size pieces. This style of sushi is known as oshizushi (押し寿司), or pressed sushi, and is still popular in the region, especially for bento since the vinegar helps preserve the fish.

The style of sushi we enjoy today wasn’t developed until the Edo Period. Edo, the former name of Tokyo, was situated next to a bay which was teaming with seafood. Around 200 years ago, an enterprising chef started topping small balls of sushi rice with the fresh fish from Edo bay without curing it first. Never before had the preparation of sushi been so easy or fast, and so nigiri sushi was brought into this world as an early form of fast-food, sold out of stalls near the bay. 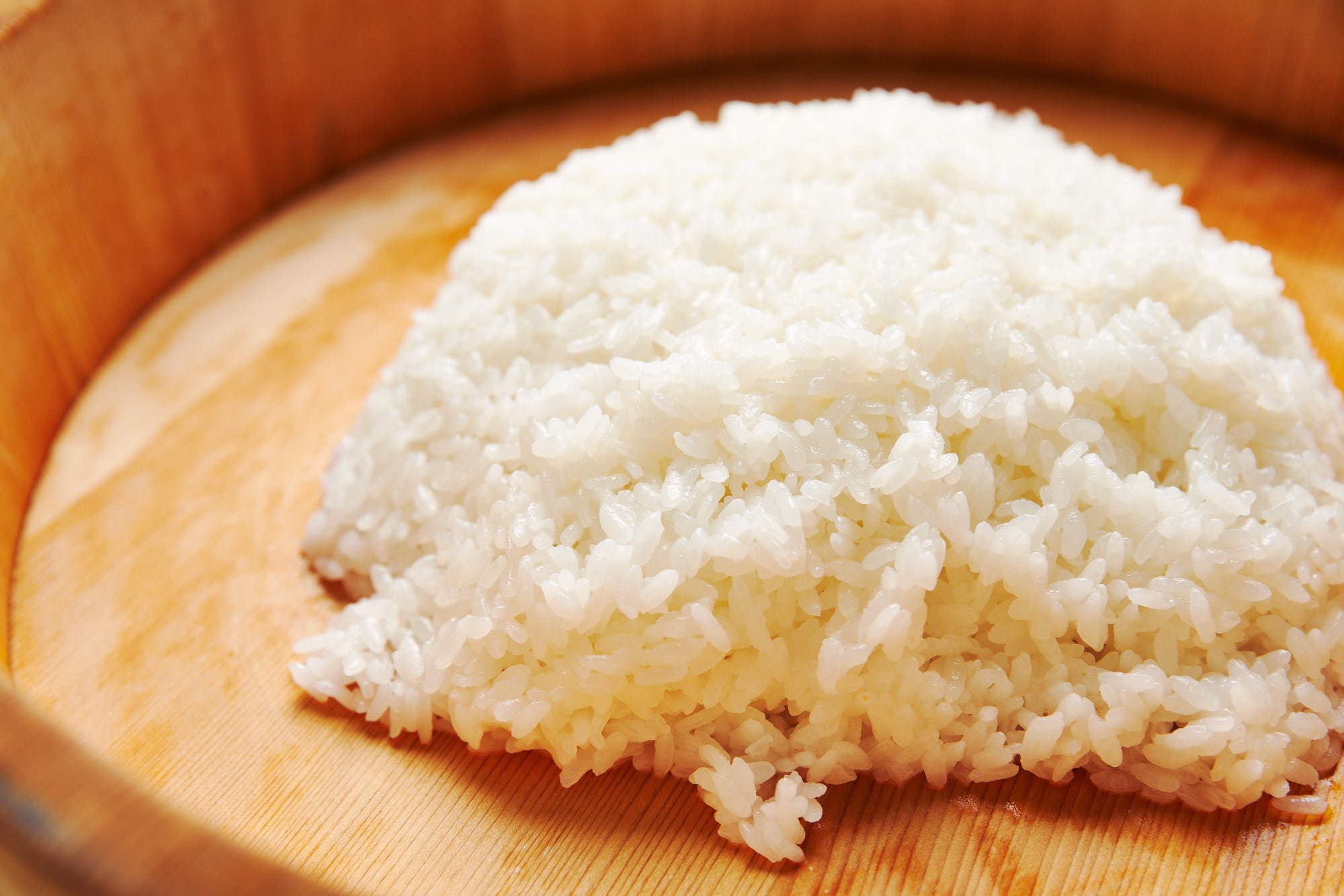 What kind of rice do you use to make Sushi Rice?

Not all rice is not created equally. Long-grain rice, such as Basmati or Jasmine tends to have a dry fluffy texture and the grains don’t stick together thanks to a high ratio of Amylose to Amylopectin. This also causes long-grain rice to get hard as it cools. Short grain rice, on the other hand, has a higher ratio of Amylopectin to Amylose. This not only makes the rice sticky, but it also helps keep the rice soft, even after cooling.

There are many different kinds of short-grain rice, but if you’re planning on making sushi, I recommend looking for Japanese short-grain rice. Even amongst Japanese rice, there are dozens of varieties. Each one with variations in texture, color, and shine that’s affected by where it was grown, what the weather was like that season, how it was milled, and even how fresh it is. A pound of recently harvested premium rice can fetch upwards of $20 in Japan. Unfortunately, we don’t have quite the selection of rice here in the US, but looking for rice labeled as “new crop” is a good start.

A lot of the Japanese-style rice sold in the US is a cultivar called Calrose, which is actually a medium-grain rice. While it can be used for sushi, it’s not ideal, as it has a lower Amylopectin content than short-grain rice.

What are the ingredients for sushi rice?

What is Sushi Vinegar?

Sushi vinegar is the seasoning used to make sushi rice. It’s typically made with rice vinegar, sugar and salt, but it can also be purchased pre-blended in a bottle. That being said, making sushi vinegar is ridiculously easy, and I don’t recommend buying the bottled kind because they are loaded with additives.

Cooling the rice as the seasoning is folded in, is a part of the process of making sushi rice. That being said, it does not need to be cooled to room temperature, and some sushi chefs like to use luke-warm rice.

How do you make Sushi Rice?

The first step in making sushi rice is to wash the rice thoroughly under cold water. This removes any remnants of bran and extra starch that’s still on the rice from the milling process. For the best texture, it’s essential to let the rice soak in cold water for at least 30 minutes before you start cooking it. This allows the rice to rehydrate, preventing textural problems that can occur when dry rice is suddenly boiled.

Once the rice has soaked, it’s cooked with a little less water than you would typically use for the quantity of rice. This keeps the rice from getting mushy when you mix it with the sushi vinegar. The rice then needs to be steamed to complete the cooking process.

Finally, the hot cooked rice is folded together with sushi vinegar while being rapidly cooled. You want to do this in a container with as much surface area as possible so the rice can be spread out and cooled with a fan. This helps evaporate the excess moisture, which not only gives the rice a glossy finish, it also keeps it from absorbing too much liquid and getting soggy. 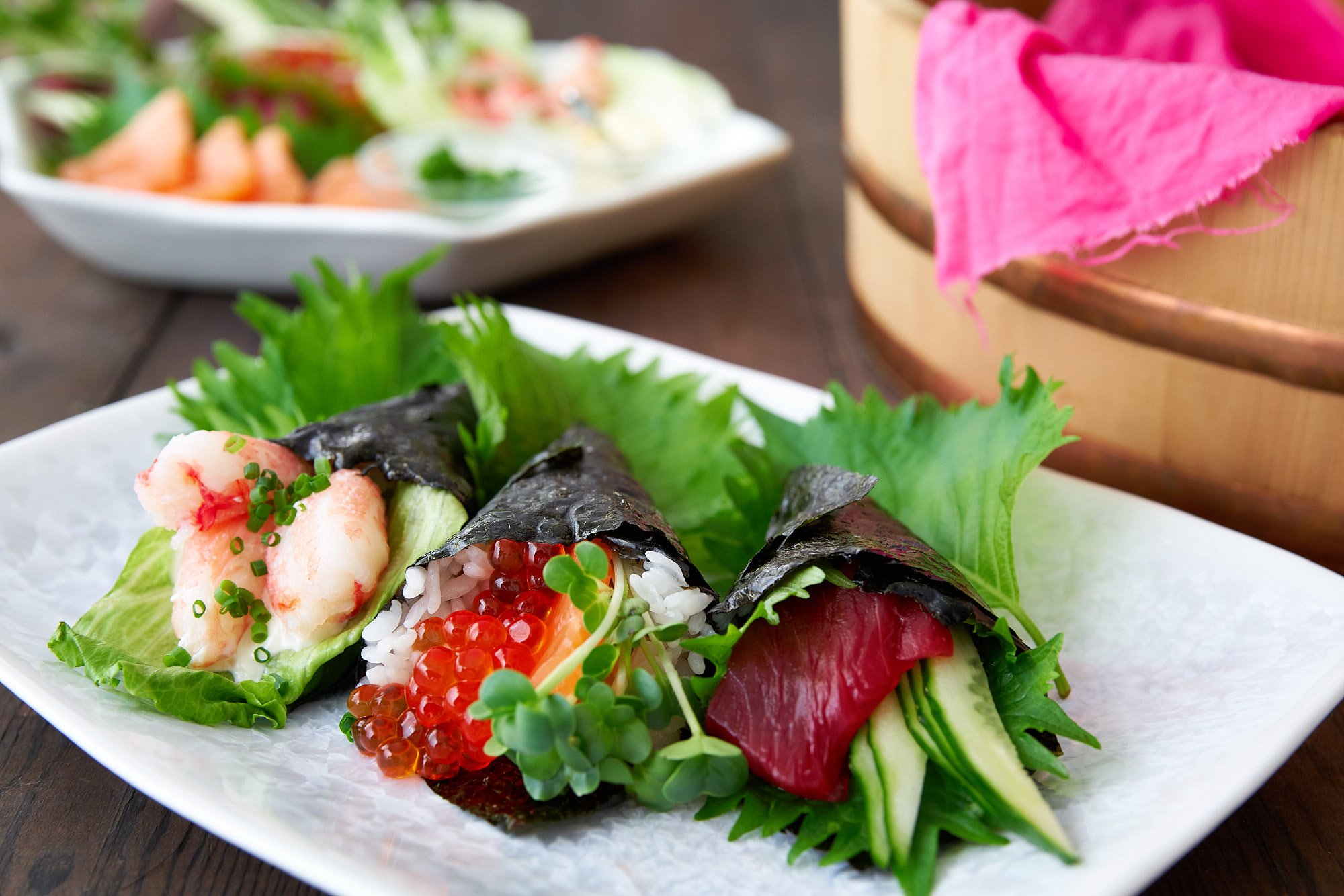 How do you use Sushi Rice?

Sushi rice is delicious as is, or it can be used to make various kinds of sushi such as rolls, temaki, gunkan, Chirashizushi, or Nigiri sushi. Sometimes I like to mix it with ground sesame seeds, or minced Japanese pickles to pack into a bento box lunch. You can also make donburi or rice bowls with it by topping the sushi rice with your favorite seafood and vegetables such as crab, tuna, and avocado. I also love Poke over sushi rice.

How many rolls does this make?

This recipe makes about 700 grams (25 ounces) of sushi rice. It depends on the type of rolls you make and how thick you lay the rice, but it should make anywhere from 5-7 thinner rolls (half sheet of nori), or 4-5 thicker rolls (full-sheet of nori).

What’s the ratio of sushi vinegar to rice?

I usually make a a big batch of sushi vinegar and store it in a bottle. As long as the sugar and salt are fully dissolved, this will keep in the refrigerator for months. Then you want to make sushi rice, you can use 1/3 US cup of sushi vinegar for every 2 rice cooker cups of uncooked rice after you’ve cooked it according to the directions in this recipe. 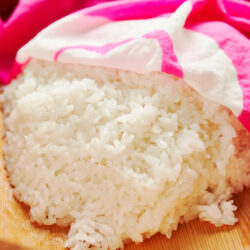 A rice cooker cup does not equal 1 US cup. If you don’t have a rice cooker, use the weight measure.

What do you think?87 Cancel reply