Yogurt is one of my favorite foods, not only is it loaded with protein and probiotics, the balance between tangy and creamy, and the fact that it is thin enough that you can almost drink it, make it light and refreshing. This is why I’ve never really been a fan of strained yogurt. Eating a bowl of it for breakfast leaves you thirsty, and mixing in sweet things like jam or honey make it cloying. As it turns out, I’ve been eating it wrong!

A few months ago, David Califa, The Hungry Tourist, invited me along on a tour of his homeland. I don’t know many people who are as passionate about good food as David, and he leads tours of some of the finest eating cities around the world exploring the best restaurants they have to offer. If you’re looking to explore the best places to eat around the world, go check out his website and Instagram.

Ichance to explore the culinary scenes of Tel Aviv and Jerusalem, which are a melting pot of culinary cultures from both near and afar.

Over the course of a week, I had some fantastic meals, and although each chef had his unique style, there were some common themes and ingredients that tied the cuisine together, and Labneh was one of them. I had it in sauces, under salads, with Jerusalem Bagels, and on raw fish, but never was I served a bowl of Labneh with a spoon and jam, like you’d eat yogurt.

Labneh, sometimes written Lebni, Labne, or Labna, is the transliteration of the Arabic word “لبنة”. It’s a fresh cheese made by salting and straining yogurt to varying degrees and is eaten much like you’d eat other soft cheeses.

Where is Labneh from?

Yogurt is made by inoculating milk with bacteria such as strains of lactobacillus and bifidobacteria which occur naturally on the surface of plants. Although it’s said to have originated over 7000 years ago in Mesopotamia, the abundance of the bacteria that creates yogurt means it was most likely discovered by accident in many places where humans were harvesting and storing milk from animals.

Yogurt is a traditional food that spans Europe from the South to the East, and in Asia from the West to the South. Most of these regions have some form of strained yogurt, but Labneh is unique to the Middle East and is used widely in Levantine, Arabic, and Persian cuisines. 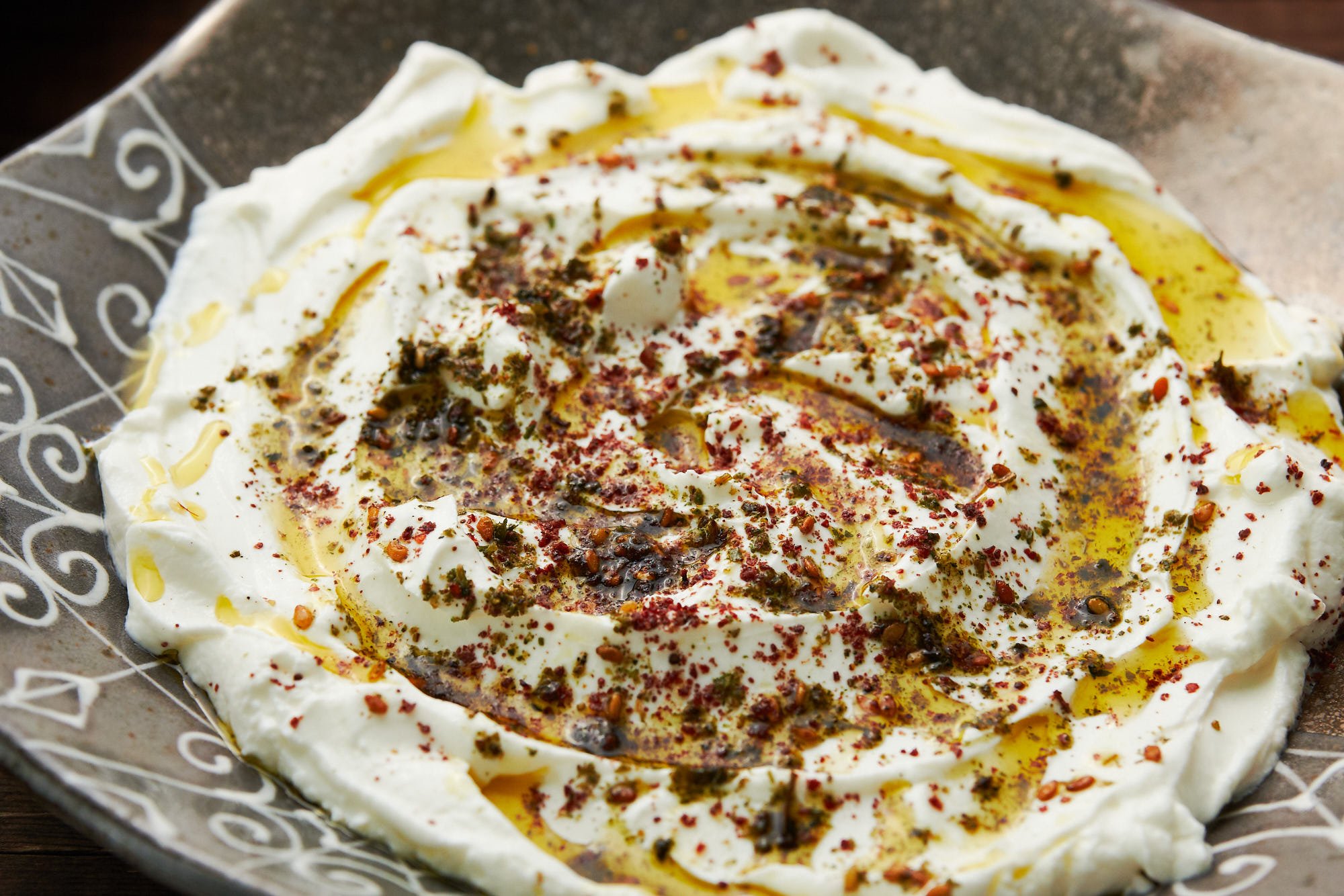 What’s the difference between Labneh and Greek Yogurt?

Although they’re both strained yogurt, Labneh is usually salted and strained for an extended period, which makes it more like cheese than yogurt. It can even be dried to make a hard cheese.

How do you make Labneh?

Labneh is made by simply stirring in some salt into plain yogurt and then allowing the yogurt to strain through a filter. The longer you let the yogurt drain, the firmer the resulting Labneh will be.

How do you use Labneh?

Labneh is a versatile ingredient that’s best compared to soft cheeses like cream cheese. It can be garnished with olive oil and herbs and served as a dip, it can be spread on bread to make sandwiches, and it’s a delicious addition to soups, stews, and sauces, mellowing out sharp flavors while adding richness and body. One of my favorite ways to use Labneh is to add it to salads like you would cheese, like Feta. It lends creaminess that smooths out bitter greens or a sharp vinaigrette, and it also adds protein, which can turn the salad into a complete meal. I also like making a simple pasta by whisking Labneh together with some olive oil, lemon zest, salt, and pepper and then tossing hot pasta, along with some of the pasta boiling liquid in the sauce. 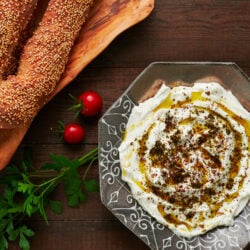