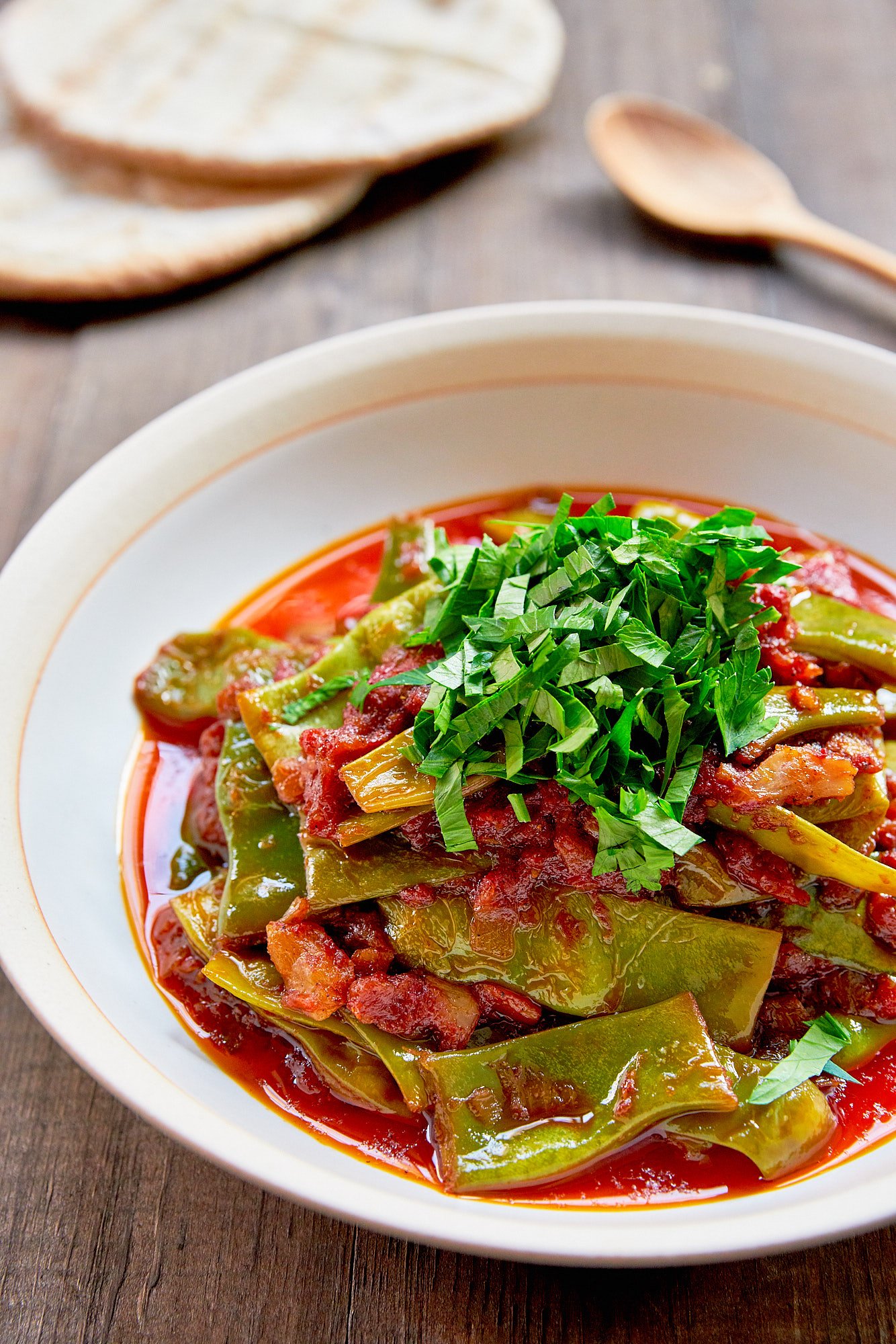 Although I’m usually not a fan of cooking vegetables to death, Romano beans can be a bit tougher than other varieties of green beans. That’s why they’re perfect for Loubieh Bi Zeit. By frying them in olive oil first before braising them with spices and tomatoes, they end up with a creamy texture that will fill your mouth with flavor with each bite.

The sweet sun-ripened flavors of the tomatoes, play the perfect counterpoint to the verdant flavor of the green beans, while the flavorful onions and garlic synergize with other ingredients to create a simple summer side with unbeatable flavor. The only other seasoning that goes into Loubieh Bi Zeit is Baharat, a Middle Eastern blend of seven spices.

Baharat shares some similar ingredients with other spice blends such as Garam Masala and Ras Al Hanout, but the fragrance of this unique blend of spices has an emphasis on sweet spices like all-spice, cardamom, cinnamon, and cloves; which are balanced by warmer spices like paprika, black pepper and cumin. You can pick it up at Middle Eastern grocery stores, but it’s fairly easy to make if you have a reasonably well stocked spice drawer; just combine roughly equal parts of the seven spices above. For my blend, I tend to go a little lighter on cloves and cumin while putting more emphasis on the all-spice.

I usually serve my Loubieh Bi Zeit with pita, but if you make enough to have leftovers(which you by all means should), it’s also delicious served over rice, wrapped in a tortilla, or sandwiched between a crusty baguette. Also, like most stews, this one gets better after spending a night in the fridge, which makes it a great make-ahead meze for a party along with some hummus and tabouleh. 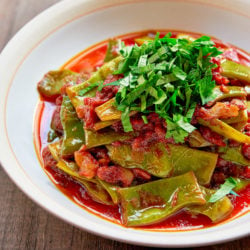 If you can't find Romano beans in your area, regular green beans will work as well.