It’s been a long cold winter and my body’s been aching to eat something vibrant and green. It’s still a bit early for spring vegetables, but Tabouleh is a verdant Levantine salad you can put together with vegetables and herbs that are available all year.

While it’s a simple salad to prepare with very few ingredients, here are a few key points that separate a great tabouleh from a bowl of rabbit food.

It’s worth noting that cucumber is not a traditional addition to Tabouleh, however I like the texture it adds. If you want to make a more traditional Tabouleh, just omit the cucumbers. Tabouleh tastes great the day it’s made, but I think it’s even the better the next day. Serve it as part of a Meze, or on a bed of greens as a salad. 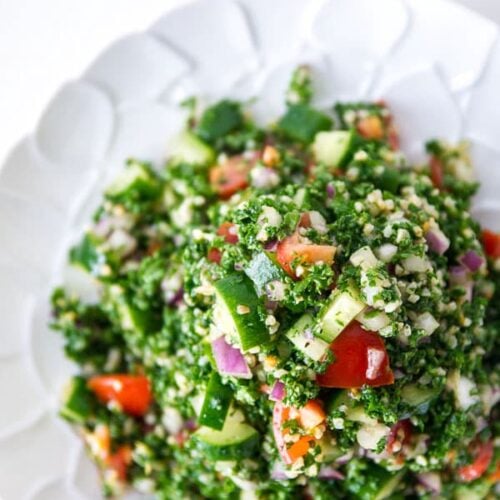