What is Tamago Sando?

Tamago Sando (卵サンド) literally means “egg sandwich” in Japanese, and it refers to the Japanese version of the egg salad sandwich. Although both sandwiches and egg salad are Western inventions, it’s evolved into something uniquely Japanese.

There are a couple of variations including one that’s made by mixing mayonnaise and seasonings directly into eggs, before cooking them into an omelette. This recipe is for a more traditional egg salad sandwich made with boiled eggs.

How is a Japanese egg sandwich different?

Japanese egg salad sandwiches have three key differences from their western counterparts. The first is that the sandwich is all about the egg, so there typically aren’t any vegetables such as onions, celery, or pickles included. The second is that the eggs are mixed with Japanese-style mayonnaise. The third is that the egg is sandwiched between slices of Japanese sandwich bread.

What is Japanese mayonnaise?

Japanese Mayonnaise is a condiment that comes in plastic squeeze bottles and is used in a variety of foods in modern Japanese cuisine. It comes in a plastic squeeze bottle, and the most common brand is Kewpie. Although it’s creamy, it has a balancing tartness and sweetness that keeps it from getting cloying. The simplest way to describe it is that it tastes like homemade mayonnaise. 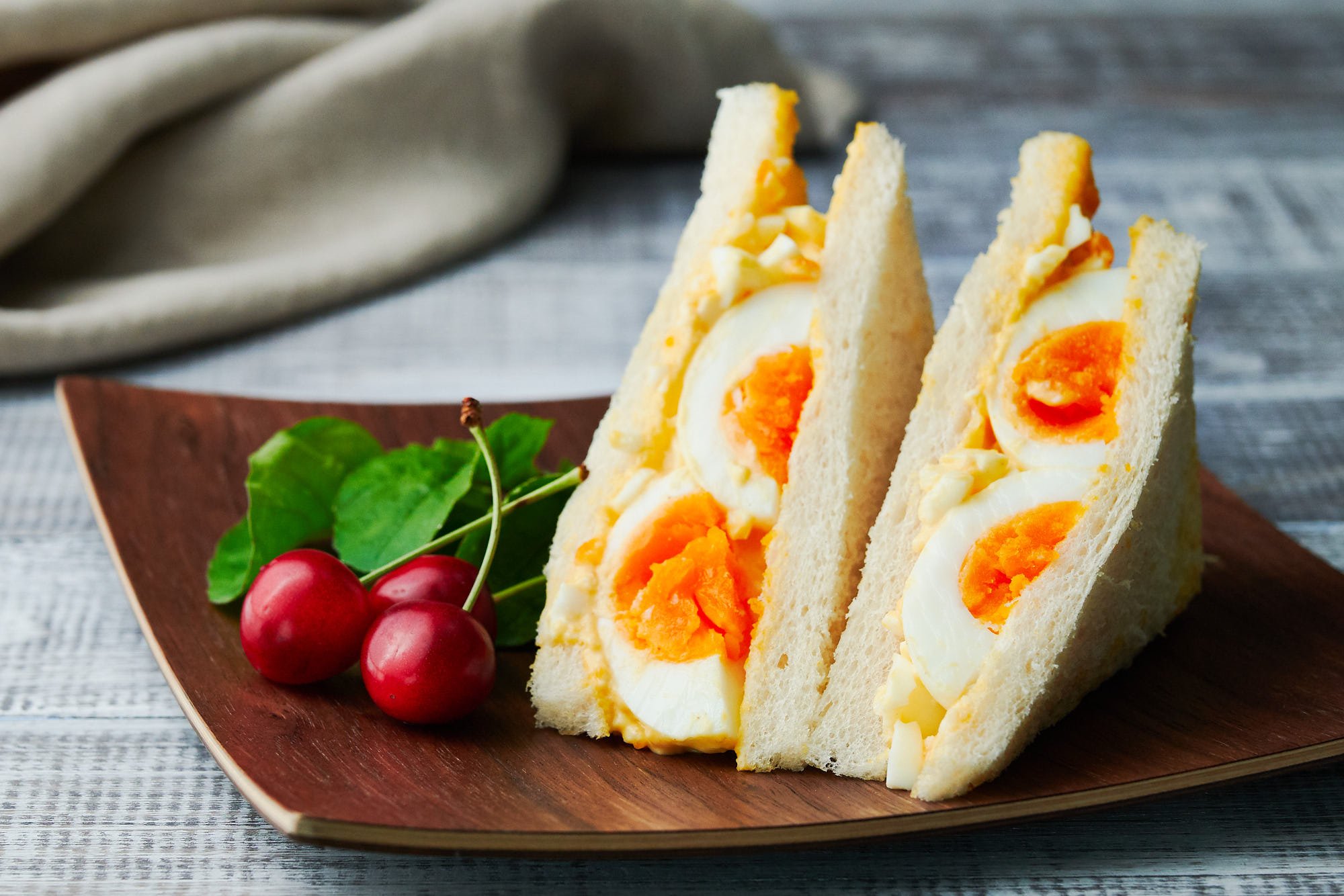 What is Japanese sandwich bread?

Japanese sandwich bread is called shokupan (食パン) in Japan, and it has a unique texture that makes it light and fluffy, and yet dense and a little chewy (in a good way) at the same time. It tends to be a little sweet, and because it’s baked in a covered loaf pan, the bread has a perfectly square shape which makes it well suited for making sandwiches. I think the closest thing I’ve had to shokupan in the US from a texture perspective is Wonderbread, but the Japanese bread is denser and more flavorful.

Why are Japanese convenience store sandwiches a thing?

Convenience stores, known as konbini in Japan, are basically small supermarkets with a large selection of prepared foods. The three major konbini chains are 7-Eleven, FamilyMart, and Lawson and they each do their own take on the egg sandwich. Riding on the coattails of another konbini favorite: katsu-sando,  Japanese-style egg sandwiches have picked up a following outside Japan which I’m guessing is why you’re here😉.

Which convenience store egg sandwich is the best?

I recently did a three-store egg sandwich taste test comparing the egg sandwiches from 7-Eleven, FamilyMart, and Lawson. You can click the link to watch the full review, but in short, all of the sandwiches had their strengths and weaknesses. That’s why I set out to make my own version that takes the best parts of the three convenience store sandwiches to make one egg salad sandwich to rule them all.

How do you make a Japanese Egg Sandwich?

The first thing is to get Japanese mayonnaise and sandwich bread. They should both be available in most Asian supermarkets. Then you need to make medium-boiled eggs. I have a recipe for making perfect boiled eggs that you can check out, and using this method; I cook mine for 8 minutes for this sandwich. Then it’s just a matter of chopping the eggs up and mixing them with the mayonnaise and a touch of mustard and seasoning it with some white pepper onion powder and salt. I also like to add a halved boiled egg in the center of the sandwich, which not only has a visual impact; it lends a wonderful texture that makes this like a giant deviled egg. 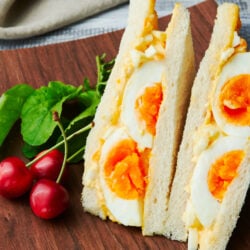