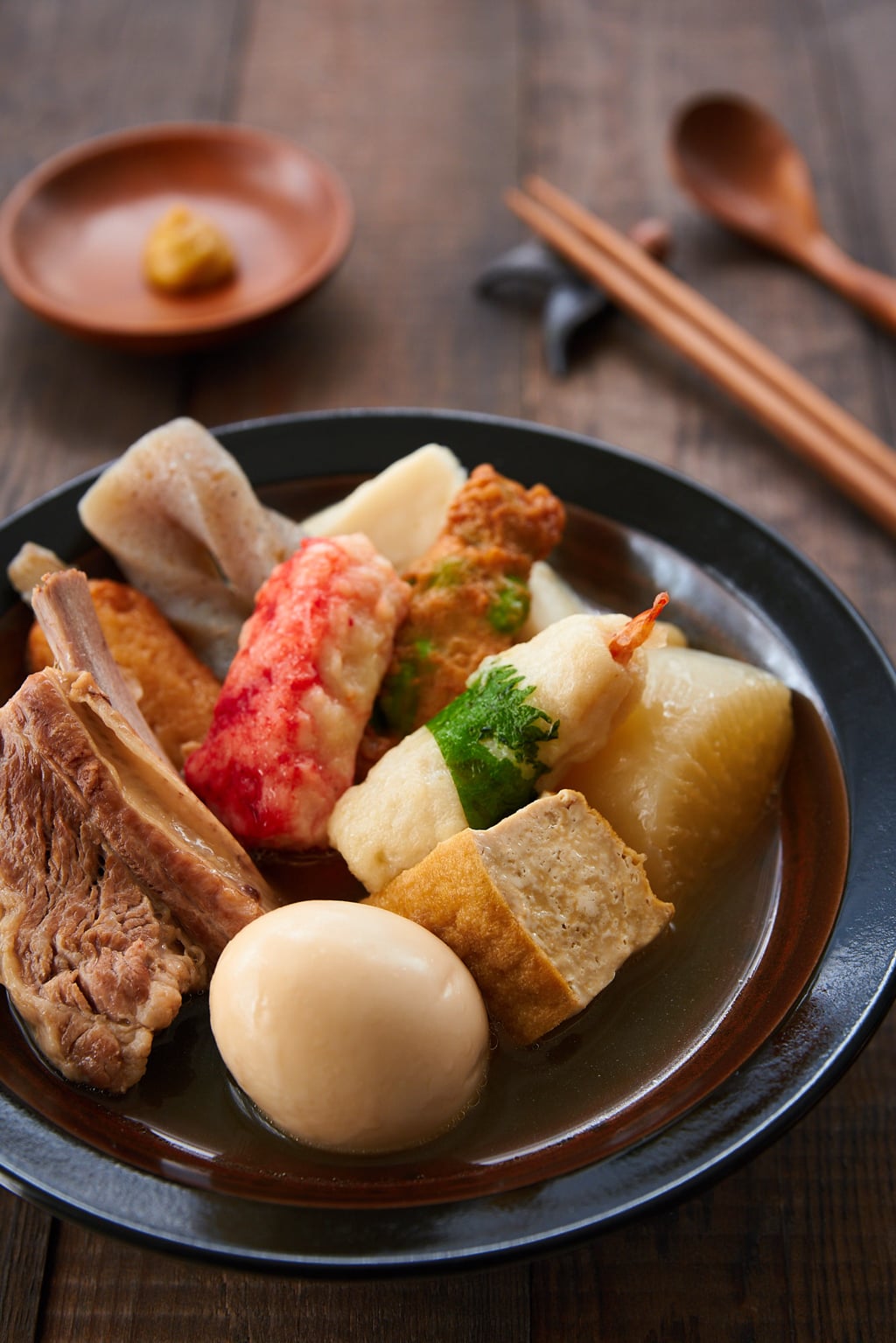 In Japan, the savory aroma of Oden(御田) wafting through the cool air is like the smell of roasting chestnuts on the streets of New York (or their modern candied nut equivalent). It’s a the quintessential winter comfort food and can even be found in convenience stores and yatai (street stalls) around Japan during the cooler months of the year.

Oden was originally a dish made by spreading sweet miso on top of konnyaku(a firm jelly made from yam starch) and grilling it. If this sounds familiar, that’s because this preparation still exists, and is now known as Dengaku (as in Eggplant Dengaku). The “den” in Dengaku is the same “den” in Oden.

Oden took its modern form in the Kanto region of Japan, which is centered around Tokyo, about 400 years ago before spreading across Japan. That’s why some regions of Japan still refer to Oden as Kanto-ni or Kanto-daki.

Before moving to Japan I’d only ever had my mother’s version which was loaded with fish cakes of all different shapes and textures, konnyaku, tender daikon, and boiled eggs. But depending on what region of you’re Japan you’re in, it’s made with all kinds of ingredients, including beef shank, octopus, and offal.

Although Oden is usually served with Japanese hot mustard, this also varies by region, with some areas serving it with yuzu kosho, while others serve it with sweet miso.

For this oden, I decided to change things up a bit. Despite all the regional variations of oden, I’d yet to come across an oden that included pork, and spareribs seemed like a natural fit. I like using a lighter Kansai-style broth, and the collagen and fat from the pork add richness and a bit of viscosity to the broth, helping it coat each ingredient with flavor and imbuing a ton of porcine umami to the dish.

To keep the broth clear and to rid the pork of any gamey notes that might overpower the other ingredients, I par-boil the spareribs for about 15 minutes. This is enough time to coagulate the proteins in the pork, without extracting too much flavor. They then get cleaned and added back to the pot to simmer in dashi until they’re tender.

For the fish cake, you can use any Asian fishcake, but if you can find a Japanese grocery store near you, I’d recommend checking out the variety of Japanese Nerimono (fishcakes) to get the full experience. There are fishcakes with edamame, others with burdock, and still others stuffed with crab, cheese, octopus, etc.

The broth for oden isn’t usually consumed, but the stock released by the pork is so good, I’d recommend adding udon noodles to the stock the next day to make an oden udon. 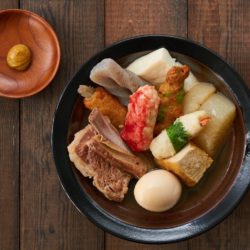