Despite being shaped like a fish, Taiyaki is a sweet cake that doesn’t contain any fish. Its easy-to-eat format and fun shape make it a popular traditional Japanese snack food often found at matsuri (festivals) in Japan. Although you need a Taiyaki pan to give it the shape, it’s not difficult to make, and I’m sharing everything you need to know to make Taiyaki at home in this recipe.

How to Make Taiyaki Batter

To make the batter for the Taiyaki, you first want to sift the cake flour, shiratamako, baking powder, and baking soda together using a wire strainer or sifter into a large bowl. This prevents the batter from getting lumpy.

Next, you want to heat the milk, butter, honey, and vanilla extract in a microwave oven until the milk is warm enough to partially melt the butter. This took about 50 seconds at 600 watts in my microwave. You can also do this in a pan. Just be careful not to let the mixture boil. Then you can whisk the mixture together until the butter has fully dissolved.

Pour the milk mixture into the dry ingredients and whisk the Taiyaki batter together until it is smooth and free of lumps.

How to Make Taiyaki

You’ll need a special pan and a gas stove to make Taiyaki. If you don’t have one, you can order the Taiyaki pan I used to make this recipe on my online kitchen tool store.

The first thing you’ll want to do is wad up a paper towel into a ball and soak it in two teaspoons of vegetable oil. You want the oil to thoroughly soak into the paper, so it doesn’t leave trails of oil in the pan.

Grease the mold’s interior surfaces using the oil-soaked paper towel. You want to get into all the nooks and crannies, but don’t leave any oil bubbles behind in the pan, or your Taiyaki won’t brown evenly.

Add a mounded tablespoon of anko into the middle of each Taiyaki and use a spoon to spread it out, leaving at least a 1/2-inch border on all sides.

Cover the anko with another tablespoon of batter. Use the brush to spread it right to the edges of the fish on all sides.

Close and lock the mold and then flip it over. Cook this side for 2 minutes. When the timer is up, flip the pan over again and cook for another 2 minutes.

When the timer is up, open the pan to check the color of the Taiyaki. If it needs more browning, let it brown for longer on the side that needs it.

Use a toothpick or skewer to release the Taiyaki from the pan and serve it hot.

Taiyaki ( たい焼き, 鯛焼き or タイヤキ) literally means “grilled sea bream” (tai = sea bream, yaki = grilled or baked), which is a symbol of luck. While the sweet pastry is baked in a fish-shaped griddle, it does not include any fish. Instead, it’s made with a sweet filling (most commonly sweet red bean paste) encased in a pancake batter that can vary in texture from light and crispy, to dense and chewy. Due to its fun shape and portability, it’s a popular street food often sold at street fairs.

What is the history of Taiyaki

Fish-shaped pastries have a long history in Japan, dating back to at least the Edo era (early 19th century). The predecessor of Taiyaki is thought to be a snack sold by street vendors called Mojiyaki (文字焼), which literally means “grilled characters.” It was a thin and hard cookie made by pouring batter onto a griddle in different shapes, such as fish and turtles.

Taiyaki also shares similarities with Imagawayaki, which is kind of like Japanese waffles, expcet the allow center of the mold allows the waffle batter to be filled with sweet azuki bean paste.

The first modern Taiyaki is often credited to a shop in Tokyo called Naniwaya Sōhonten (浪花家 総本店) in Tokyo, which opened its doors in 1909. They used single iron molds to bake the treats, which gave them a three-dimensional shape while allowing them to be filled with anko. 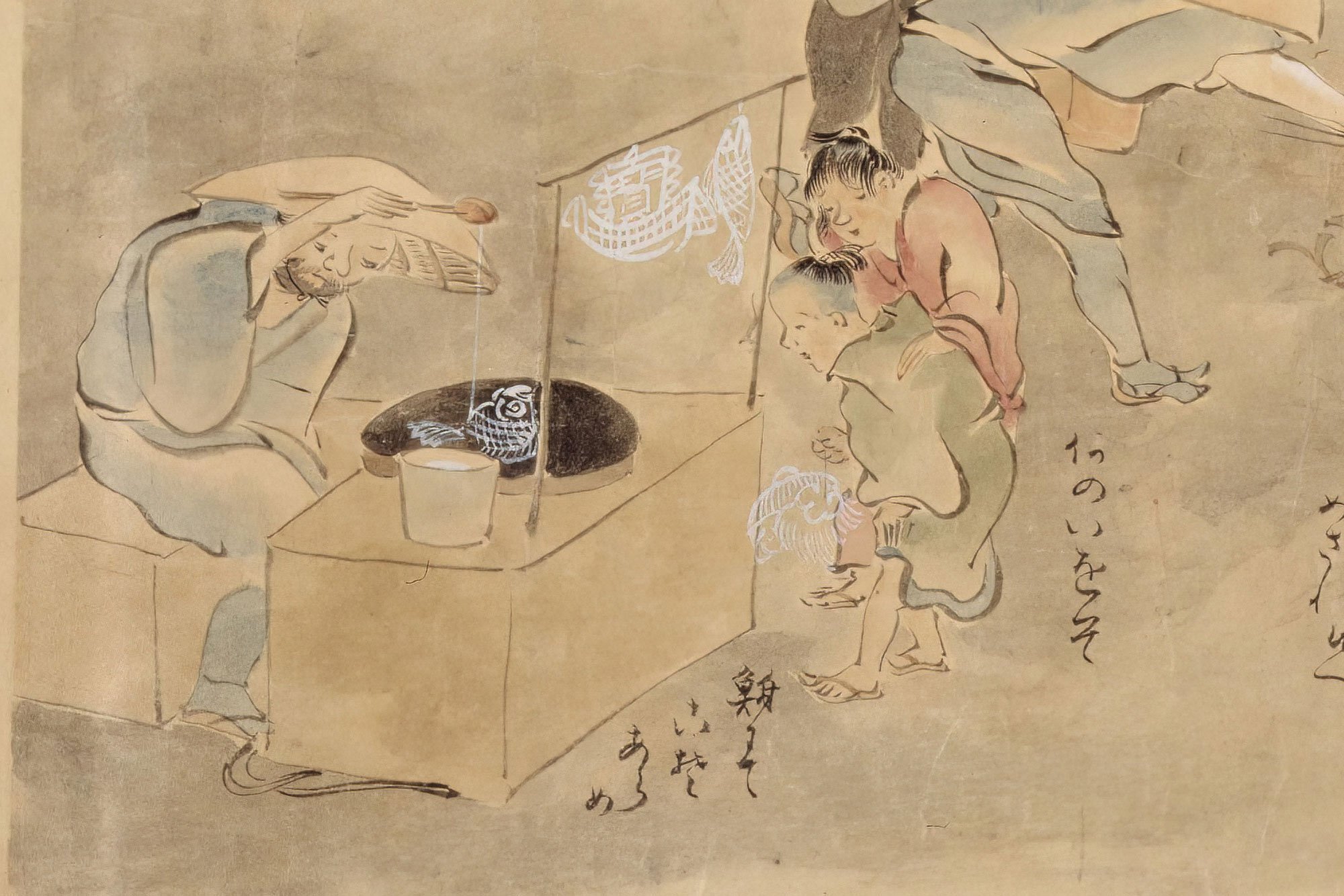 How do you pronounce Taiyaki?

Taiyaki is a 4-syllable name pronounced as follows (read the italicized parts).

This recipe can easily be converted from vegetarian to vegan by substituting maple syrup for the honey, coconut oil (or vegan butter) for the butter, and plant-based milk for the dairy milk.

Can you eat Taiyaki cold?

Taiyaki is best straight out of the pan when it is still crispy around the edges, but it’s also good at room temperature after it’s had a chance to cool. If you make more than you can eat in one sitting, you can wrap each one separately in plastic wrap and keep it in the refrigerator for up to a few days. I recommend heating it in the microwave oven for a few seconds to take the chill off if you store it in the fridge. 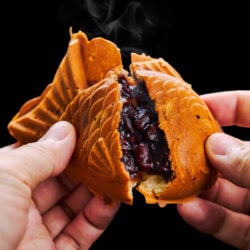